In this Wikipedia link about the excited states of oxygen, this diagram is shown.

However, in Miessler, Fischer & Tarr, Inorganic Chemistry, 5th Edition, this diagram is depicted, implying that the energy of pairing is greater and more unfavorable than the exchange energy. 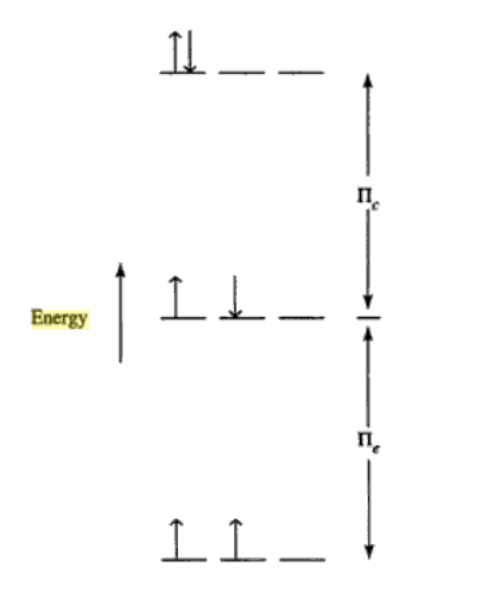 Browse other questions tagged electronic-configuration or ask your own question.

33
Is there an energy cost associated with flipping the spin of an electron?
6
How much energy does it cost to have electron configurations that are not in accordance with Hund's rules?
24
What is the physical basis for Hund's first rule?
16
Why is an energy cost associated with splitting the HOMO spins in singlet oxygen?
4
Why do halogens have odd numbers as oxidation number?
4
How to explain the excited states in the dinitrogen cation?