Ask Question
Asked 10 months ago
Active 10 months ago
Viewed 230 times
1
$\begingroup$
Closed. This question is off-topic. It is not currently accepting answers. 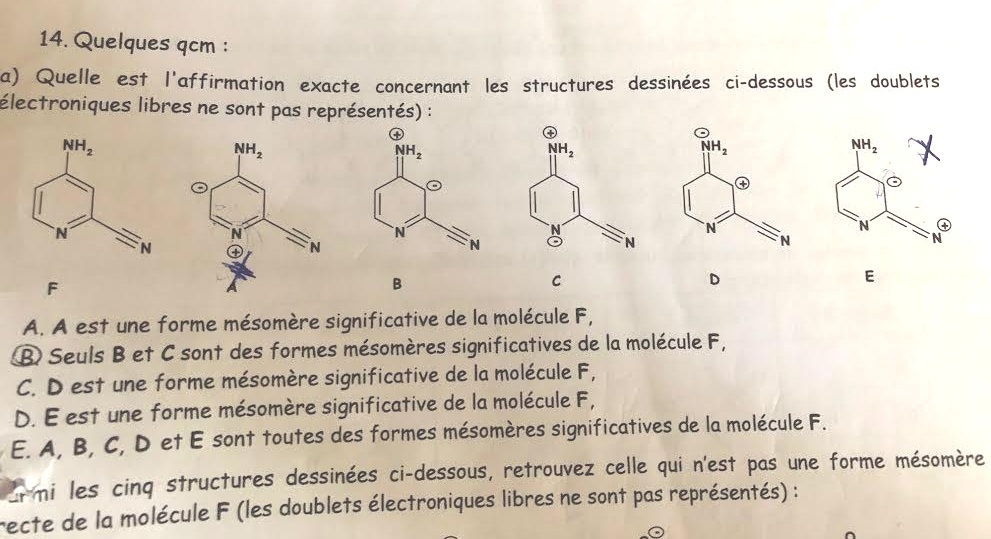 Can you please explain to me why are A and E not relevant resonance structures of the molecule F? And is B aromatic?

For A: The pyridine ring would be very strained. The lone pair on the nitrogen is also in the plane of the ring and would hardly be able to form a double bond this way.

For E: Putting a positive charge on an sp hybridized atom is never good. The more 's' character you have, the closer the charge is to the nucleus (since s orbitals are closer to the nucleus). This is higher in energy. On top of that, putting a negative charge on a 'sp3' carbon is not particularly favored either.

The relevant resonance structures of the given molecule are as follows.

In figure 2 ,an unstrained Nitrogen with $\ce{120^o}$ bond angle is shown for your reference. Therefore , this structure $\ce{A}$ is irrelevant resonance structure . 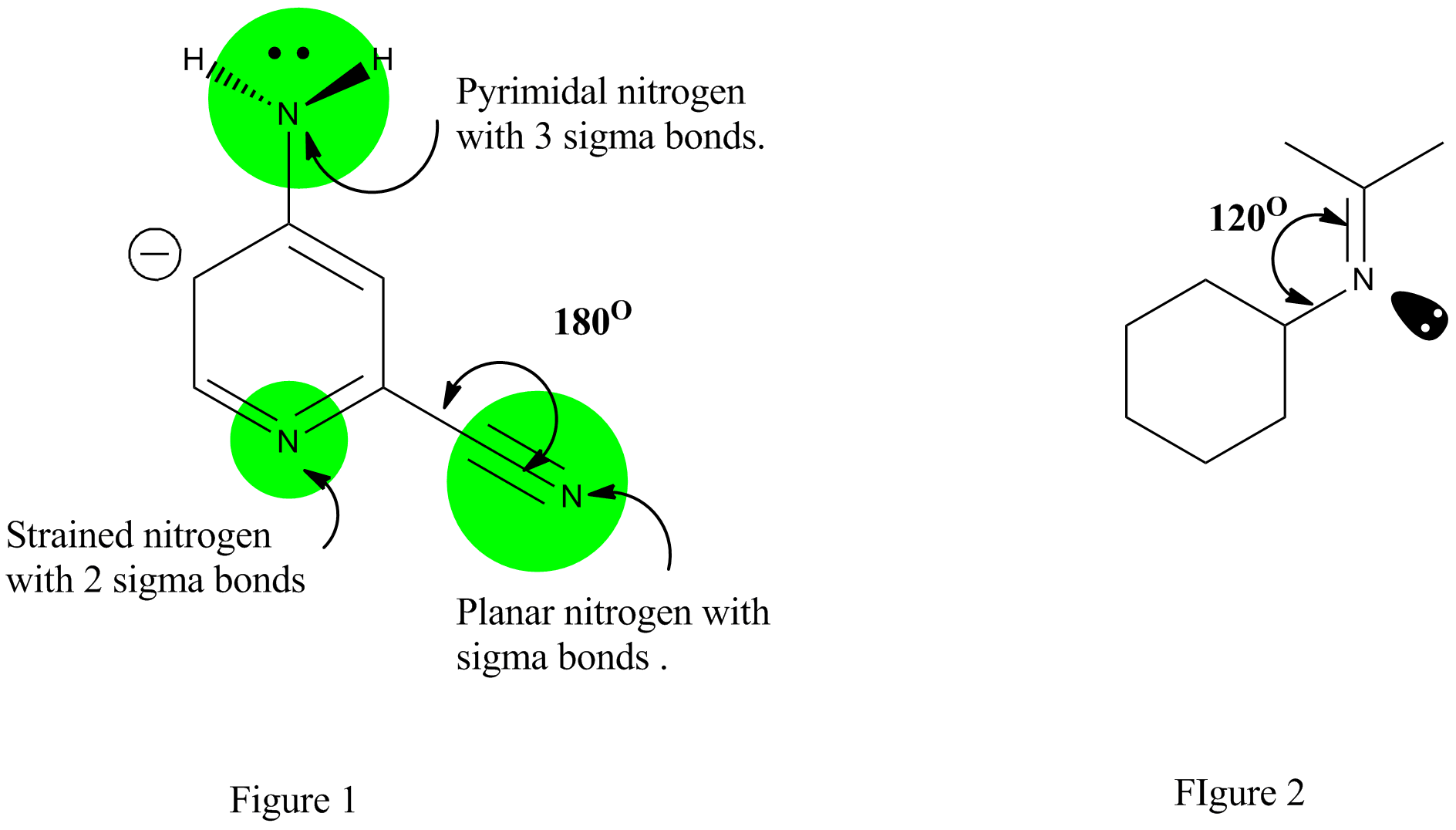