Note: I haven't owned any of these spectrometers. I'm asking so I can decide whether to buy 532nm or 785nm wavelength raman to probe molecular structure (especially solutions) and I'm concerned about fluorescence versus signal intensity. The first picture is from 16:00 minute time of this video https://www.youtube.com/watch?v=VHjmlQdzpW4&t=1099s

Why is the shape of fluorescence spectrum different between systems using 532nm and 785nm wavelength laser in Raman Spectroscopy? In the following using the 785nm RMX, the fluorescence is maximum at the left (starting at 100 cm-1) and minimum at the right (ending at 2750 cm-1).

While in the following where the sample is the coke itself using 532nm raman spectrometer, the fluorescence has the peak at center with each side at minimum (also started a 100 cm-)? 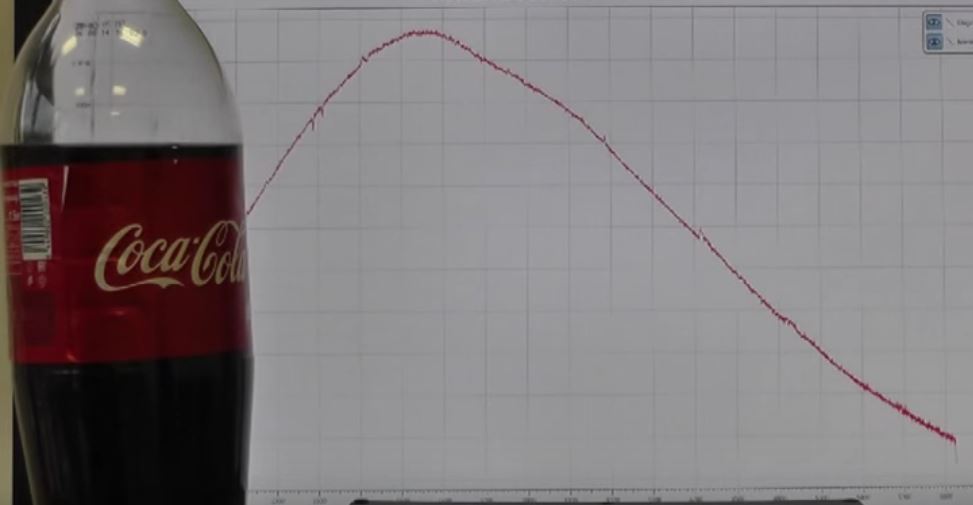 This is with the coke removed and spectra saved. The peak is at 2400 cm-1. 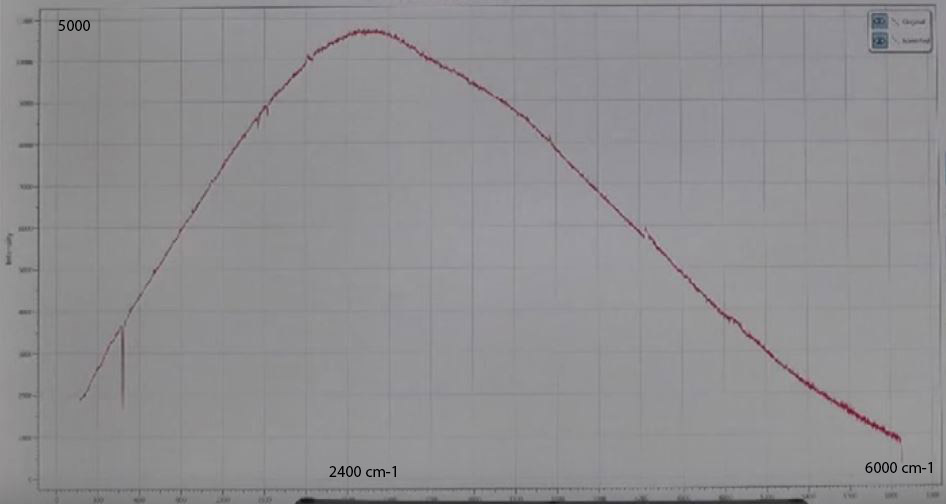 My question is that both started a 100 cm-1. But in the case of the 785nm raman, the fluorescence spectrum started at maximum already compared to the 532nm raman which has the peak at higher cm-1. Why?

There is no reason why fluorescence emission background should look similar at all with green and red excitation.

Those samples consist of totally different substances so they will have different fluorescence spectra.

Assume this black line is the fluorescence emission spectrum of one sample:

There isn't even any overlap between the spectral ranges you look at.

About buying a Raman system

Before going deeper into the buying decision I suspect you'll need to learn more about the basics of Raman spectroscopy (and maybe about fluorescence). I recommend starting maybe with some textbook chapters about spectroscopy for chemical analysis in general e.g. Skoog et al.: Principles of Instrumental Analysis if you directly like to have a focus on instrumentation (possibly also get some introductory text about spectroscopy for structure determination), and then to get deeper into Raman McCreery: Raman Spectroscopy for Chemical Analysis, ISBN: 978-0-471-23187-5.

Any serious advise about which system is better for you will need a whole lot of further background information: e.g. what samples will you measure (phase, analytes, matrices), what applications (qualitative, quantitative, spatially resolved, restrictions on measurement time, lab use vs. field use, need for polarized measurements/depolarization ratio, ...), will these specification change in future (other research projects).

As you comment that there is no Raman instrument in your country,

10
Which are the differences between resonance Raman and fluorescence?
1
Fluorescence Spectra, emission spectrum
10
Comparing the experimental and calculated UV/vis spectra for ethene
2
Quantify the effectiveness of baseline correction in Raman spectra
0
Raman Spectrum of Water
3
What exactly happen when 532nm laser cause fluorescence in red objects