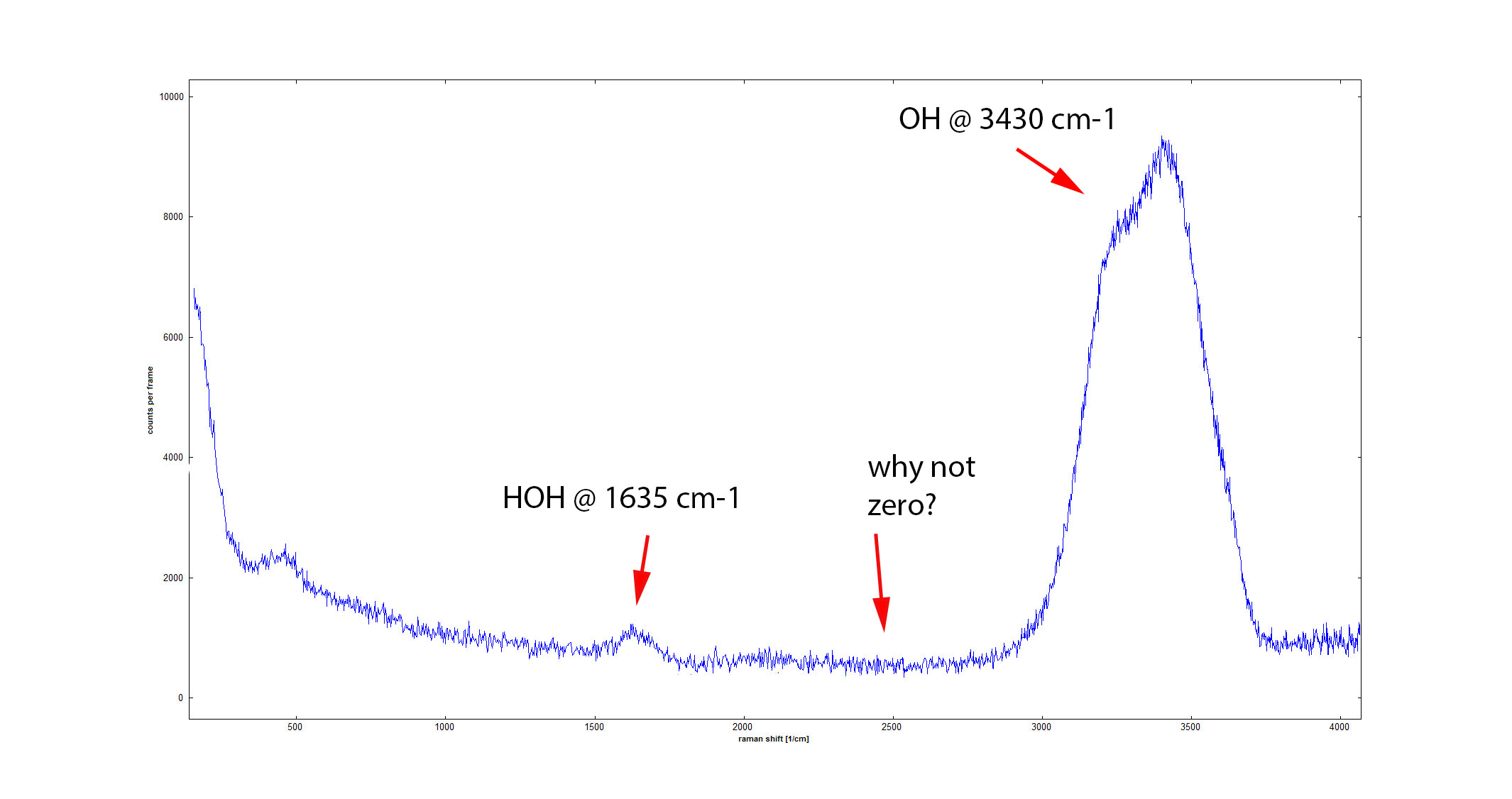 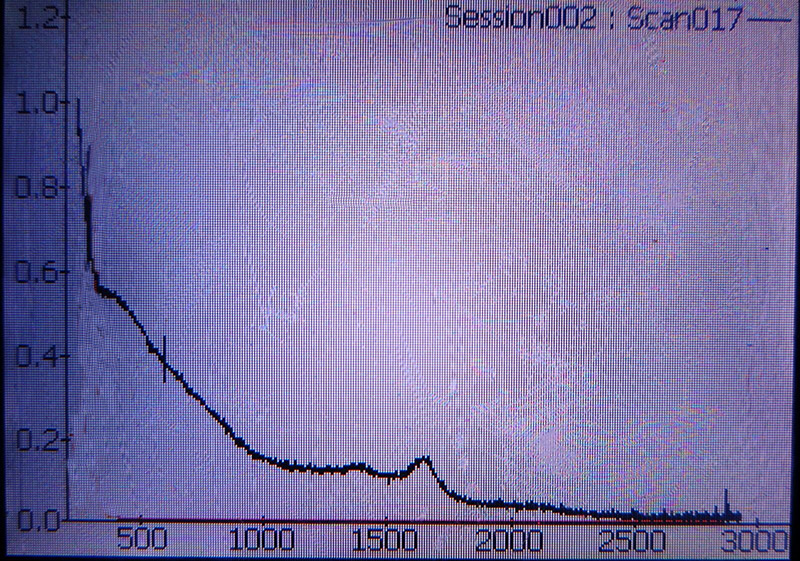 In the above picture. Why is the background dimishing to zero towards 2750 cm-1. My guess is that as wavelength gets higher, water absorbs more. But can it absorb the noise too?

This answer is based on the educated guess that the green excitation Raman spectrum was acquired with a dispersive Raman instrument*.

But why is there general nonzero background in intensity? What caused it?

For any real-life instrumentation, you should never assume to measure 0 signal for 0 analyte concentration (see also Does a calibration curve of absorbance vs concentration need to pass exactly through the origin?) nor expect the baseline to be at zero unless corrected for, even if there really were no Raman scattering outside those two bands, the instrument and/or sample preparation procedures (electronics, optics, masking, cross-sensitivity, ...) will often lead to some non-zero signal.

The CCD in the spectrograph has a so-called dark current. So the raw signal you observe is dark current plus photon signal. Dark current is influenced by settings of the CCD (you trade off sensitivity and dark current) and by temperature.

The constant part of the dark current shouldn't trouble you too much: you can measure and then subtract it (which is in fact what spectrometer software does where you see the baseline at zero). However, as subtracting spectra sums their noise** (error propagation). As Raman measurements typcially suffer from low signal-to-noise-ratio, you may want to avoid this, so Raman spectrometer software usually either outputs raw spectra or offers you the choice whether you want to subtract the dark spectra.

For SNR of Raman spectra, you'll have to take into account shot noise (Photon noise): the noise is directly proportional to the signal intensity, and that includes optical background such as fluorescence or elastically scattered or reflected light as well as your Raman signal. (And then come the other sources of noise such as flicker noise and the various sources of noise related to your application).

About the 785 measurement in comparison:

The green excitation y-axis looks like raw counts (the data itself would reveal more: raw counts are usually integer numbers). In contrast the red spectrum's y-axis goes from 0 to slightly above 1.0. Which means that some transformations have been done (which is impossible to say from the data alone - you'll have to talk to the manufacturer what they do).

Absorbance of in the range below 1100 nm is < 0.2/cm. So yes, you loose about 1/3 of the intensity through 5 mm water and back - but you can avoid that by focusing not as deep into the water.
What hurts your signal more is that the quantum efficiency down there is pretty awful for many CCDs (around 10 %, there's a reason why their spectral range ends in the mid of the -CH stretching vibrations).

* A rather safe guess, as FT instruments for such short wavelength AFAIK exist at the moment only as "home-built" instruments developed in some research facilities - whoever uses one of those is going to be fully aware that they are using something special.

** more precisely: the variances of independent random variables are additive

2
Does a calibration curve of absorbance vs concentration need to pass exactly through the origin?