According to an internal test series in FIITJEE, it was given that the following compound decarboxylates on heating, 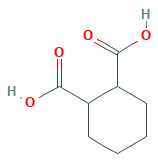 I know that β-keto acids undergo decarboxylation on heating, but I was not sure about the above compound. So, on searching the internet, I found this post, Why are beta-ketoacids better at decarboxylation than gamma or delta? which seems helpful.

As, it says that for γ-keto acids or δ-keto acids, decarboxylation will most likely not happen with a beautiful explanation. So, I drew a possible mechanism and here's what I came up with:

With the help of the reasoning given by @TOLA3HPPA, I can say that decarboxylation will not happen as opposite charges are much separated, but I'm not sure about the mechanism.

Browse other questions tagged organic-chemistry reaction-mechanism reactivity or ask your own question.

11
Why are beta-ketoacids better at decarboxylation than gamma or delta?

4
What happens when 3-(2-chlorophenyl)propanenitrile is treated with sodium amide?
0
Mechanism for decarboxylation
7
Elimination of bromine with sodium iodide and electrocyclization
0
2 problems with elimination-addition of halobenzene using NH2-