Why does the tautomerism of purine favor 9H-purine? [duplicate]

I tried to explain the equilibrium by comparing the basicity of different nitrogen atoms in a purine anion, but I can’t see any obvious difference. Seems like that the 9-N will be the most basic because it can have two adjacent imine structure while keeping the structure of pyrimidine untouched. Computational results will be appreciated.

The given purine has two structures as shown below.

This could be the reason why $\ce{9H–Purine}$ is more favored tautomer compared to $\ce{7H–Purine}$. 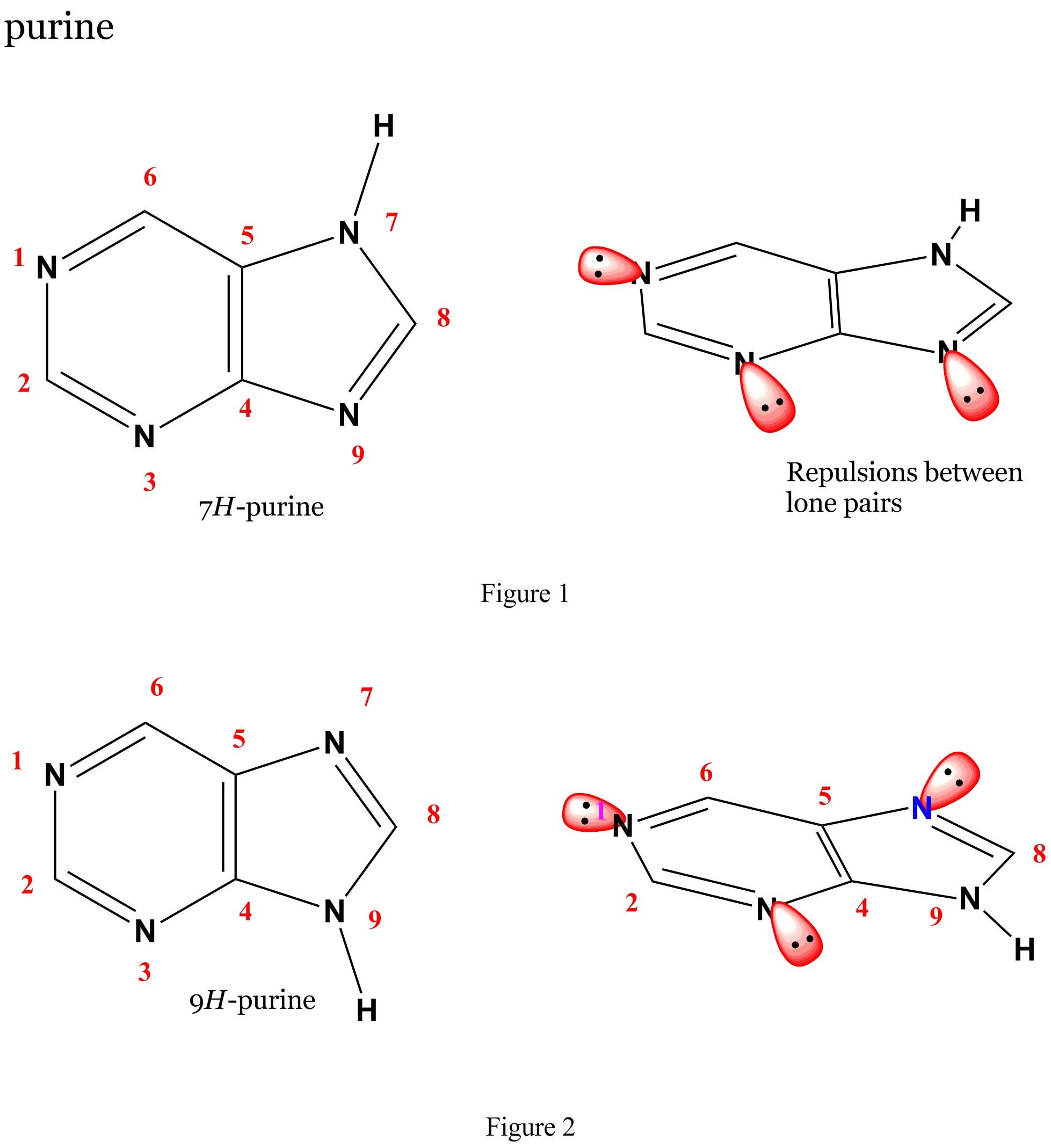 8
Basicities of nitrogen atoms in purine