I want to calculate minimum detectable activity (MDA) at 200 and 300 keV energy of a gamma spectrometry by HPGe detector. 662 keV Photopeak is present for 137Cs.

What background value $B$ should I use in the above cases? 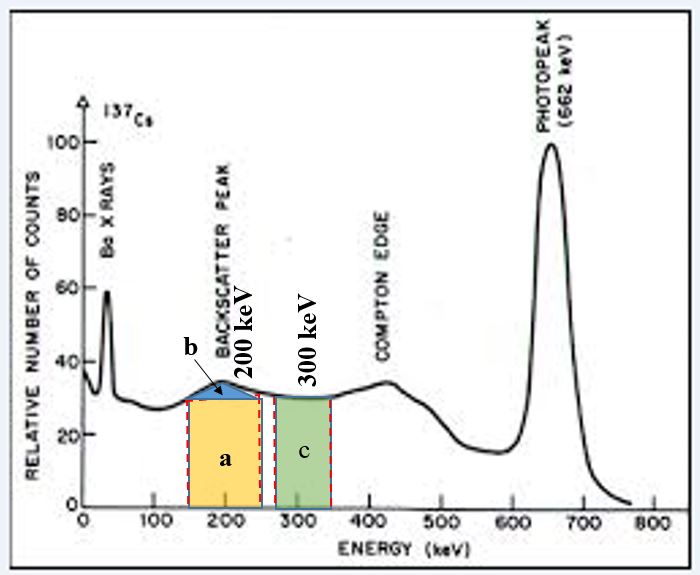 The Currie algorithm* for the calculation of the minimum detectable activity (MDA) is generally considered obsolete. Today, detection limits are calculated according to ISO 11929 and related standards (for example, see also https://chemistry.meta.stackexchange.com/a/3283/7951)

Nevertheless, when using the Currie MDA algorithm, the detection limit $L_\mathrm D$ is calculated using $$L_\mathrm D=k^2+2L_\mathrm C$$ which can be translated into MDA.

Not the answer you're looking for? Browse other questions tagged electromagnetic-radiation nuclear-chemistry semiconductors or ask your own question.