We know Bohr said that the angular momentum of an electron is an integral multiple of $nh/(2π).$ And in de Broglie's wave equation, he said the circumference of the path of the electron traveling as a way is $n$ times the wavelength, which is equal to $2πr.$

But in Bohr's model $n$ is the principal quantum number, while the $n$ in de Broglie's equation is the number of wavelengths in the one revolution. I don't understand how they are equal.

Strictly speaking de Brogile doesn't prove Bohr's postulates which are mostly wrong. But he did provide an explanation for the most important of Bohr's ideas: electron orbitals are quantised.

Bohr's whole model starts with the classical idea that electrons "orbit" a nucleus. But this has several problems not least of which is why don't they just radiate away their energy and fall into the nucleus (which is what accelerating charges should do in classical electromagnetism). Bohr made the extra assumption that the electrons around a nucleus could only "orbit" in a small number of fixed paths or orbitals which explained the actual observations. He didn't have any good reason why this was true.

de Brogile provided a reason. According to his postulates things like electrons are not just classical particles but have some of the characteristics of waves. and the thing about waves is that they interfere with each other. Electrons orbiting a nucleus can only do so if their wave-like property fits into a specific orbit (the way the vibrations in a guitar string produce only specific notes made from standing waves of integer divisions of the string length). Imagine integer numbers of electron waves around a nucleus and you are a third of the way of getting the picture (electrons orbit in 3D so the compatible vibrations are spherical harmonics in 3D space not the easier to picture vibrations of a 1D guitar string).

de Brogile, in short, produced a justification for the Bohr assumption that electron orbits had to be quantised.

Those pictures you see of electron "orbitals" are, in essence, pictures of the possible "waves" electrons can form when orbiting a nucleus.

All the above simplifies things a bit but the key ideas were from de Brogile and were more fully mathematicised by Dirac and Schroedinger giving us the modern quantum picture of how electrons behave.

Hence, de-Broglie's theory and Bohr's theory are in agreement with each other. de-Broglie's concept supports the postulate of Bohr that the angular momentum of an electron in an orbit is quantised.

In case if the circumference of the electron orbit ($2nr$) is bigger or smaller than $nλ$, the electron wave is said to be out of phase. Then there occurs destructive interference of electron waves causing radiation of energy, such an orbit cannot exist. 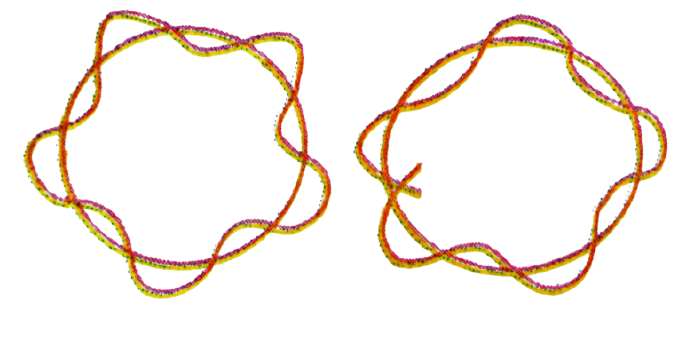 Not the answer you're looking for? Browse other questions tagged atoms history-of-chemistry atomic-structure or ask your own question.

8
Why are all the orbitals that have the same principal number in Hydrogen degenerate?
5
Quantum mechanical model of atom and the quantum numbers
2
What facts are being used in this atomic structure question?
0
Deducing the shell when transition occurs such that two photons are discharged