What is the major product obtained on acidification of substituted epoxide?

Which of the two paths should I choose that would lead to a major product ?

The reaction of epoxyketone 1 affords diketone 2 under photochemical and thermal conditions ostensibly through the diradical.1 Boron trifluoride provides the diketone 3 through acyl bond migration and not via alkyl group migration as in your intermediate 3a. I have not located a proton-catalyzed reaction. Unfortunately, diketone 3 was not one of your choices. 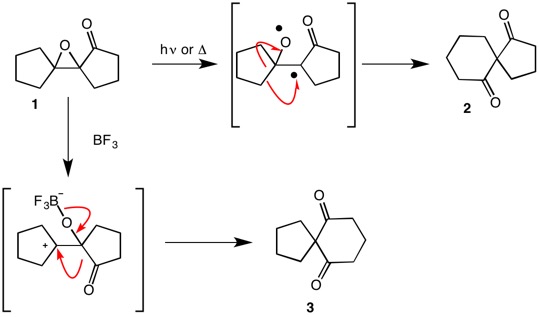