What is non-hückel double bond of Aromaticity? [duplicate] 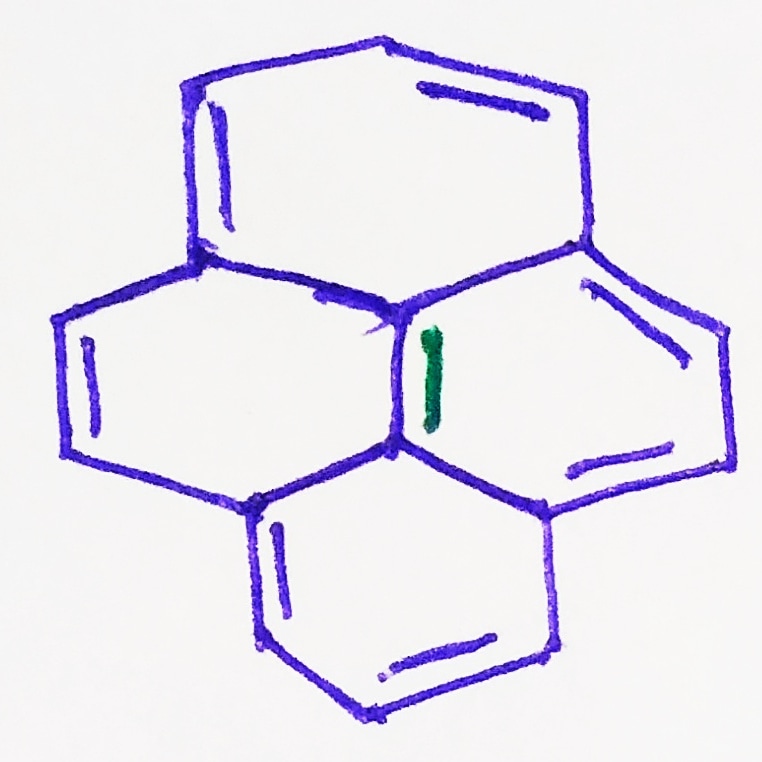 [ Here, in figure the green one is non hückel double bond ]

In the given molecule Pyrene , the π bond shown in green is in cross conjugation (shown in green in figure 1). This bond( figure 2) is excluded from interaction with rest of conjugated system. Hence , the central $\ce{C=C}$ isn't hosted by the largest p orbital loop, so it's not counted towards Hückel's rule for aromaticity.

The outer periphery (shown in blue in figure 3), is a loop of $\ce{14 π}$ electrons , therefore aromatic. This may be possible hückel double bond you are referring to. 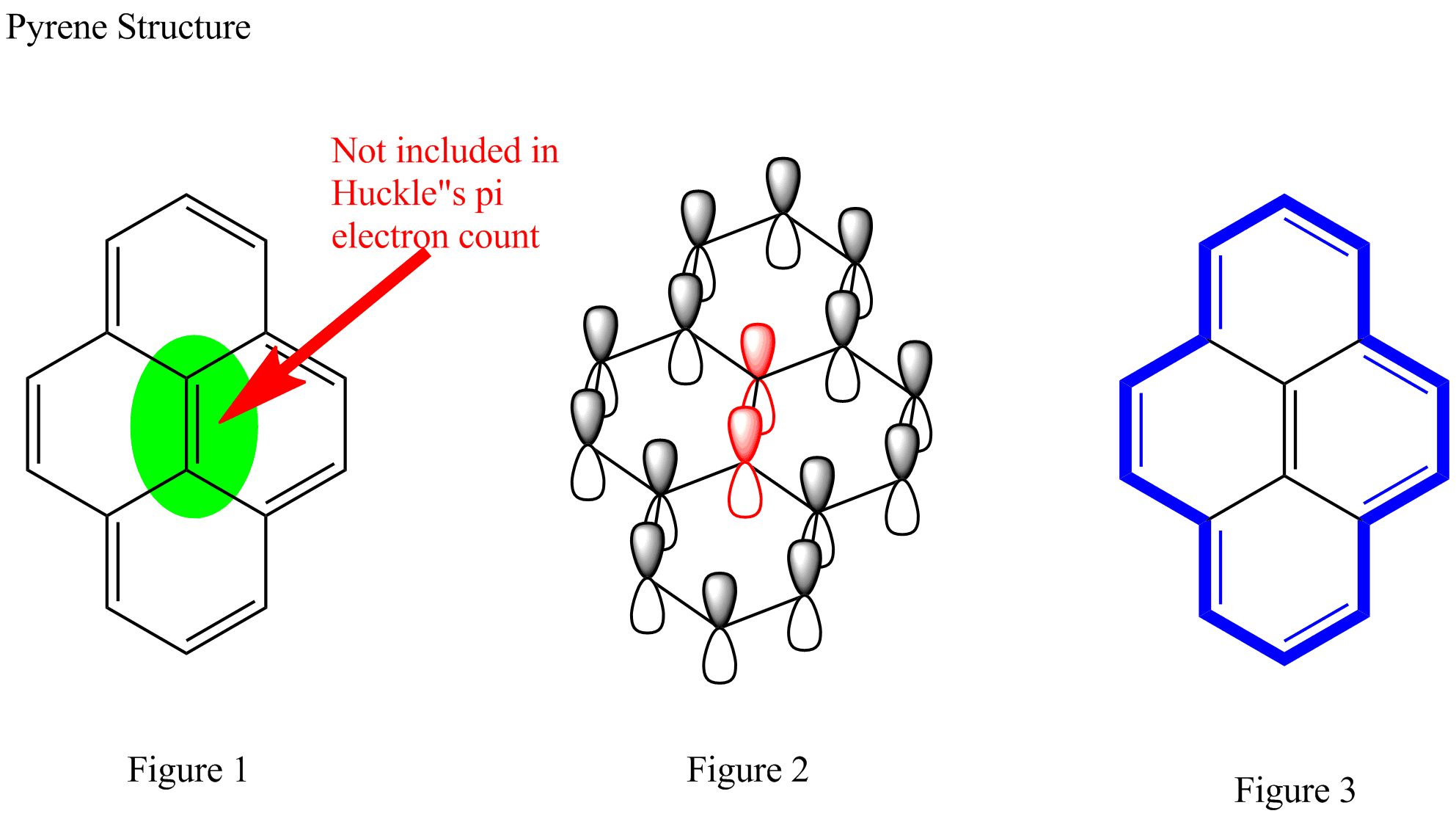 Not the answer you're looking for? Browse other questions tagged aromatic-compounds aromaticity or ask your own question.

22
What is Y-aromaticity? Is the trinitromethanide anion aromatic?
1
Aromaticity of 1,1'-bi(cycloprop-2-en-1-ylidene) and 1,4-dioxine
23
How does the cyclopropyl group influence conjugation and aromaticity?
5
Aromaticity of two rings connected by double bond