gain of oxygen or more electronegative element by a substance.

After it was redefined and said as

oxidation is loss of electron(s) by any species.

Again it is being redefined and stated as

oxidation process is visualised as a decrease in electron density.

I can't understand why they are changing the definitions again and again. I mean what things they are taking into consideration, each time they define the term

The IUPAC definition is the following:

All oxidations meet criteria 1 and 2, and many meet criterion 3, but this is not always easy to demonstrate. Alternatively, an oxidation can be described as a transformation of an organic substrate that can be rationally dissected into steps or primitive changes . The latter consist in removal of one or several electrons from the substrate followed or preceded by gain or loss of water and/or hydrons or hydroxide ions, or by nucleophilic substitution by water or its reverse and/or by an intramolecular molecular rearrangement . This formal definition allows the original idea of oxidation (combination with oxygen), together with its extension to removal of hydrogen, as well as processes closely akin to this type of transformation transformation (and generally regarded in current usage of the term in organic chemistry to be oxidations and to be effected by 'oxidizing agents') to be descriptively related to definition 1.

So that is the official definition, and it also gives multiple rules (and admits that the third rule does not always work). In order to use the second definition, you also need to look up their definition of oxidation state.

Definitions in your textbook

I can't understand why they are changing the definitions again and again.

They are changing the definition to apply the concept to more and more reactions.

In the explanation of the IUPAC definition I posted above, they mention "the original idea of oxidation (combination with oxygen)". That's where your first textbook definition comes from. So the following reaction is an oxidation because there is a reaction with dioxygen:

If I want to call the similar reaction with fluorine an oxidation as well, I have to generalize the definition to loss of electrons (your second definition). So this would be an oxidation of iron(II) as well:

Finally, if I want to generalize further to reactions where I want to discuss loss of electrons in atoms that are part of a covalent molecule, I need some accounting scheme to assign valence electrons to individual atoms (this is called oxidation number or oxidation state). Once that is in place, I can discuss reactions such as the following in terms of oxidation (and reduction):

Here, your first definition does not apply (no oxygen) and your second definition is difficult to apply (how do we know which species lost electrons - they are all neutral, and they all have different composition?). So that is where you need some rule similar to your third rule ("decrease in electron density"). Usually, though, this is stated using oxidation states so that you are back to gaining or losing an integral number of electrons (i.e. oxidation state changed by +1 rather than "the electron density decreased slightly).

At this point, it becomes a bit fuzzy and there will be situations where the oxidation state is ambiguous. You gain clarity in the context of electrochemistry when you separate reactions into half reactions in electrochemical cells, and can actually measure the transfer of electrons that pass through the wire connecting the two cells.

These statements rather clumsily explain oxidation, but none of them are really "wrong".

Oxidation is typically (in nature, at least) done by forming a new bond to oxygen, since it is abundant in the air and rather reactive. Because oxygen is normally (again, in nature) more electronegative than whatever it is bounded to, it drains electronic density, which is equivalent to a "loss" of electrons. However, in chemistry, the situation is a bit more complex.

Different functional groups will influence the electronic density. For example, a carbon O-bonded to an ester will likely be more positively charged than if it were O-bonded to an alcohol. The reason is that the oxygen in the alcohol is relatively electron rich, which the ester oxygen delocalizes part of its electronic density in the carbonyl, making it poorer.

In other words, the oxidation number is a simple and robust way of defining oxidation. But to fully understand the reactivity of molecules, you need to "see" the electronic density.

As per IUPAC gold book , reduction and oxidation are defined as follows$^1$ $^2$.

A reduced species can be formed also through the gain of electrons (either at the negative electrode in a cell or through transfer from another atom, ion or group of atoms in a chemical reaction).

Oxidation consist in removal of one or several electrons from the substrate.

Further , the following series are also taken to be reduction and oxidation (in organic chemistry). 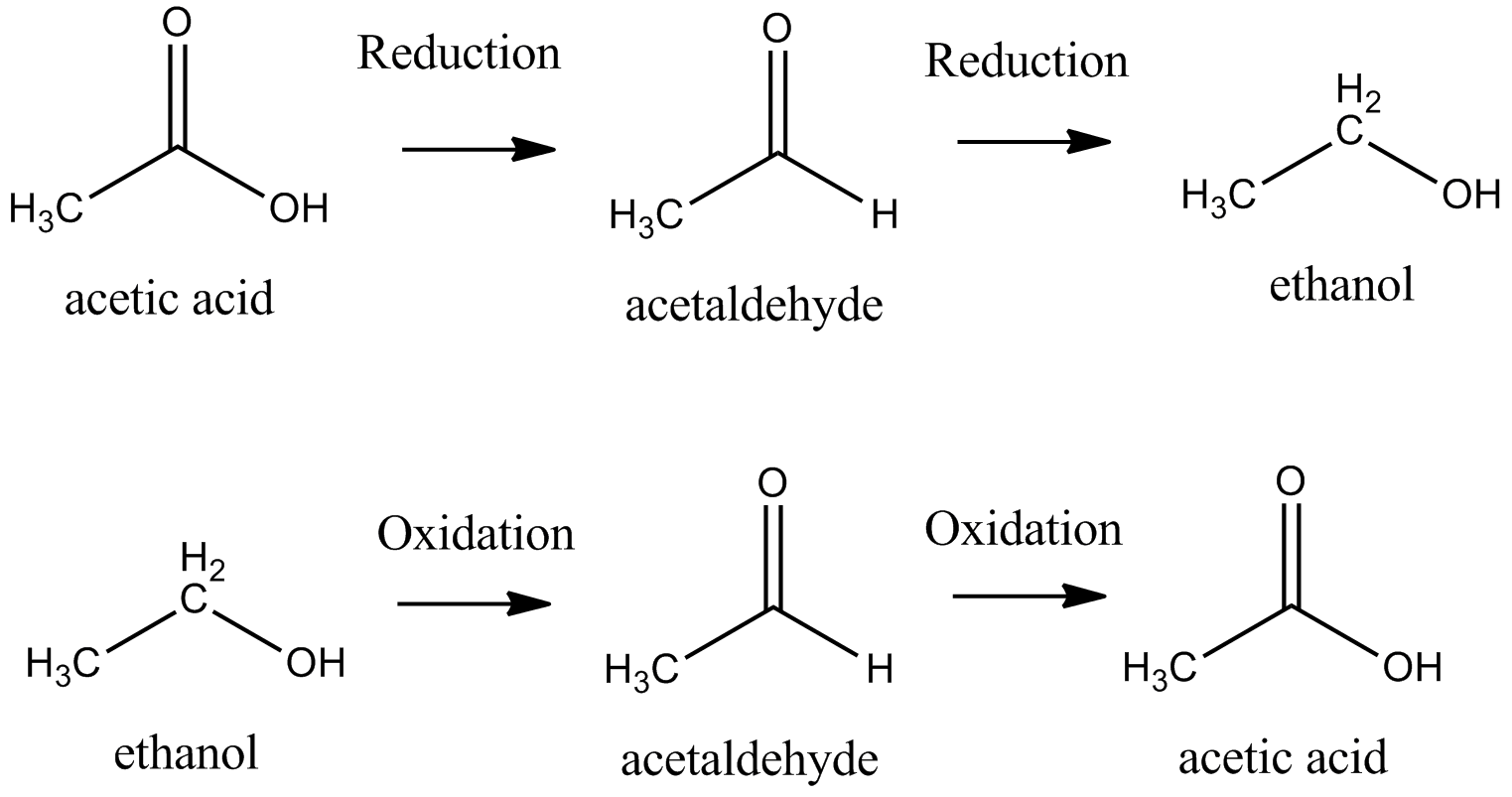