How can electron move between two metals without the presence of electric field?

The wording of the question hides the answer.

Electrons do not move from Zn to Cu. They move from neutral zinc to cupric ion Cu++. The field arises from the mix of H2O, H+, OH-, SO4--, and Cu++ all around the Zn rod. Could electrons be forced onto Zn from OH- or SO4-- ? No.There is no gain in stability; energy would be needed. Or could electrons be attracted to H+; yes, and even more so to Cu++. And the final products (Zn++ and neutral Cu) would be more stable.

How can electron move without a field?

There is a field, the field of two nuclei (shielded by some electrons, if you will). In the figure below, the top shows the potential energy (y-axis, arbitrary units) of a free electron in a homogeneous electric field (changing along the x-axis). It will move along the gradient, like in an old-style TV with a cathode ray tube. 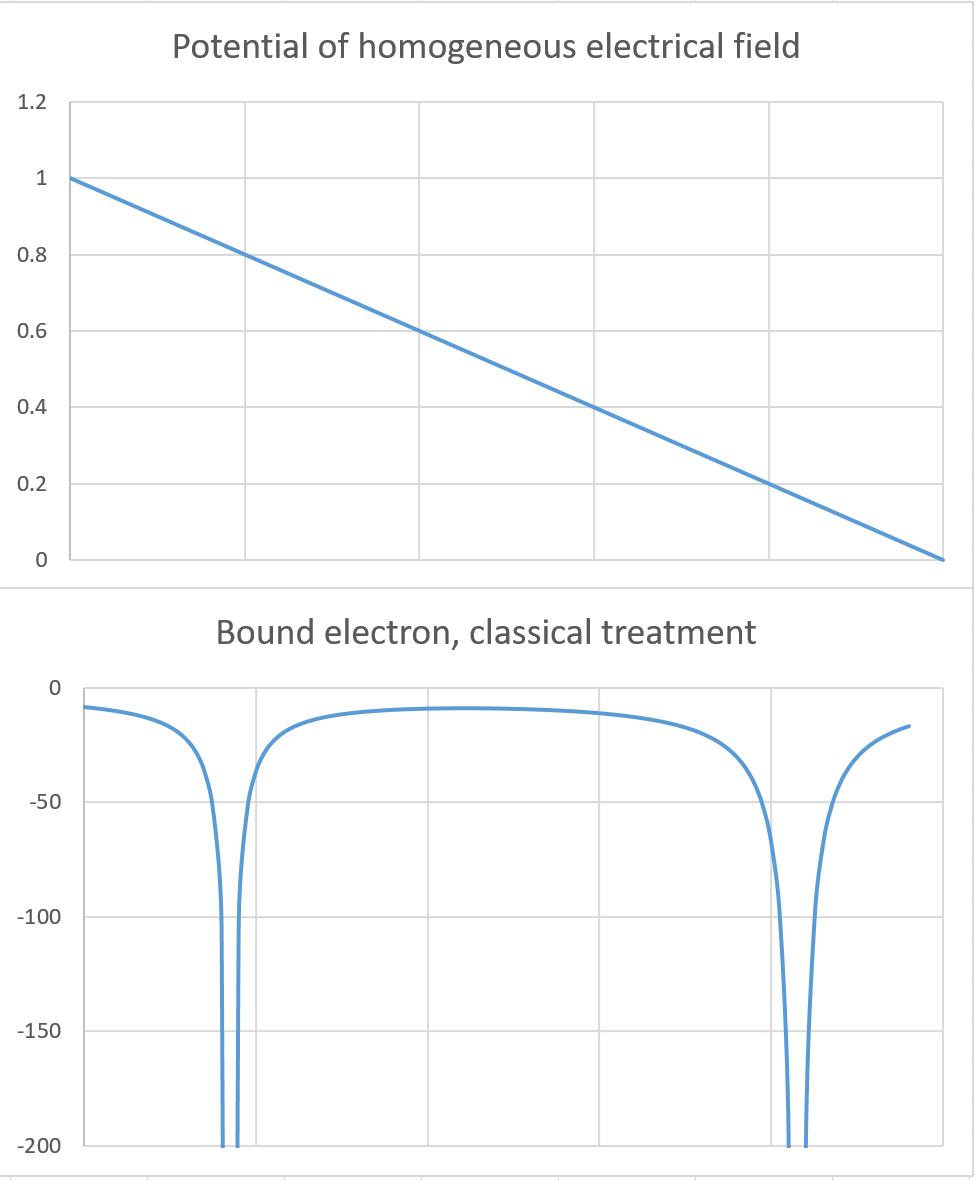 If you treat the situation of an electron transfer in a pre-Planck way, it will look like the lower panel (again, the y-axis is the potential in arbitrary units, and the x-axis location). There are two infinitely deep wells in the potential energy landscape, and the electron would disappear in either of them.

Instead, quantum mechanics describes that the energy of the electron is quantized, and there are bound states near each nucleus. Using a one-electron approximation, if the highest occupied orbital of one atom/molecule/ion (species) has a higher energy than the lower unoccupied orbital of the other species, the electron will transfer "when given a chance" (the latter has to do with distance and other subtleties).

From which to which species electrons will transfer is described by the electrochemical series (or the reduction potential). If the two nucleic are sufficiently close, the electron can tunnel, so it can overcome a high barrier without input of energy. Rudolph A. Marcus received the 1992 Nobel prize for work on electron transfer in chemistry; you can read the Nobel lecture here.

6
Why do Electrons leave the Zinc in a Galvanic Cell
4
What causes electrons to move from zinc to copper?

1
Electrochemical Cell
4
What causes electrons to move from zinc to copper?
10
In practice, do polar molecules actually align in an electric field?
4
Copper electrode in a Daniel cell
0
Why does an electrochemical cell work?