Some of my teachers were debating about whether a double bond in conjugation with a ketone is reduced or not by $\ce{NaBH4}.$ One of my teachers presented the evidence from Clayden which had an example where a cyclic ketone was reduced alongside the conjugated double bond.

However, there was no example for a straight chain compound. Also, the book said that steric hindrance may affect the reduction process and only favour the reduction of ketone.

I want to know that is there any authentic source which has an example of reduction of a conjugated double bond and ketone via $\ce{NaBH4}.$

Scifinder shows lots of reactions such as you describe. Often (but not always) copper is used to help favour the 1,4-addition (alkene reduction) process. 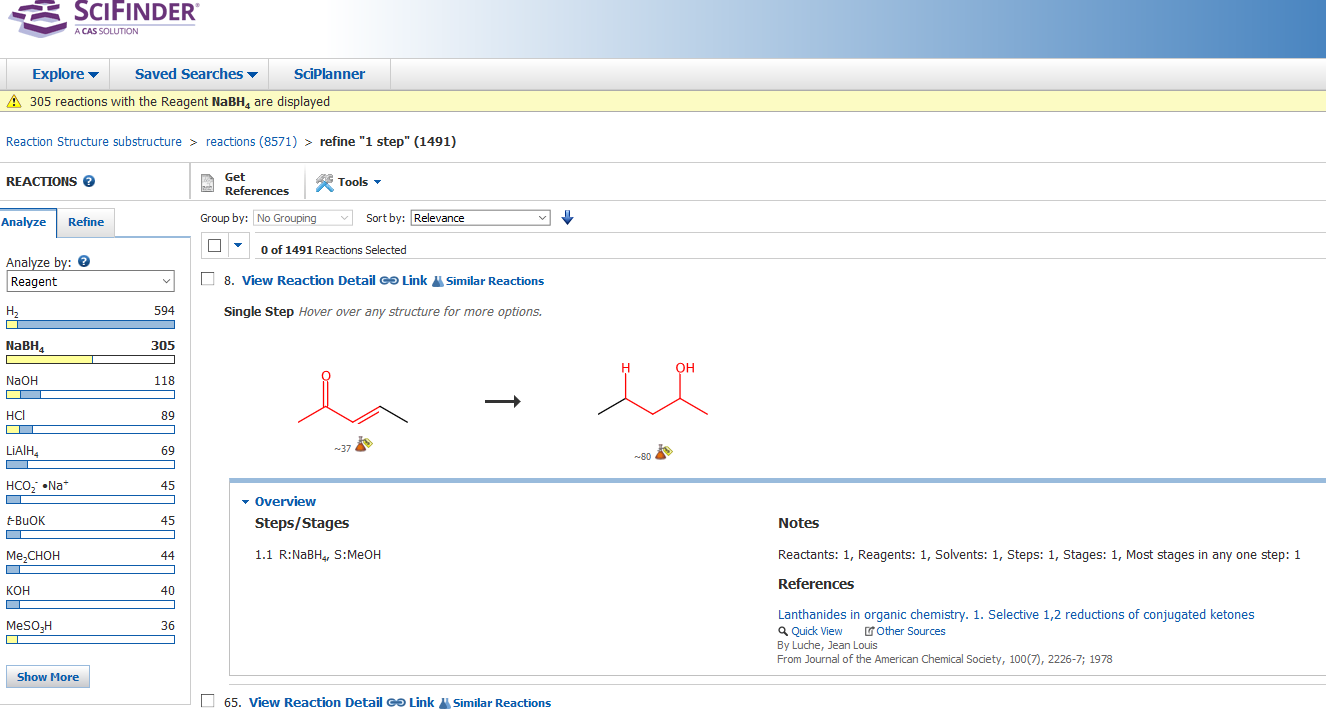 The simplest example I can see is the reduction of 3-penten-2-one[[2]] - when treated with NaBH4 the majority (89%) is reduced at the ketone only, while 11% of the doubly-reduced product is formed:

Obviously different substrates would give different product ratios, but certainly this is a plausible (and precedented) reaction.

13
Why does LiAlH4 reduce the double bond of cinnamaldehyde, whereas NaBH4 does not?