In an emission spectrum, the limit of convergence at higher frequency corresponds to the first ionization energy

This is one of the syllabus points in the IB syllabus 12.1. We are advised to use the formula for the energy to remove one electron:

which apparently is the same as

However, isn't $ν$ the frequency of the emitted radiation when the electron falls from $E_2$ to $E_1$ (so with energy same as the energy difference between $E_2$ and $E_1),$ and not the frequency with the energy $E_2,$ i.e. the convergence limit?

I think I've misunderstood something and I'd appreciate if someone could explain this to me. Please use simple language because I'm only in high school.

So where does the infinity enter the picture? Well, a positively charge sodium ion and the electron that escaped from it attract: opposite charges attract. The Coulombic force of attraction is an inverse square law, similar to gravity, so total absolute freedom would mean that the electron was infinitely far away from the sodium ion and had zero kinetic energy, i.e., zero energy of motion. But, as a practical matter, the separation can be relatively small, not infinity! As a practical matter, it is known experimentally that an isolated sodium atom, doing its thing in a vacuum, can be ionized by shining $\pu{242 nm}$ light on it.

In your example, suppose a sodium ion, in vacuum, happened to recombine with a free electron. Assume the sodium ion and electron are moving very slowly relatively, so there is negligible excess kinetic energy: we don't want the electron to 'harpoon' the poor sodium ion! The electron could drop down into any empty orbital of the sodium ion. Potentially, that is an infinite number of possibilities, hence M. Farooq's answer (and sweet Grotian diagram). The result would be release of a photon with wavelength longer (numerically 'larger') than $\pu{242 nm}$. This excited (it has more energy than a 'ground state') sodium atom must eventually drop to the 'ground state' (the only state where it is indefinitely stable) by emitting one or more additional photons or perhaps getting 'mugged' of its excess energy, via collision with something else. This is collisional deactivation.

But what if the electron dropped all the way down, in one fell swoop, to the 3s orbital? Then the resulting sodium atom would be in its 'ground state', i.e., lowest energy (and only indefinitely stable) state, and the emitted photon would be at $\pu{242 nm}$.

Interesting point, but transitions from n= infinity to some value of n give rise to a continuum. This type of emission might happen at extremely high temperatures. A free electron in a plasma or a gas phase can have a continuum of kinetic energies (i.e. it is not quantized) unlike a bound electron to a nucleus. When free electrons recombine an ion, this recombination will lead to an emission of a range of wavelengths. You cannot tell a free electron to "fall" to a particular energy level. On paper it may sound easy, but experimentally is very difficult to determine a transition from infinity. Although Grotrian diagrams are not taught in chemistry, they are quite useful in visualization of emission spectrum. Have a look at the Grotrian diagram of Na. You can visually see convergence limits and corresponding wavelengths. This image is from his original book in German. 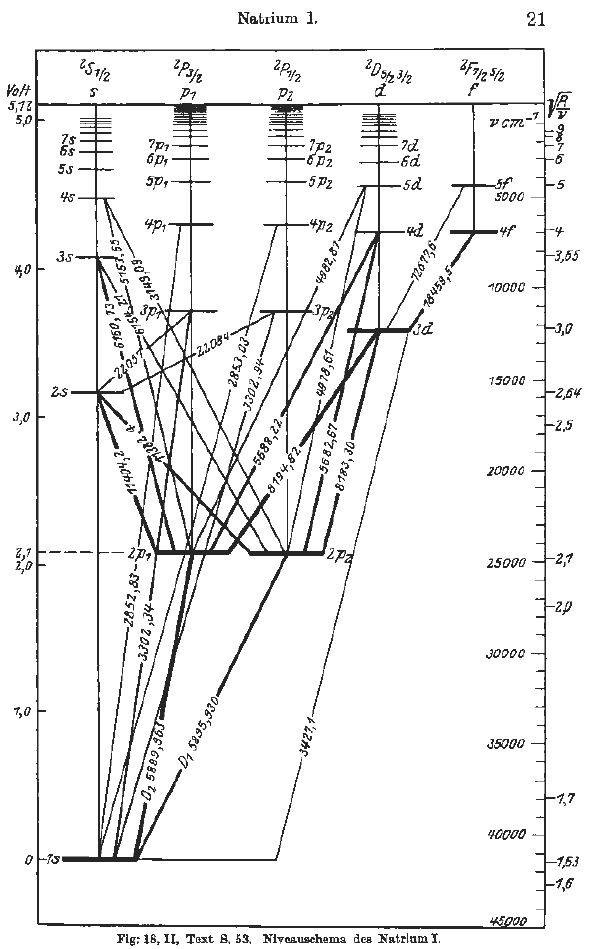