Why are isotopes an issue in reading mass spectra?

It is my understanding that the isotope distribution for carbon and hydrogen, for example, are skewed heavily toward one species, i.e., one isotope accounts for ~99% of the abundance of the element in nature. If this is true (I question my ignorance on this point and others), then, the other isotope peaks should be negligible in the mass spectra or at least fall below the threshold for processing and remain unprocessed peaks.

I am asking this question within the realm of biological compound mass spectra. I read a post here that states that $\ce{Br}$ has near 1:1 abundance for two isotopes. It would explain the need to consider isotopes for those biological compounds with elements such as $\ce{Cl}$ which has ~3:1 ratio for its two most abundant isotopes. So, in light of the fact that $\ce{C, H, N,}$ and $\ce{O}$ make up 96.5% of a biological organism's weight, are isotopes an issue only when elements such as $\ce{Cl}$ or $\ce{Br}$ are constituents of the compound?

Here is the "periodic table for biomolecules" (leaving out hydrogen, please ignore silicon): 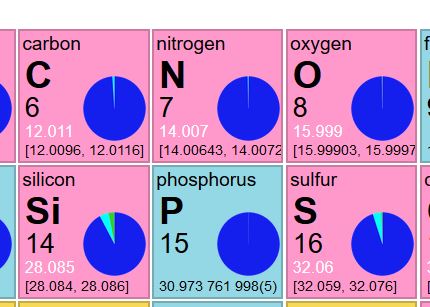 The pie chart shows the isotope distribution. Of the elements C, N O, P, S and H, sulfur has the highest abundance minor isotope (around 4%). On the other end of the spectrum,phosphorous is a mono-isotopic element, with just one stable isotope. There is an interactive version at https://www.isotopesmatter.com/applets/IPTEI/IPTEI.html.

So for small metabolites, there will be little signal due to minor isotopes. However, in a macromolecule with hundred carbons, the 13-carbon isotope (around 1% abundance) does become relevant. The signal for the mass ion will approximately follow a Poisson distribution, with zero or one 13-carbon isotope in the molecule as most probable: 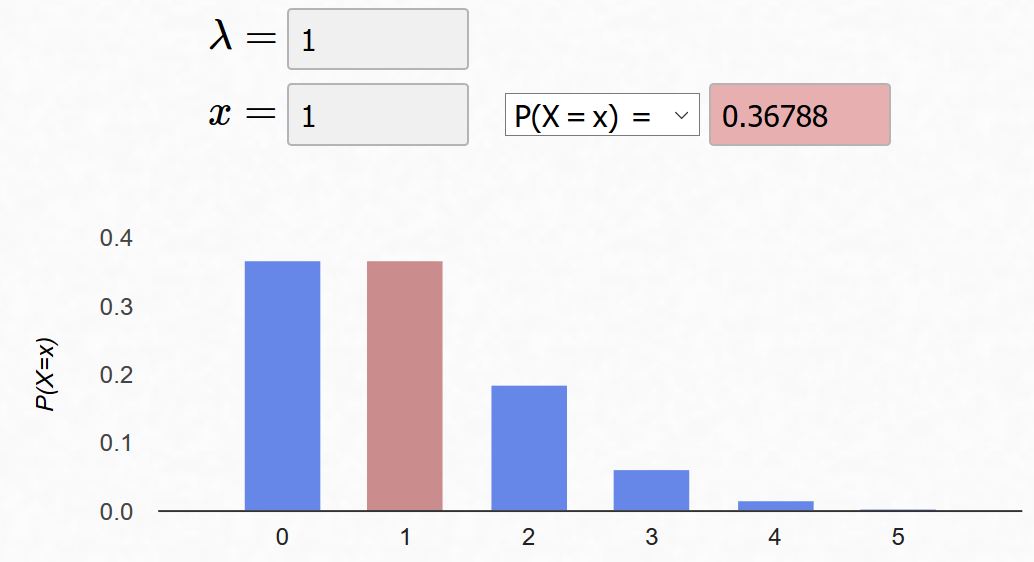 For smaller numbers of atoms in a molecule, the multinomial distribution is appropriate, as explained here: https://chemistry.stackexchange.com/a/87669/72973

You have already got an answer by Dr. Karsten, but let me add that modern mass spectra have become sensitive beyond imagination.

Secondly, the resolution of mass is no longer a problem. Fourier transform ion-cyclotron resonance mass spectrometer (a mouthful) is extremely sensitive to mass differences. Yes, if you have a low concentration, your main analyte peak may be buried and the isotopic pattern might be hard to distinguish.

However, if the concentration is decent, you should be able to see C-13 (and other isotopes) as stated above. One can find a chart, where the isotopic pattern is given for each element to help in interpreting mass spectrum. Isotopic pattern is actually not an issue but a blessing because it confirms the presence of a certain element in a complete unknown.

No, isotopes are always an issue, even just for hydrocarbons.

The human protein titin has 169,179 carbon atoms. At natural abundance, the most common mass isotopologue would have 1816 of these atoms labeled. That is, the most intense peak of just the carbon atoms would be 1.8 kDa heavier than the monoisotopic peak.

The other thing that happens as molecules get larger is that the isotopic distribution gets broader and broader. Any particular isotopic peak may not be well-resolved from its neighboring mass isotopologues. And the "monoisotopic" peak may be very weak or completely absent from the spectrum.

Not the answer you're looking for? Browse other questions tagged analytical-chemistry mass-spectrometry isotope or ask your own question.

12
Biological Consequences of Asteroid Mining—Death by Isotope?
8
Why do higher-mass isotopes have higher melting and boiling points than lower-mass isotopes?
1
Predict NMR spectra from the Mass Spectrometry
0
How do I explain the existence of these 2 peaks in this mass spectrometry?
2
How do we know the natural abundance of isotopes on Earth?
3
Biological activity of the isotopes of the same element
4
Relative abundance of mixture in mass spectra