Grignard alkene on a carbonyl

I was given the following mechanism to prove today post-lecture:

and my attempt is given below.

Now, when the negative charge on the alkene attacks the carbonyl, the electrons are pushed onto the oxygen - which is understandable. My question is: why do these electrons come back down, rather than just be protonated to give an alcohol? 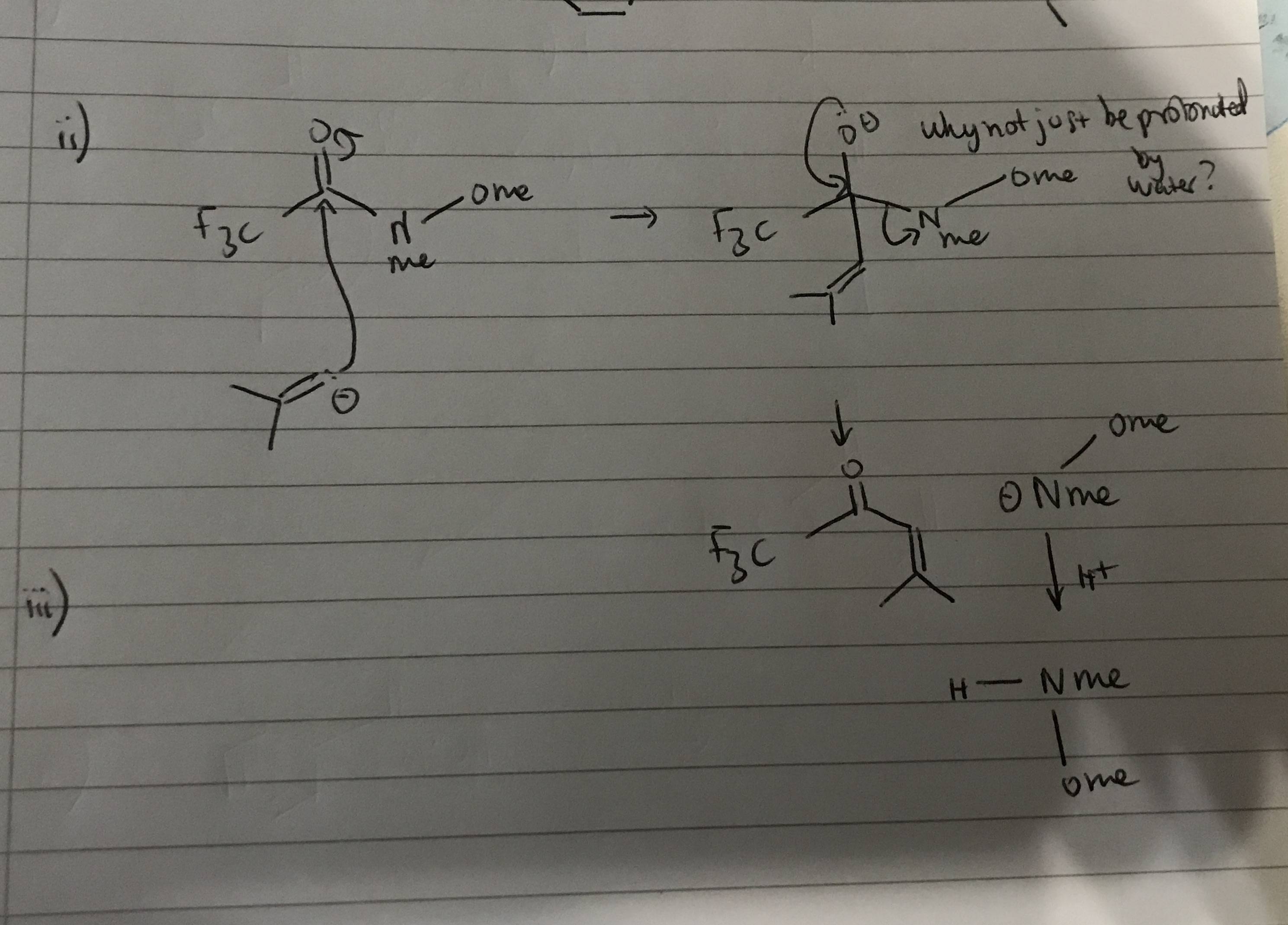 Two very common examples are anhydride decomposition and esterification of carboxylic acids. For example, if you look at esterification, carboxylic acid and alcohol first make an addition, giving tetrahedral intermediates 1 and 2. Intermediate 2 then collapses and displaces the water molecule as a leaving group to give the corresponding ester (see the scheme).

Your substrate is an amide. Like all other carboxylic acid derivatives, this molecule also undergoes a nucleophilic acetyl substitution with Grignard reagent, which is a strong nucleophile. The polarized carbonyl group has partially positive carbon, which is a good electrophile.

Why does the reaction continue after the tetrahedral carbon forms?

After nucleophilic attack on a carbonyl, the resulting tetrahedral species either gets protonated to form the final addition product, or it is an intermediate on the way to the substitution product. This depends on the type of reaction. For example, a geminal diol will usually dehydrate to form a ketone. There is a nice overview of the different scenarios, including some nitrogen chemistry, in this document.

7
Mechanism of Grignard addition to carbonyls
5
How to dialkylate a cyclohexene, and convert a carbonyl to an alkene?
6
Mechanism of Fischer esterification: Does the carboxylic acid gives off OH- or H+?
2
Why does Oxygen act as Nucleophile over here?
2
Alkene reaction with acid via SN1 reaction
11
Why does a proton prefer to attack a double bond instead of protonating an alcohol in a reaction of unsaturated alcohol with sulphuric acid?
1
Reaction of unsaturated lactone and alcohol