If vibrational modes are quantised, why is infrared spectroscopy smooth looking?

I have heard that the vibrational energy level in a molecule is quantised. However, when looking at the infrared spectroscopy graph, the curves look highly continuous and smooth - not something I would expect from a quantised quantity. 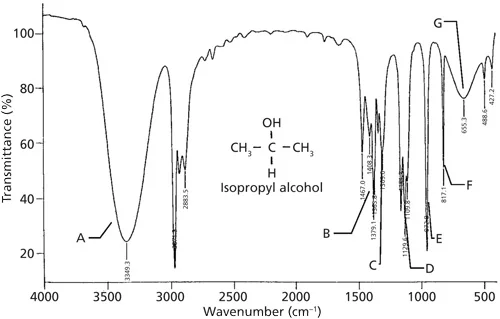 The sharp pointy bits in the fingerprint region (on the right) make sense, given that only certain quantised frequencies would be absorbed - but the alcohol $\ce{OH}$ group seems to be able to absorb a very large range. So, why is the graph smooth when the vibrational energy is quantised?

You should first have a look at the gas phase spectrum of water to convince yourself that vibrational levels are indeed "discrete". The textbook treatment of vibrating molecules assumes that there is no molecule nearby and each and every unit is independent. Which state of matter is closest to these assumptions? The gas phase, the lower the pressure, the further the molecules are apart (large mean free paths). Therefore if you wish to see quantitization visually, it is better to look at the spectrum of gases (rotations, vibrations and electronic transitions). Recall you study atomic spectrum of hydrogen gas not of solid hydrogen or liquid hydrogen.

Now, you may ask, that water is a triatomic molecules with 3N-6= 3 vibrational modes. What are the rest of those lines? Recall that water can also rotate in the gas phase. Those very thin lines represent rotational energy transitions. 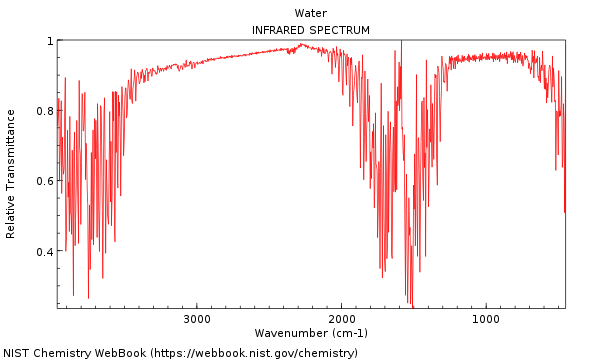 The story changes when you deal with liquids or solids. Now the vibrating molecules are so close to each other that they are no longer independent from each other's influence. The rotational structure is completely smeared. The vibrations are still quantized but now you see a collective behavior millions of close-by water molecules which are strongly interacting by hydrogen bond. If we had a very fancy ultra ultra high resolution infrared spectrometer, we might be able to see some structure in each broad band, but the smearing is so bad in solids and liquids that we all see a overall wide peak, which is just an envelope of all possible vobrational transitions by millions of molecules in different environments on the liquid and solid state. 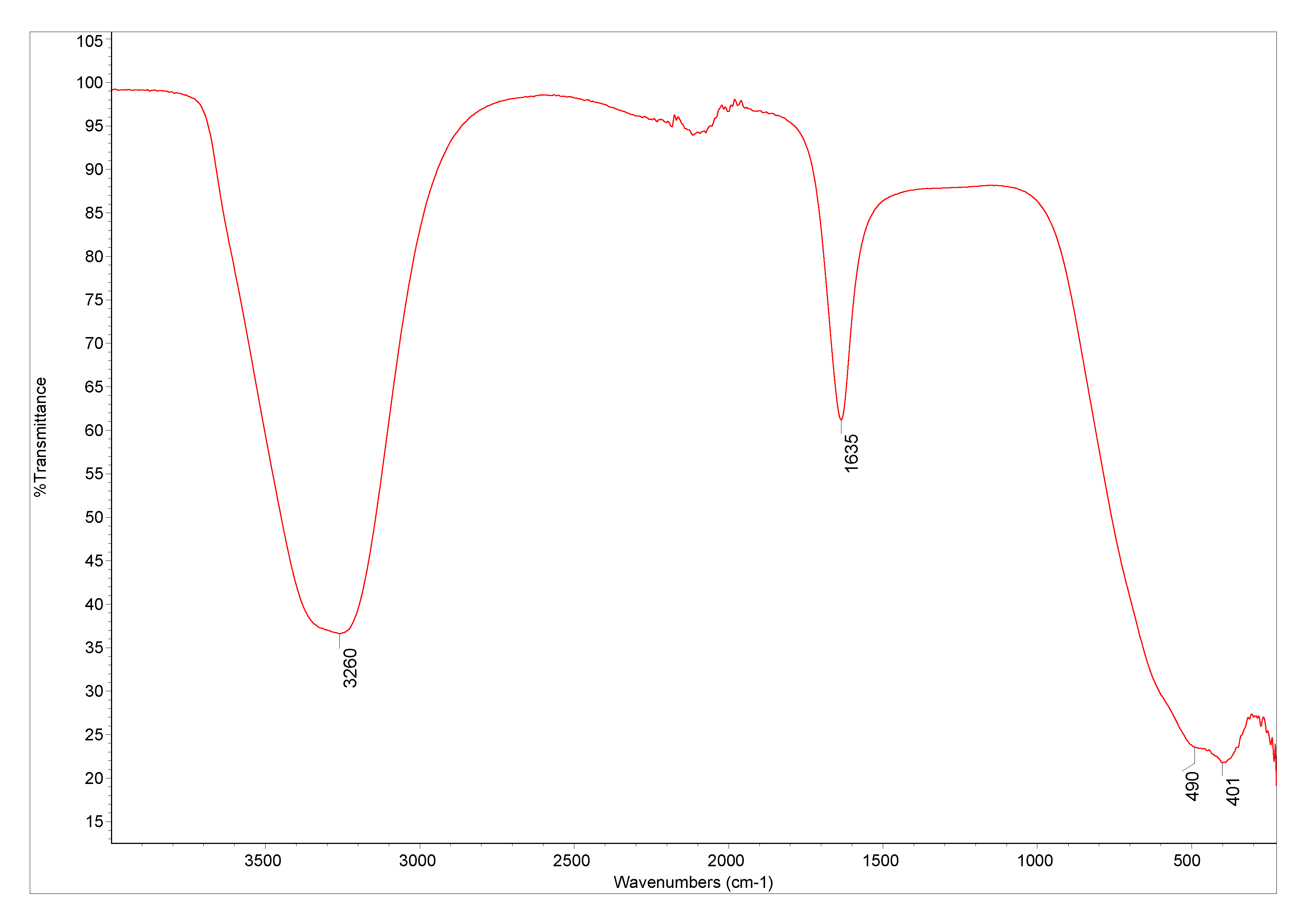 Solvent molecules can have important effects on the internal vibrations in a number of ways, resulting for instance in "collisional broadening" of the spectral lines. Significant broadening can happen also in a gas if collisions are frequent due to high pressure, in which case it is not surprisingly referred to as "pressure broadening". Collisions shorten the lifetime of particular vibrational states, leading to uncertainty in the energy (and thereby frequency), which translates into broadening. A collisional model provides similar insight in a gas and a non-H-bonding solvent. An alternate useful model that illustrates the effect is that of a damped oscillator. The solvent "slows down" solute vibrations. In addition, since each solute molecule interacts slightly differently with the solvent, its frequency is altered to a different extent. This leads to both lifetime broadening and inhomogeneous broadening.

The solvent effect may also arise as a coupling between the vibrational modes of the solvent and those of the solute. This is particularly easy to understand if you have hydrogen bonds. A group in a molecule hydrogen-bonding to the solvent, being part of an extended and highly inhomogeneous bonding system (effectively akin to a large molecule which can change its configurations extensively), contains a continuum of vibrational energy levels, and therefore exhibits bands rather than narrow peaks. This explains why $\ce{O-H}$ peaks are broadened more often and extensively than $\ce{C-H}$ peaks, given that both are subject to rotational splitting. Another important feature of such hydrogen-bonded systems is that the broadened vibrational modes are "soft", that is, they occur at low relatively low energy (high wavenumber) which is consistent with more closely spaced energy levels. Resonance with soft collective modes involving the solvent is then relatively easy.

Not the answer you're looking for? Browse other questions tagged ir-spectroscopy or ask your own question.