What atom would be protonated first in a strongly acidic solution?

The answer is A. I thought it would be D since the ester group has the highest pka and the more basic functional group would be more prone to protonation. Also, I don't really get how to rank C in terms of atoms that would be protonated first as I don't know the pka of the ether group.

In short, none. As Mithoron said, the oxygen atoms can all act as Lewis bases and will all be protonated to an extent. If you rephrase the question to "Which of the atoms has the highest Kb?", well that's another story. Atom D has the lowest Kb, because the carbon in a carbonyl has a slight positive charge. Atom C would be difficult to protonate, the oxygen is already donating a pair to the furan ring to make it aromatic. So the debate is between a carbonyl and a primary alcohol. After consulting some pKa tables I found that protonated ketones have a pKa of around -7.3 while protonated primary alcohols of around -2.4 thus the alcohol is a stronger base (higher pKa means weaker acid thus stronger conjugate base). Finally we can conclude that the primary alcohol -OH group will be the first to accept a proton.

P.S. Fun fact, the quickest to be protonated was none of the ones marked with letter, it would have been the ester's carbonyl group!

In the given molecule

Summing ,OH group at A has highest Kb value. Its tendency to donate lone paair is comparatively more then B,C or D. 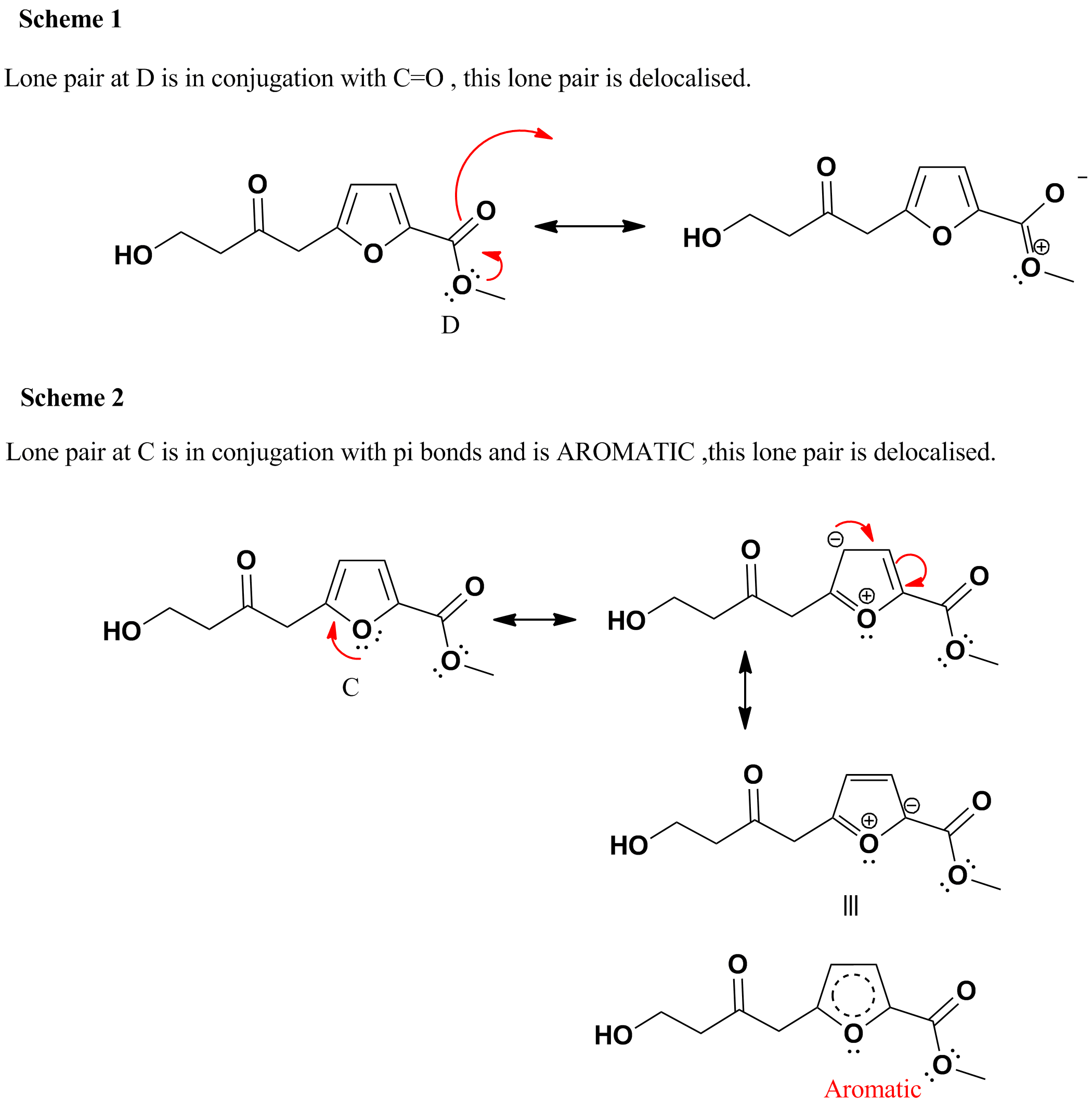 4
Competitive protonation between alkene and carbonyl
3
How can I rationalise the different basicities of cyclohexylamine, piperidine and morpholine?
8
Comparing acidity of anilinium ion and para-fluoro anilium ion
6
Comparing basic strength of nitrogen heterocycles
0
How do I calculate the ensemble-average net charge of an amino acid at given pH?