I wanted to ask a question about NMR for Axial and Equatorial molecules.

I was asked to describe how to separate the following two product molecules from this reaction:

and the answer that my colleague mentioned was NMR.

I had a previous introductory course to NMR where coupling constants were discussed, and as the maximum bond coupling "length" was considered to be $3$, this made perfect sense.

My question is, how are axial and equatorial substituents (if they are the same substituent as in this case) in such different environments? Is it to do with the surrounding substituents deshielding by varying amounts? What is the case?

I failed to find a definitive answer on Google or StackExchange, but only statistical interpretations were given, no actual explanations. 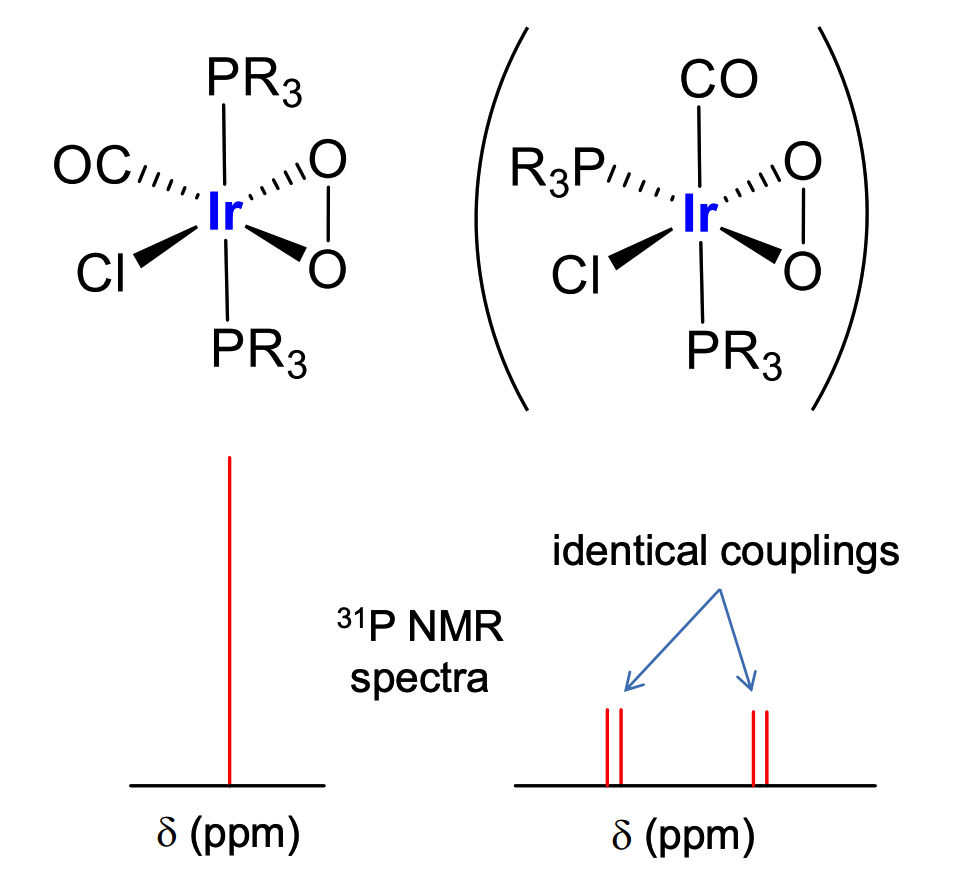 In the first case:

In the second case:

Note to the reader: shielding, resonance frequencies and NMR behavior arise from (way more) complex interactions: I did not mention, above, any possible effect of non-neighbouring substituents, for instance, neither I talked about the shielding or deshielding effects of near substituents.

Nonetheless, a perception of the "symmetry" of the involved groups might give you a "dirt cheap" and operational insight on what could be the outcome of an NMR experiment, in cases as simple as this.

1
NMR for an octahedral complexes sources of peaks