Why does this reaction produce an alcohol in one case and an alkene in the other? 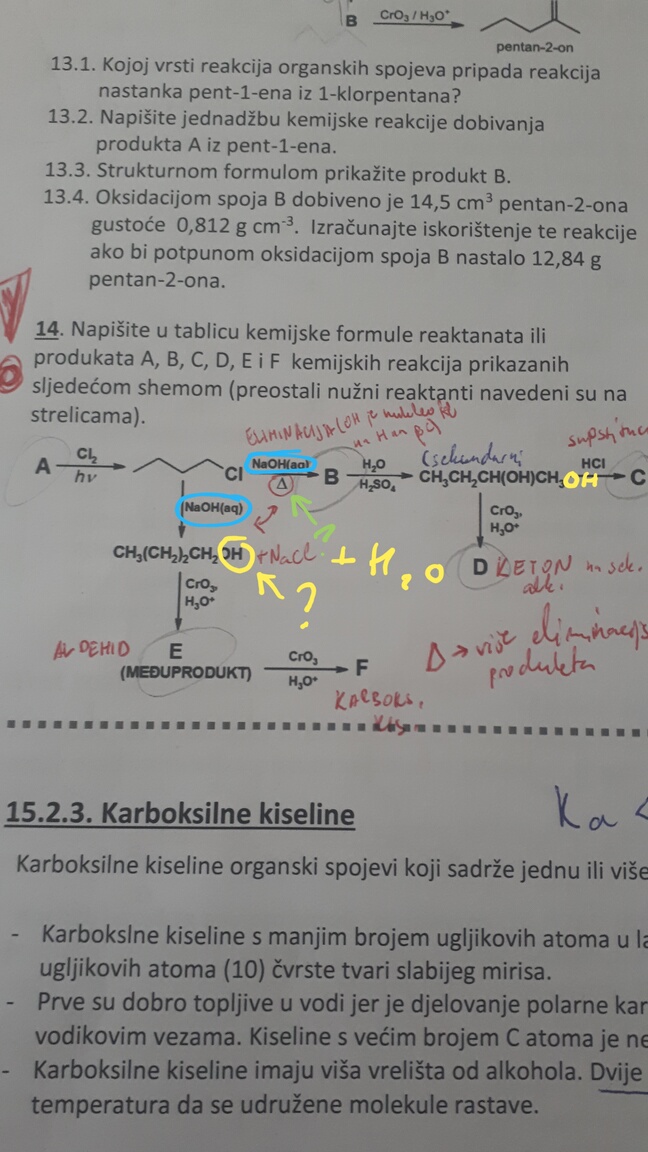 Does it have something to do with the fact that the chlorine atom is bonded with the primary carbon, or with higher temperature in the upper reaction?

Please also see Why substitution and elimination reactions are favored respectively at lower and higher temperature? The reaction conditions are the clue you are looking for.

The first thing to recognize is that in any situation where there is competition between substitution and elimination, you will always get a mixture of products. The question is, which one will dominate.

Now, subtleties aside, let's look at why heating favours elimination.

One difference between the two situations is the relative changes in entropy. We can see that in the case of elimination, the overall entropy of the system is increased after the reaction (there are more different particles) while in the case of substitution, the entropy change is negligible.

We can consider the competition between the two reaction pathways like this:

Therefore, the increase in temperature favours the reaction with the larger entropy contribution.

7
Why substitution and elimination reactions are favored respectively at lower and higher temperature?

24
Is the nomenclature “primary”, “secondary”, “tertiary”, and “quaternary” carbon atoms limited to sp3 carbon atoms?
4
Why does one bicyclic diastereomer react faster than the other one?
4
What does addition of iodine and base do this case?
1
Why does a carbonyl group form instead of alkene in alcohol oxidation?
4
Why doesn't the oxidation of cellulose oxidise all the alcohol groups, and how does it cause discolouration?
6
Why is the alkene a more stable species in this case?
9
Reaction of SeCl4 with alkene and possible consecutive reaction?