How to convert -OH to terminal -SH group in nucleolipids: [closed]

I am recently working on some synthesis of Nucleolipids and I want to transform $\ce{-OH}$ to terminal $\ce{S}$ group.

An alcohol can be converted to a corresponding thiol using Lawesson's reagent (LR; 2,4-bis(4-methoxyphenyl)-1,3,2,4-dithiadiphosphetane 2,4-disulfide). However, the reaction is messy and could give you a mixture of products in addition to intended thiol, including eliminated product, alkene (Ref.1). For example, treatment of acyclic 1,4-diols with LR gives the 1,3-dienes (Ref.1).

However, the substitution versus elimination outcome with LR is depends on the structural features of the substrate (Ref.2), and hence, worth considering. The computational mechanism is depicted below: 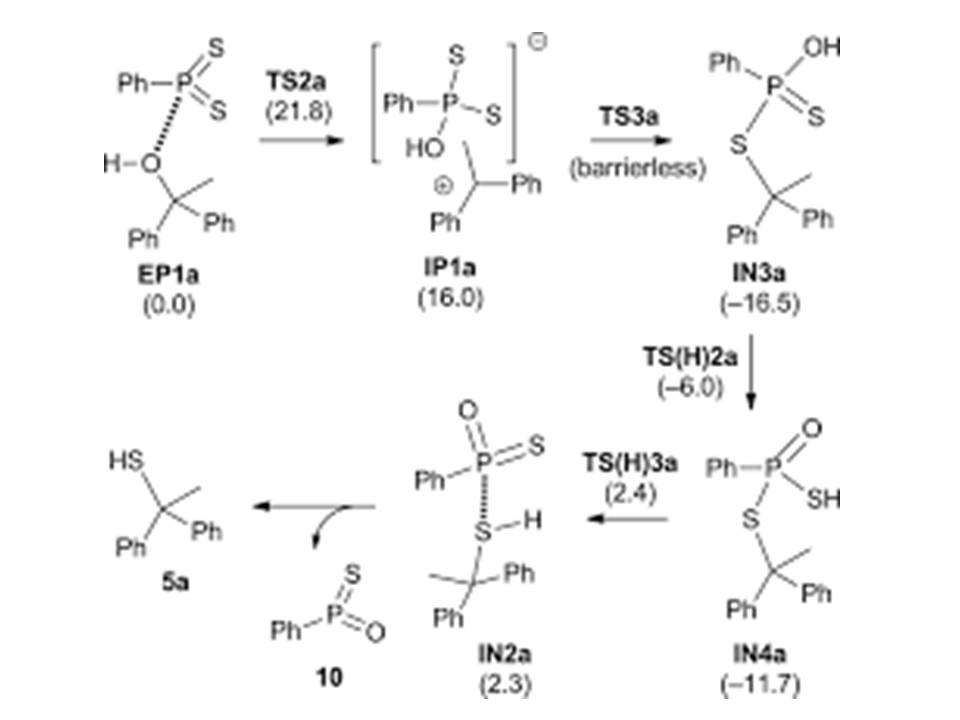 Alternatively, you can use highly efficient Mitsunabu type reaction with diisopropyl azodicarboxylate (Ref.3). The abstract summerize the reaction as:

Various alcohols were converted to their corresponding thiolacetates by treatment with triphenylphosphine and diisopropyl azodicarboxylate in the presence of thiolacetic acid. The overall conversion was both highly efficient (89–99% yields) and stereoselective (99.5% inversion).

7
Correct definition of terminal alkynes?
4
How to convert an organic carbonate to its formate ester?
5
How to dialkylate a cyclohexene, and convert a carbonyl to an alkene?
10
What is the best way to remove/break carbon carbon bonds?
4
What is the use of silver ion?
1
Synthesis of phenethyl alcohol from benzene
2
How does the position of hydroxyl group in a nucleotide monomer affect the dehydration synthesis of nucleotides?