Why aren't there 2 products formed?

A lone pair on the ring oxygen forces Chlorine leave. The anomeric carbon in the resulting oxocarbenium ion is sp 2 hybridized, so that part of the molecule is planar. (An oxocarbenium ion has a positive charge that is shared by a carbon and an oxygen.)

When the alcohol approaches from the top of the plane, equitorial isomer is forrmed. Similarly if alcohol apporoches from bottom of sp2 hybridised oxo carbenium ion , then ,axial isomer is formed .So the given chloro compound should give two isomers (as shown in figure below 2& 3).

Which is the major product ?

When an endocyclic heteroatom ( oxygen, nitrogen, or sulfur) is at a position adjacent to the methoxyoxy group,the hetroatom substituent now prefers the axial orientation (despite of the associated steric strain).The equilibrium preference of most such compounds for the alpha-isomer is referred to as the anomeric effect.

Such behavior is explained as 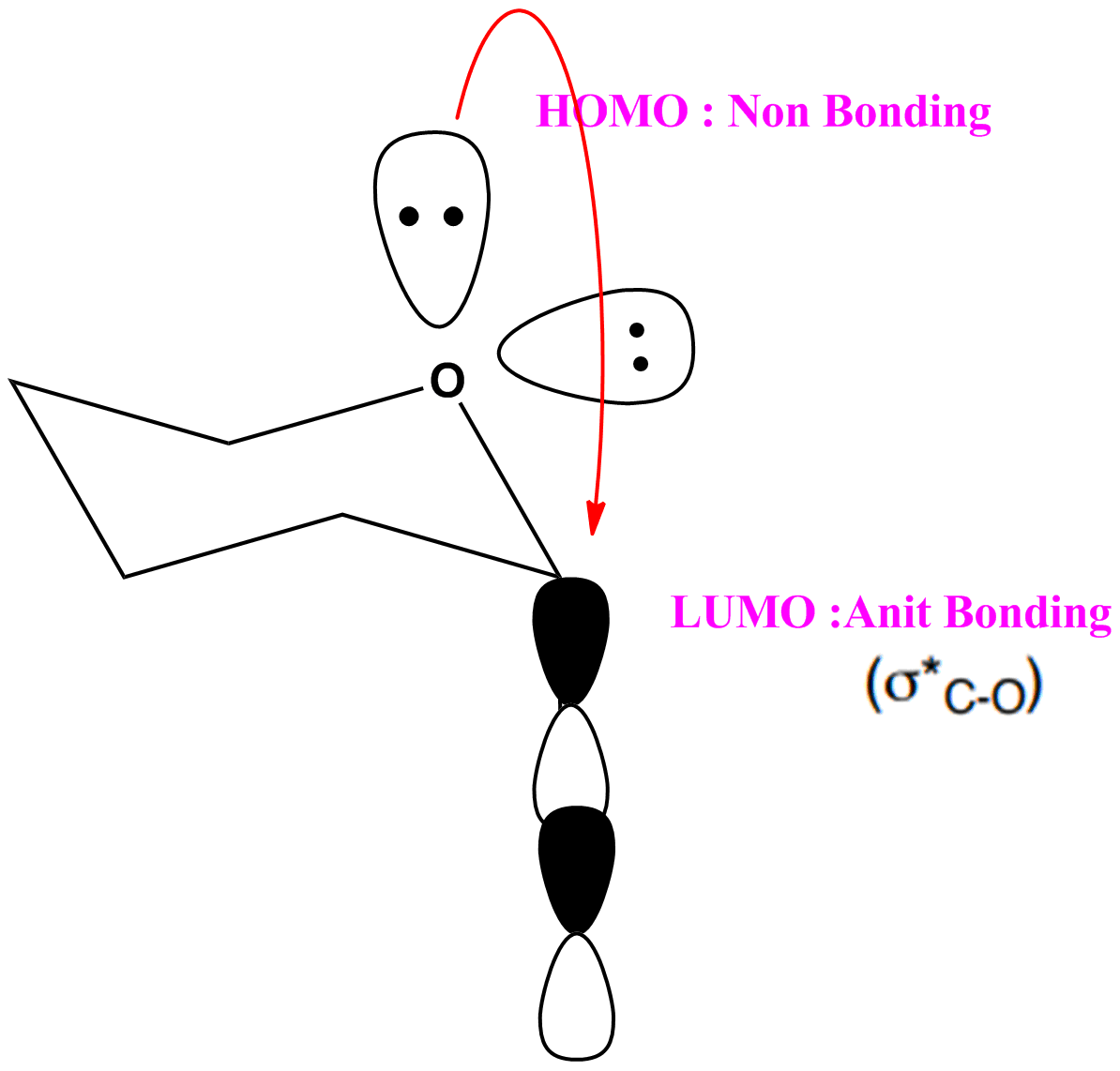 All the above combination of factors result in equitorial isomer being less stable than the axial isomer.

3
Deciding E1/E2/SN1/SN2 for cyanide ion
4
Why can't HS- participate in E1 reactions?
3
Can wedge and dash bonds on 1, 2 position of cyclohexane ring be used to signify trans orientation of the substituents?
1
How to determine the stereochemistry after elimination of anti-1-bromo-2-methylcyclohexane?
0
Conformations of cyclohexane and flipping
3
Why is this β hydrogen in trans position to the leaving group?
2
Organic Chemistry - Effect of methyl substituent in Aromatic Substitution via Benzyne
4
Steric effect of t-butyl group on SN1 on a cyclohexane ring