Where to find compounds IC50 on an enzyme?

I am looking for half maximal inhibitory concentration (IC50) values on a enzyme.

I already searched through ChemBL, PubChem and BindingDB. The three seem to give consistent results.

However, looking in the literature, there are lots of compounds which are not in these databases. These later may provide higher level of curation. I am still interested in the data available in literature. Any other available repository or text mining approach will be great.

To my knowledge, there are no data bases accumulating half maximal inhibitory concentration values on a enzyme ($\mathrm{IC_{50}}$). According to Wikipedia:

Half maximal inhibitory concentration ($\mathrm{IC_{50}}$) is a measure of the potency of a substance in inhibiting a specific biological or biochemical function (i.e. an enzyme, cell, cell receptor, microorganism, etc.).

$\mathrm{IC_{50}}$ is commonly used as a measure of antagonist drug potency in pharmacological research. According to the FDA, $\mathrm{IC_{50}}$ represents the concentration of a drug that is required for 50% inhibition in vitro. It is comparable to an $\mathrm{EC_{50}}$ for agonist drugs.

For example, Galectin-3 is a protein that is a member of the lectin family (carbohydrate-binding proteins). Galectin-3 is approximately $\pu{30 kDa}$, and contains a carbohydrate-recognition-binding domain with about 130 amino acids that enable the specific binding of $\beta$-galactosides, such as N-acetyllactosamine (14; the parent substrate; $\mathrm{IC_{50}} = \pu{158 \mu M}$ under the conditions; see insert red box). Several derivatives of N-acetyllactosamine (15 - 18) have displayed inhibitory activities with different $\mathrm{IC_{50}}$ values ranging from $13$ to $\pu{31 \mu M}$ (See the plot below): 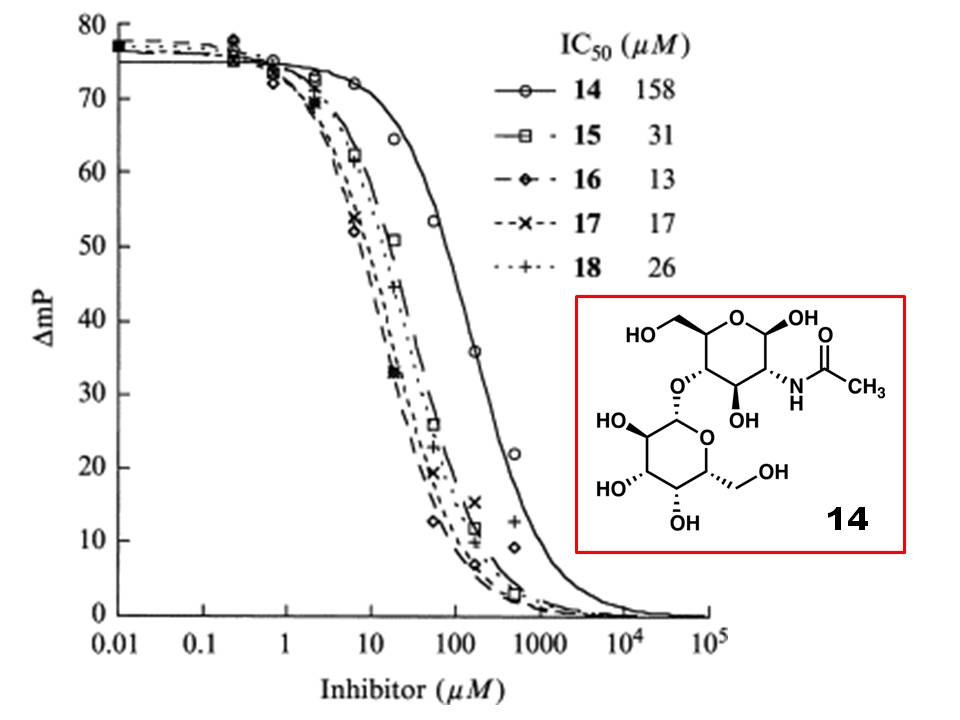 On the other hand one inhibitor can be active against more than one biological systems with different $\mathrm{IC_{50}}$ values. 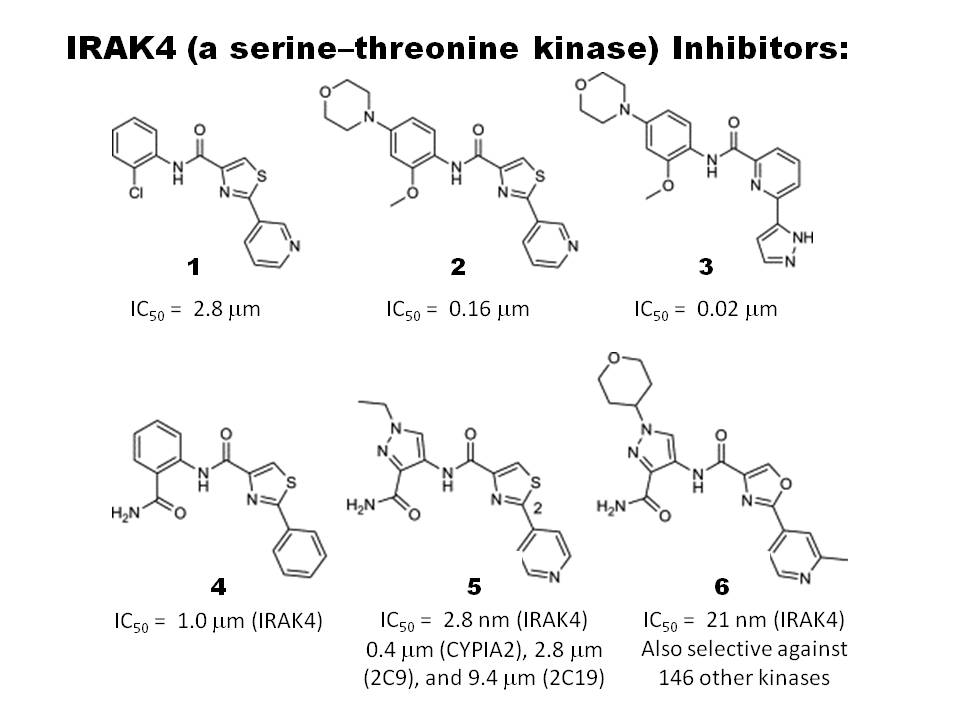 Not the answer you're looking for? Browse other questions tagged enzymes or ask your own question.