(b) Nitration: Direct nitration of aniline yields tarry oxidation products in addition to the nitro derivatives. Moreover, in the strongly acidic medium, aniline is protonated to form the anilinium ion which is meta directing. That is why besides the ortho and para derivatives, significant amount of meta derivative is also formed.

Why there is more para-substituted nitroaniline formed than ortho-substituted one even though it can form hydrogen bonding?

In case of nitration in aniline, the Nitric Acid protonates the aniline to form the Anilinium ion.

Now since the nitrogen atom has no lone pair to conjugate, it has no mesomeric effect on the ring, the but as nitrogen is now protonated, it has a high negative inductive effect.

Which simply leads to the fact that the position farthest from the nitrogen substituted carbon will have the highest electron density (as inductive effect decreases as we move away from the atom causing it). 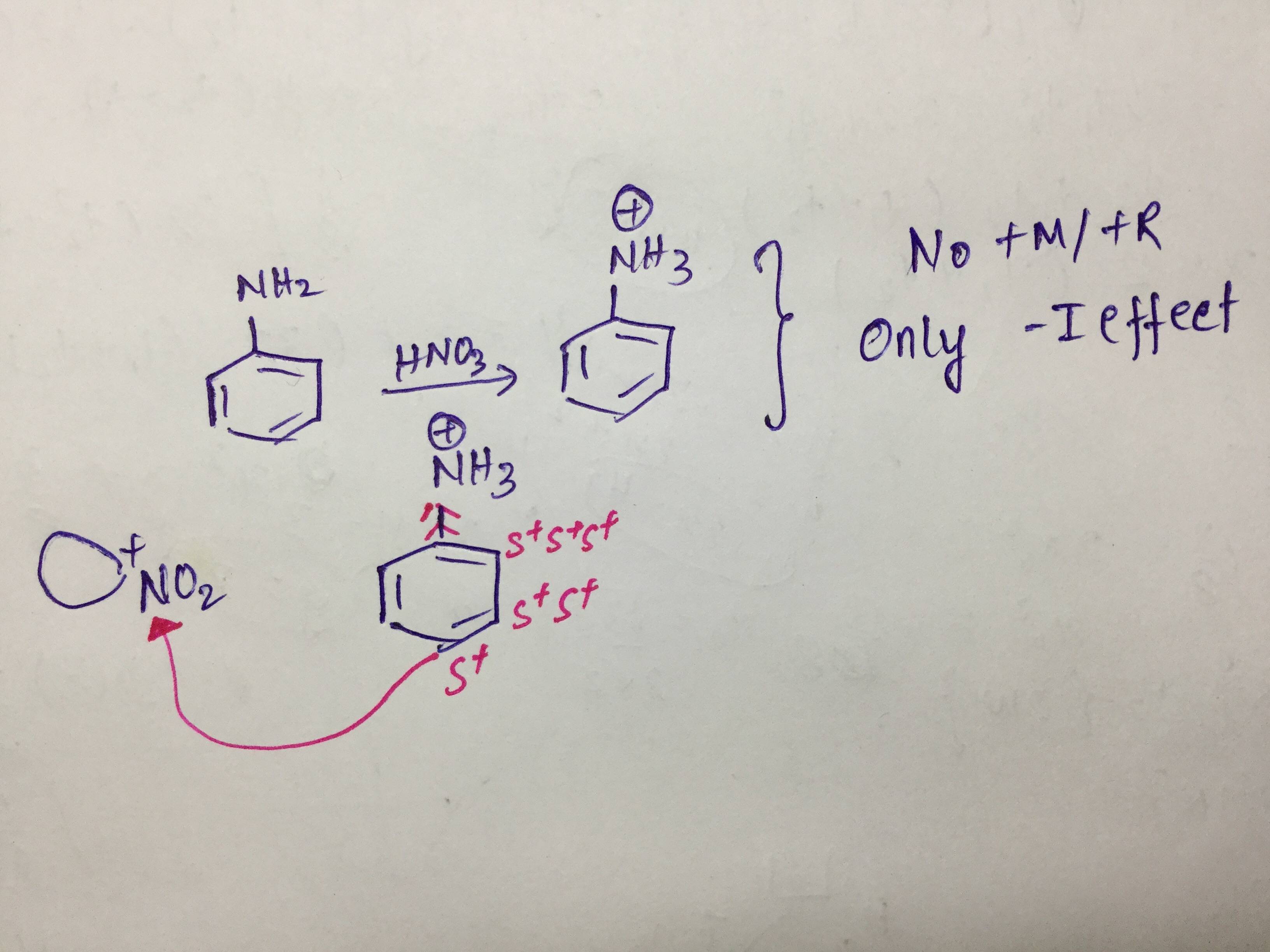 So in this case the best site for attack for the electrophile was para>meta>ortho.

The Hydrogen bonds would stabilise then ortho product once its formed, but the Rate Determining step of an electrophilic substitution on benzene is the sigma complex intermediate wherein the most stable intermediate is formed as major product. The positive charge in sigma complex stays the farthest in para position from the anilinium ion hence(most stable) is the major product.

Structure 8 is relatively unstable due to negative effect of Nitrogen. 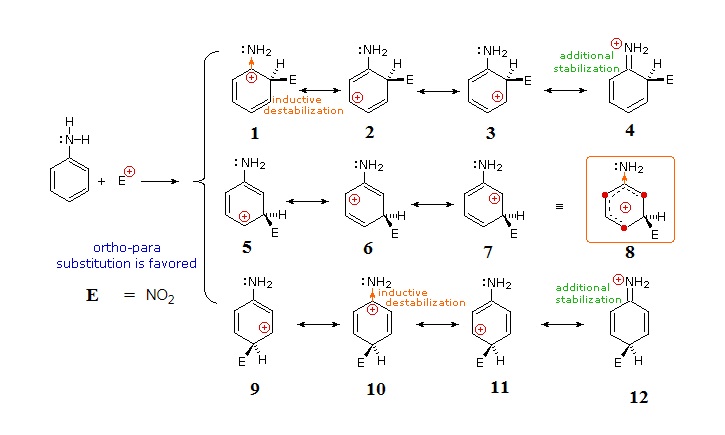 Even though there exists a possibility of hydrogen bonding in ortho nitro aniline ,strong deactivating influence of $\ce{NH3^+}$ on benzene ensures least electrondensity at ortho position in aniline leading to only 2% of ortho nitro aniline.

Such electronwithdrawing tendencies of $\ce{NH3^+}$ are minimum at para position in aniline therefore 51% of para nitro aniline is formed.

Not the answer you're looking for? Browse other questions tagged organic-chemistry amines nitro-compounds or ask your own question.

25
Is the ammonium substituent (-NH3+) really meta-directing in electrophilic substitution?
0
Meta product in the nitration of aniline

23
Electrophilic Aromatic Substitution: Are protonated OH-groups ortho-/para- or meta-directing?
11
Why isn't 4-hydroxybenzoic acid formed along with salicylic acid in Kolbe's reaction?
3
Synthesis of synthetic detergent with Friedel Crafts Acylation
32
Acidity of substituted phenols
6
Acidic strength of para substituted benzoic acids
25
Is the ammonium substituent (-NH3+) really meta-directing in electrophilic substitution?
1
Can the electrophile attack at the position of the NH2 group in nitration of aniline?
2
Effect of chloromethyl substituent vs methyl substituent on yields of nitration