A long time ago I was researching the effect of the self regulatory response in Fe and Co. I found that my results made sense based on the idea of the electronegativity of the ions considered. I found a webpage that listed the relationship between the different electronegativities for different oxidation states of Fe and Co.

My problem is I didn't save the webpage and I don't know where I found it. I am not a chemist so I don't know in which kind of books I could find a list of values of electronegativities for different oxidized ions.

Note: I don't remember it well, so what I wrote could be lies. The important thing was that there was a flip of order in electronegativities for Fe and Co when changing oxidation state.

Does anyone know where I could find that kind of information? I tried googling, but I am not finding the webpage and don't remember the terms I used to find it in the first place.

I never understood the why of the order either, and I have seen chemist webpages that tell you which ion is more electronegative by just looking at it. If someone could explain that too I would appreciate it.

I forgot to add that it was in octahedral complexes. I was able to find this pdf online (page 32) but it doesn't state a reference. 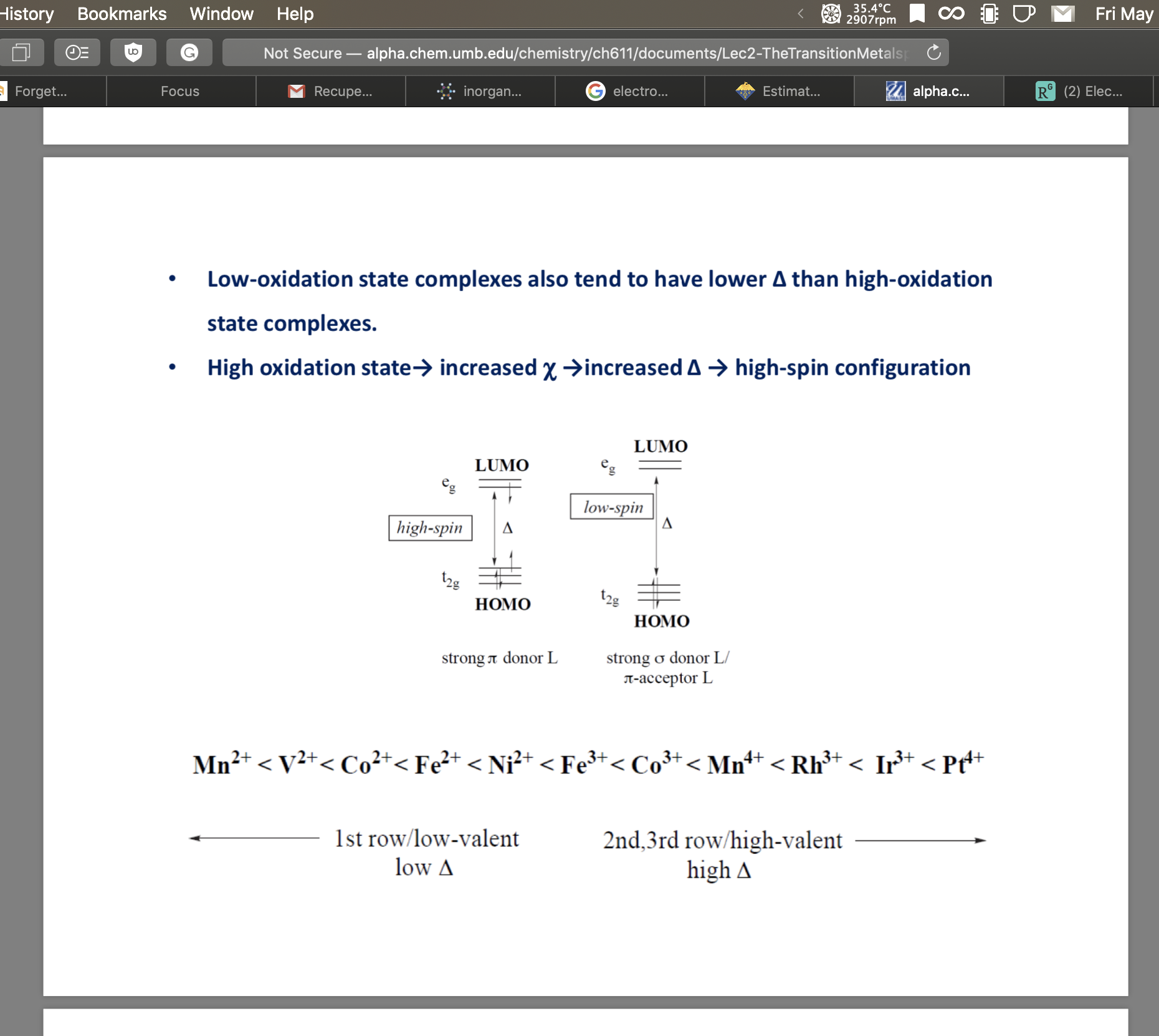 Pearson conveniently lists cumulative experimental data in the 1988 paper [1], referrring to the earlier work of Moore [2]. Selected values of $I$ (ionization potential), $A$ (electron affinity), $χ$ (absolute electronegativity – probably, that's what you are looking for) and $η$ (absolute hardness) for iron and cobalt cations are:

So it looks like the relation is a bit different:

Complete table as a screenshot:

Not the answer you're looking for? Browse other questions tagged inorganic-chemistry transition-metals oxidation-state reference-request electronegativity or ask your own question.