Is a hydrogen molecule smaller than hydrogen atom?

Recently I came across a textbook of physical chemistry which stated the following:

You can define the size of atoms and molecules in various ways. You can, for instance, derive a measure of the size of a hydrogen molecule from the density of solid hydrogen:

Solid hydrogen has a density of 0.086 g/cm3 making it one of the lowest-density solids.

However this is a distraction from the main point of the statement in the book, which is simply that concentration of electron density between the two $\ce{H}$ nuclei results in an "end-to-end" distance (the distance, using some measure to determine the edges of the molecule, along the internuclear axis) that is less$^\dagger$ than $\pu{2.12 Å}$, and that the internuclear distance is less than $\pu{2\times\pu{0.53 Å}= 1.06 Å}$ (which it is: the H-H bond length is $\pu{0.74 Å}$). An internuclear distance shorter than twice the lone H radius is consistent with bonding, a process by which electrons and nuclei are allowed to occupy lower-energy regions of the potential than they would when the atoms are far appart.

But the answer to the question is no, a hydrogen molecule is still bigger than a hydrogen atom. 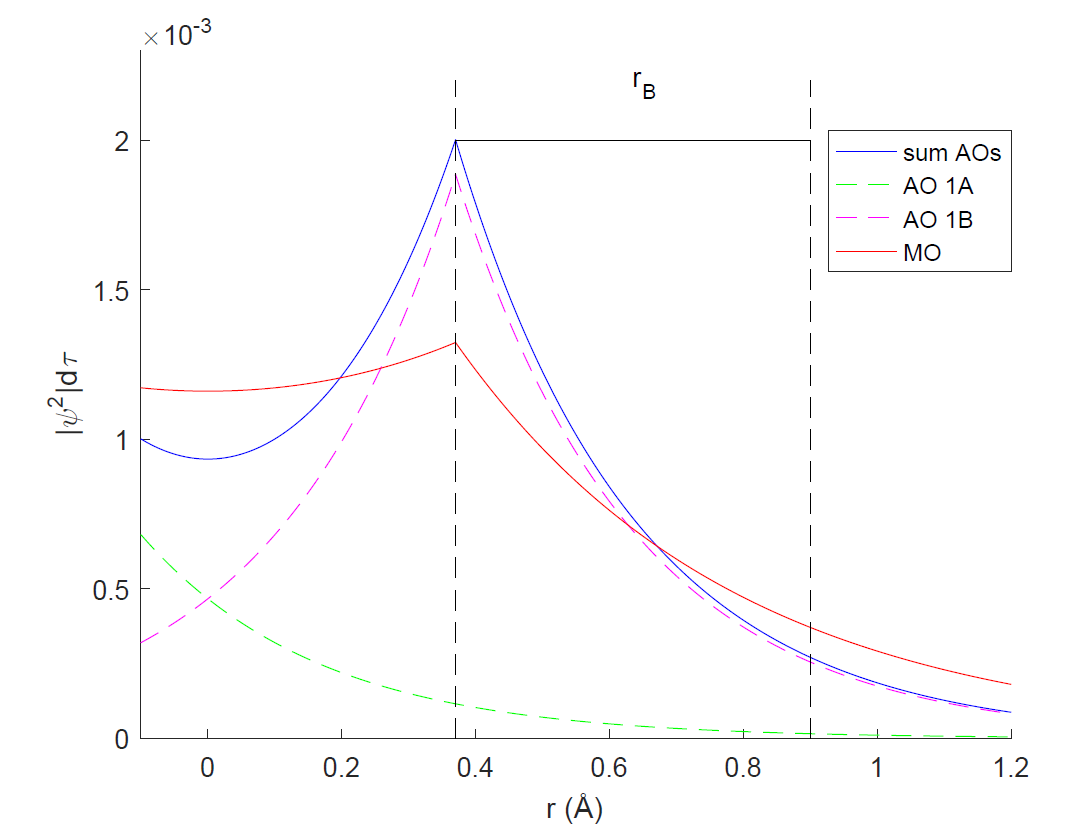 Not the answer you're looking for? Browse other questions tagged physical-chemistry bond hydrogen covalent-compounds or ask your own question.

4
Is this a possible explanation as to why sigma bonds are stronger than pi bonds?
19
Why is an ionic bond a chemical and not a physical bond?
6
On Wavefunctions of Hydrogen atom
1
Does a covalent bond constitute of 1 or 2 electrons?