Molecular orbitals of the enolate ion

The reactivity of the enolate ion is most frequent explained with reference to its system of $\pi$ molecular orbitals. The image below taken from Wikimedia Commons depicts this system of $\pi$ molecular orbitals. $\ce {C}$-alkylation is favoured when the orbital interaction with the $\ce {HOMO}$ of the $\pi$ system is dominant while $\ce {O}$-alkylation is favoured when the electrostatic interaction with the negative charge built up on the oxygen atom is dominant. This is the case because the coefficient of the $\ce {HOMO}$ is the largest on the terminal carbon atom while being more electronegative, oxygen naturally bears greater negative charge. 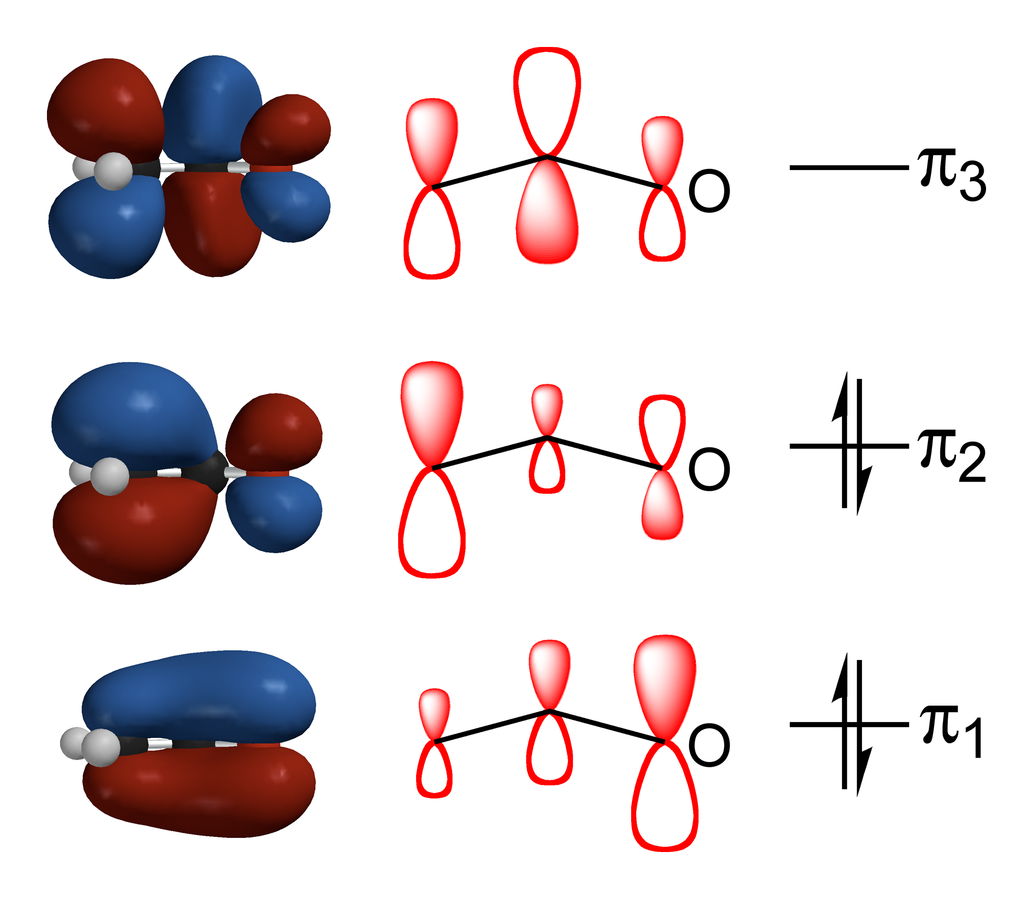 The explanation provided by Fleming (2010) on p. 160 is that in the lowest-lying $\pi$ molecular orbital, the oxygen atom exerts the strongest polarising effect on the electron distribution while for the second highest $\pi$ molecular orbital, the polarisation is in the opposite direction. I understand that these MO diagrams are grounded in quantum chemistry theory but is there any way that we could intuitively understand why the coefficient of the $\ce {HOMO}$ is indeed the largest on the terminal carbon?

After discussion with some friends, I have more thoughts I would like to share. There is this connection between resonance structures and MO diagrams. For example, the MO diagrams of the allyl cation and allyl anion feature a node in the second MO, informing us that there is no sharing of the charge with the central carbon atom. This information is also reflected when we draw the two resonance structures. Can we perhaps, extend this connection a little further and say that the first MO for this enolate $\pi$ system reflects the charge distribution in the resonance structure with negative charge localised on the oxygen atom while the second MO reflects the charge distribution in the resonance structure with the negative charge localised on the carbon atom?

One possible way to intuit the result is to remember that all of the orbitals are normalized. Thus, the contribution of a single AO to the three MOs must add up to 1, and the contribution of the three AOs in each MO must also add up to 1. (This is a bit of an oversimplification, since the normalization is of the square of the wave function, but conceptually it's the same idea). So if a particular AO contributes a lot to one MO, it is proportionally less represented in the others. Also, the other AO's have to contribute less to the first MO in order for it to have the right magnitude.

A slightly more complicated example is a triatomic like H2O. Here is a drawing of the lowest three valence MO's for XH2, when X is more electronegative than H: 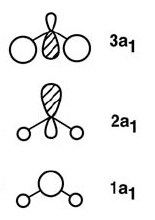 (This is a portion of Figure 7.3 of Albright et al. Orbital Interactions in Chemistry).

You can see that again the electronegative atom (O) is overrepresented in the lowest energy MOs, at the expense of the H atomic orbitals. Therefore, in the high energy orbitals, we have to compensate with the reverse, an overrepresentation of the H orbitals (as seen in the 3a1).

Now getting to your question of C-C-O, again the O is most electronegative, so it contributes most to the lowest energy orbital. That means it has less to contribute to the higher energy orbitals, where the carbon orbitals are the bigger contributors.

This overly simplistic approach is harder to apply to the difference between the two carbons, for which you really have to incorporate the actual math of the atomic orbital contributions, but maybe it at least helps with the concepts.

17
How to rationalise with MO theory that CO is a two-electron donor through carbon?

5
Can I predict the preferred resonance structure of carbon monoxide from its molecular orbital scheme?
8
Why is the thione tautomeric form of 2-Mercaptopyridine favoured?
4
Resonance of carbonyl
0
Generalizations regarding functional groups on benzene ring
2
Aromaticity fails?
5
Which atom bears the negative charge in cyanide? I am confused by the MO diagram
2
Molecular Orbital Hybridization vs Delocalization for positive charge stabilization