Stability of the alkenyl and phenyl cations

One reason often cited for why alkenyl and phenyl halides do not undergo nucleophilic substitution by the $\ce {S_N1}$ mechanism is that the formation of the alkenyl and phenyl cations involve a prohibitively large activation energy since they are rather unstable. In fact, this reason has been discussed in various posts on this site; see for example, here and here. Recently, I chanced upon some calculated energies for these cations in the gas phase and it seems to suggest that they are not as unstable as various textbooks and educators claim. The following table is taken from p. 300 of Carey and Sundberg (2007): 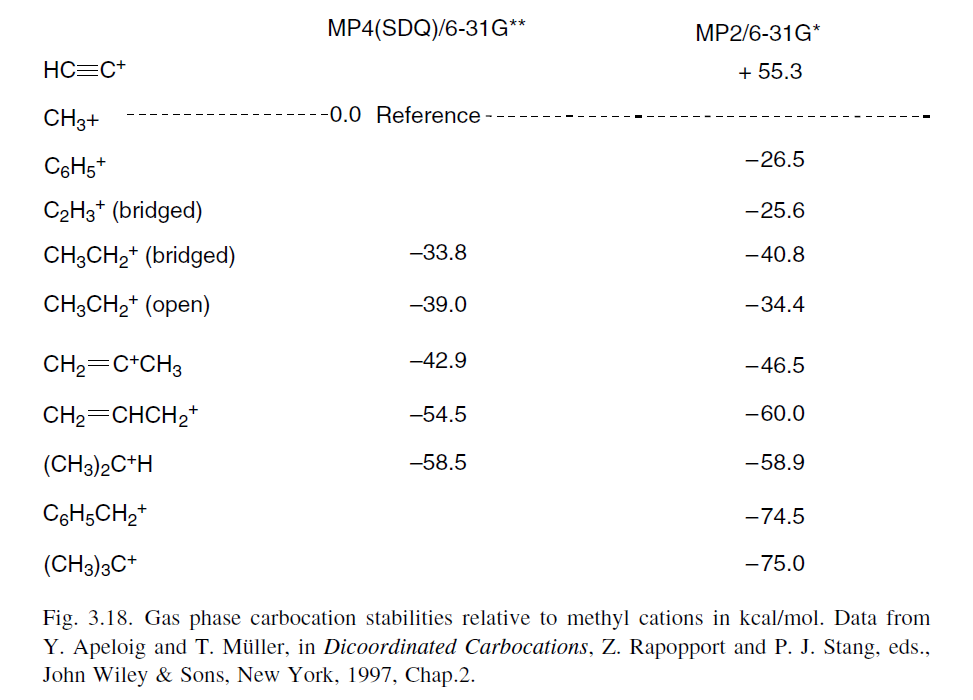 There seems to be a cut-off point of stability, after which the $\ce {S_N1}$ reaction proceeds with much difficulty. This "cut-off point" seems to be between the stability of the alkenyl carbocation and the secondary carbocation. Is my interpretation correct?

23
Why are vinylic and arylic carbocations highly unstable?
5
Is an SN1 reaction possible in halobenzene?