Gas evolution in reaction between zinc and HCl

So I was doing a chemistry lab for school, and we were analyzing how the concentration of a solution affects the rate of a reaction. In order to do this, we used the inverse burette method for the reaction between zinc and HCl, which would produce hydrogen gas. We had an Erlenmeyer flask connected to the burette by a red tube, and the reaction would occur in the flask. I noticed that the flask stayed blurred, meaning that the hydrogen gas would be trapped inside of it. I asked my teacher if that meant that the pressure was not enough for the hydrogen to displace the water, but he said that was wrong. I cannot think, however, another reason for that. I would appreciate any help. 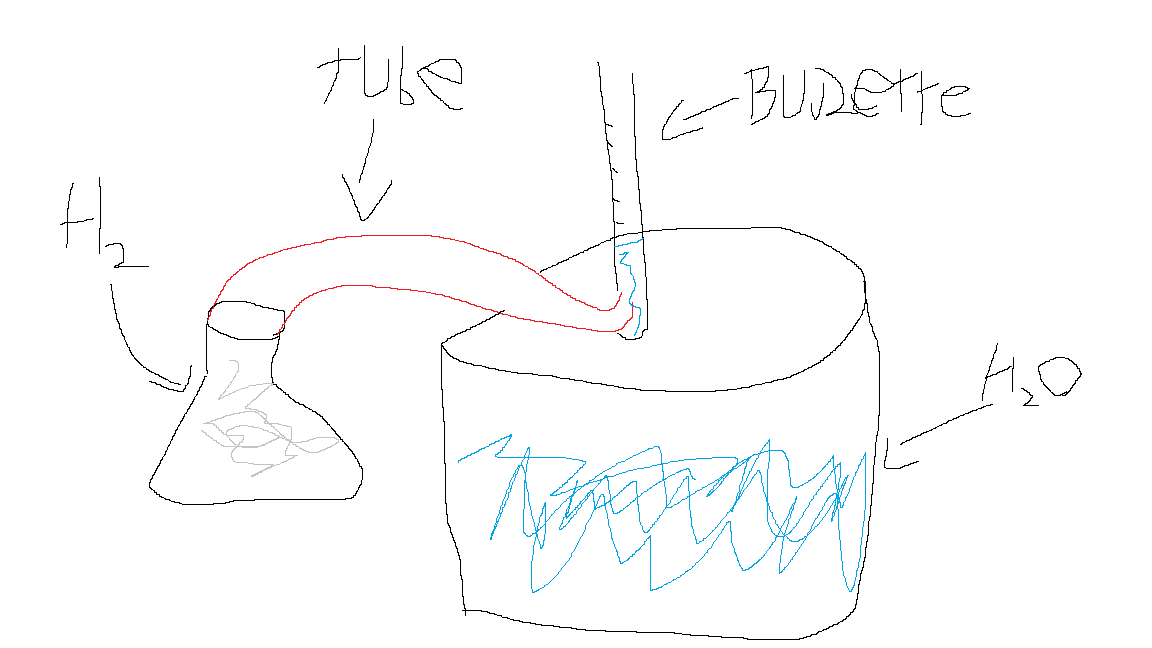 When HCl reacts with zinc or any other active metal such as aluminium, hydrogen is produced. This is what your textbook tells you. Whats is perplexing is the appearance of "fog" in the Erlenmeyer. In the beginning there is air above the liquid. When hydrogen evolution starts, the flask begins to fill with $\ce{H2}$ gas and creates enough pressure to displace the column of water in the buret. So that part of your observation is correct and you see a colorless gas displacing water column in the buret. What is in the conical flask that is causing the fog? If you were to touch the Erlenmeyer you could have noticed that it was hot, secondly there was a very vigorous evolution of hydrogen bubbles. There are several reasons, each contributing to the fogginess in the flask. That "fog" is just not hydrogen, air but vapors and very fine droplets of acid.

(i) creation of very fine droplets of acid by vigorous bubbling process (major contribution) (ii) steam generated by the heat of the reaction (iii) Hydrochloric acid has the tendency to produce fumes in moist air (seen with very concentrated acid). You did not mention the concentration of the acid used.

8
H2SO4 with ethanoic acid reaction?
9
Belousov-Zhabotinsky reaction: questions about rate determining step, k and activation energy
0
How to calculate the volume of oxygen in a reaction between hydrogen peroxide and bleach using this apparatus
4
Proper disposal of calcium hydride/calcium hydroxide
3
No current in homemade galvanic cell
5
Theory behind Experiment: Extraction and Identification of DNA