why do atoms need to be ionised in a mass spectrometer? [closed]

Ask Question
Asked 11 months ago
Active 11 months ago
Viewed 334 times
-1
$\begingroup$
Closed. This question is off-topic. It is not currently accepting answers.

why do atoms need to be ionized in a mass spectrometer? why can't you determine the mass of the atoms when they are not ionised? Also what is the mass-to-charge ratio

mass-spectrometry
|share|improve this question
asked May 1 '19 at 12:31

why do atoms need to be ionized in a mass spectrometer? why can't you determine the mass of the atoms when they are not ionised?

There are various types of mass spectrometer https://en.wikipedia.org/wiki/Mass_spectrometry#Mass_selection but all of them require neutral particles to be charged in order to be accelerated and then detected. The spectrometers use electromagnetic fields to accelerate the ions, this effect only occurs if the species are charged as the field will not accelerate a neutral particle. 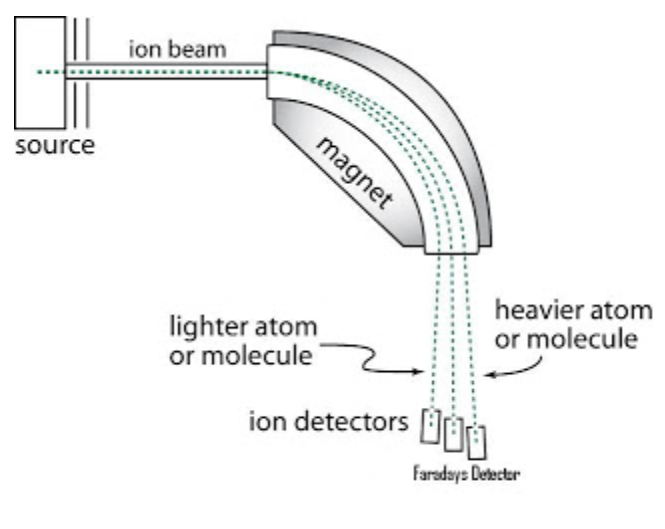 Also what is the mass-to-charge ratio

Most detectors also work only if they are struck by a charged particle.

Here is a great guide to the simple principles of how a MS works: https://www.chemguide.co.uk/analysis/masspec/howitworks.html