Why is a compound that is more stable gives out less energy upon reaction? [closed]

I am having trouble relating stability with energy released. For example, I am looking at a statement regarding Benzene that says, since delocalised electron model of Benzene is more stable than the kekule model that has three double bonds, it gives out less energy than the kekule model upon reaction.

I am trying to relate this stability back to my learning of electron stability on different shells. The closer to the nucleus an electron is, the more stable it is, the more energy is released to remove it.

Why is the idea of stability completely different here?

I think that your question revolves around the evidence that is normally given in organic texts around the stability of aromatic compounds such as benzene. 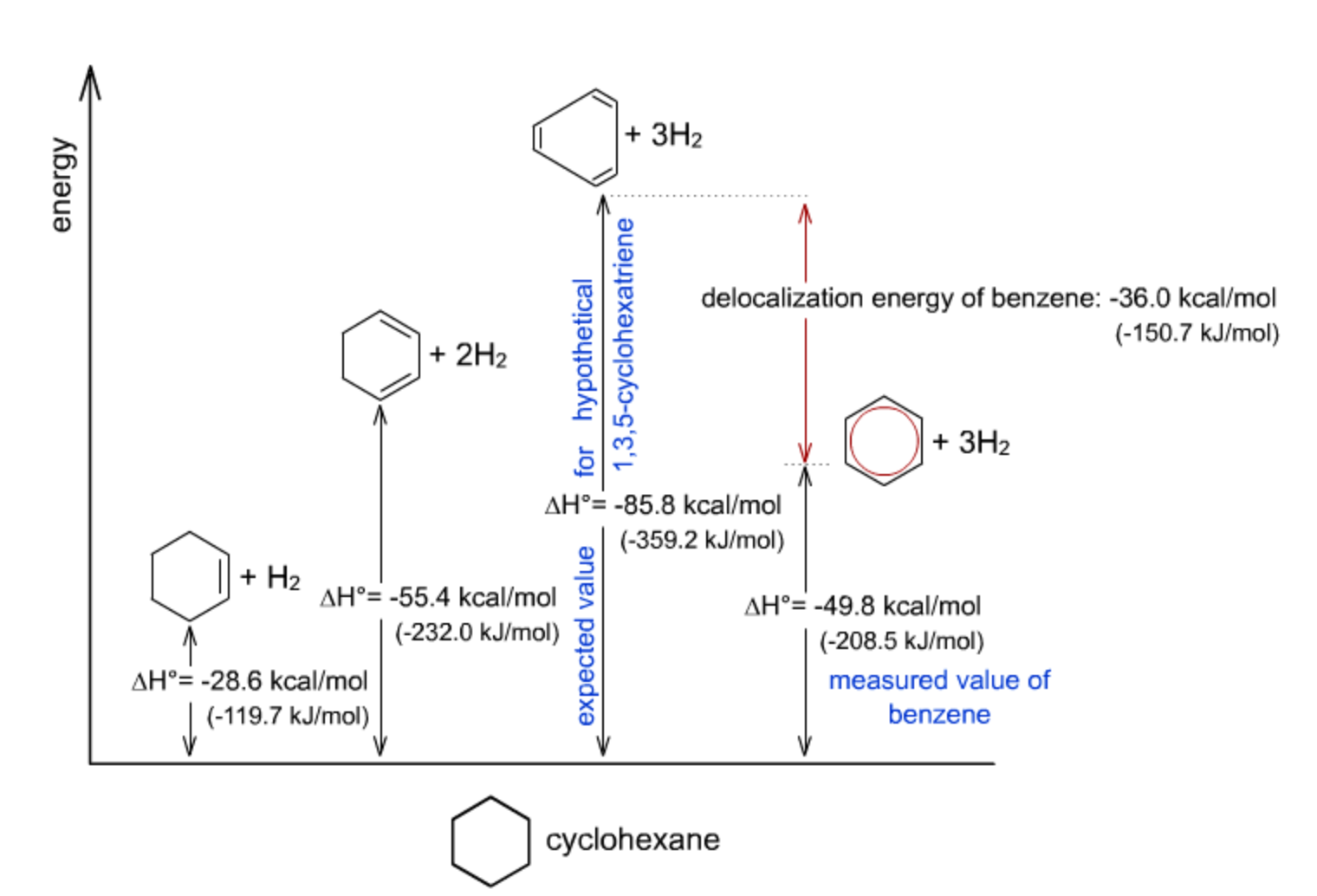 The idea here is that addition reactions with benzene (such as hydrogenation) that involve bond formation that is stronger than the pi bonds that are broken are less exothermic than similar reactions with hypothetical cyclic alkenes such as cyclohexatriene. The implication is that there is some stabilization of benzene beyond what is expected from simple alkenes.

This is the main basis for the theory of aromaticity in molecules that obey the rules (planar, cyclic and having 2n + 2 pi electrons). If you wish to learn more about why benzene is more stable than expected, see this great question: Delocalised electrons and stability of benzene

There is no conflict with the understanding of electrons in lower potential energy orbitals being more stable. It is an extension of the same idea, just using molecular orbitals rather than atomic orbitals.

5
Delocalised electrons and stability of benzene
1
Why total heat of hydrogenation of 1,3-cyclohexadiene is more than that of benzene?

64
Why do elements in columns 6 and 11 assume 'abnormal' electron configurations?
16
Why is sulfur hexafluoride more stable than selenium or tellurium hexafluoride?
5
Why is naphthalene less stable than benzene according to per benzene ring?
6
Energy of electrons in the same subshell
4
The pyridine/benzene stability 'paradox'?