Predict the major product of the following reaction with mechanism [closed]

Ask Question
Asked 9 months ago
Active 9 months ago
Viewed 893 times
-1
$\begingroup$
Closed. This question is off-topic. It is not currently accepting answers. 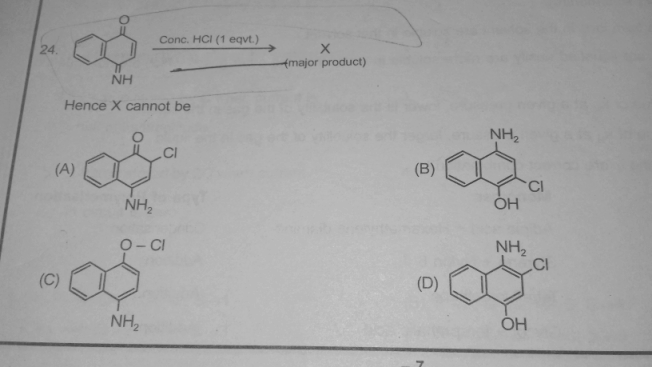 I started to do the problem by coordinating H+ with the lone pair of oxygen then after that I can't proceed .please send the solution by show the detailed mechanism.

(i) Protonation of imine $\ce{N}$ would end up with 1,4-addition to give structure (A), which rearranges to structure (B) via keto-enol tautomerism.

(ii) It is also possible that Protonation can be undergone through keto $\ce{O}$, which would end up with 1,4-addition followed by keto-enol tautomerism to give structure (D). See the depicted arrow-pushing mechanism below: 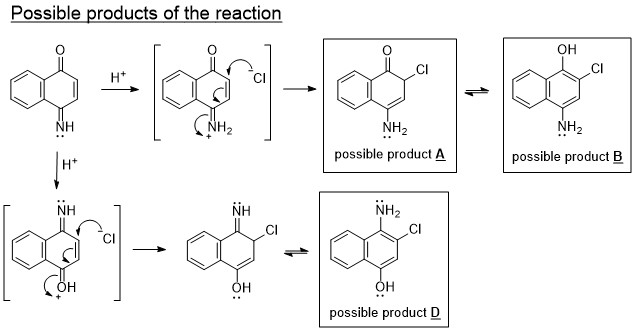 To get structure (C), it need to have 1,6-addition, which is impossible. Therefore, the answer is (C).

Not the answer you're looking for? Browse other questions tagged carbonyl-compounds amines or ask your own question.