Why are “diene” structures in the C-ring of anthocyanins singled out for their singlet-oxygen quenching ability?

Anthocyanins are a class of water-soluble vacuolar pigments. They are sensitive to pH, and can undergo a series of structural changes according to a pH-dependent equilibrium as illustrated in Figure 1. For this question, the flavylium cation (the form predominant at pH 1-4, which is also generally used to represent anthocyanins) and the quinonoidal anhydrobase (the form predominant at a neutral pH) are of particular interest.

Figure 1: The generalised structure of the anthocyanin flavylium cation, indicating the positions and numbering of the A, B and C ring of anthocyanins; the pH-dependent equilibrium between the different forms of anthocyanins.

I was initially under the impression that the antioxidant strength of the various forms of anthocyanins would mainly be dependent on the extent of conjugation (and thus electron delocalization) across the entire molecule, with more extensive delocalization stabilizing the anthocyanin radical formed upon interaction with singlet oxygen or some other reactive oxygen species. By this logic, the flavylium cation would have the highest antioxidant activity not only because it retains its hydroxyl groups for hydrogen donation to radicals, but also because there is conjugation across the entire flavonoid skeleton, even the oxonium function at position 4. So I was surprised when some papers singled out conjugated dienes (as opposed to the extent of conjugation across the entire molecule) to explain singlet-oxygen quenching ability.

In our experiments carried out at neutral pH, the anthocyanins exhibited a blue color, indicating that the quinonoidal anhydrobase likely dominated. This form is the most efficient for the quenching of nonradical singlet oxygen because its unsaturated diene conjugation (double-single-double bond arrangement) allows for the addition of singlet oxygen and the formation of endoperoxide at these electron-rich double bonds. 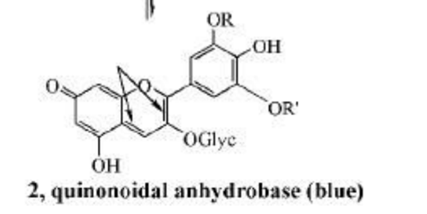 Figure 2: The diene structure (arrows) on the quinonoidal anhydrobase 2 is an excellent substrate for singlet oxygen.

In a follow-up paper$^2$ by another group arguing for the efficacy of the flavylium cation as a quencher of singlet-oxygen:

In the case of the flavylium cation form, AM1 semiempirical molecular orbital calculations indicated that 4’-OH substitution in the ring B causes resonance increment with C-ring allowing strong delocalization of the pi electrons and the positive charge producing also a 1,3-diene system in the ring. C [29] (Scheme 2). Therefore, it can be expected that increasing the number of electron-donating groups in the anthocyanin skeleton stabilizes the resonance structure of the diene system form in the flavylium cation favouring a [4+2] type interaction with the electrophilic species $\ce{^1O2}$.

Why these dienes? It appears that there are loads of other conjugated “dienes” in the anthocyanin molecules. Groups of double-single-double bonds on the C-ring which include the O at position 4 as one of the 4 atoms are automatically eliminated because a diene is defined as “a molecule which contains two alkene linkages”. But why aren’t the “dienes” on the A-ring of the flavylium cation and the B-ring of both the flavylium cation and the quinonoidal anhydrobase considered as substrates for singlet oxygen? With reference to the 3,5 diene of the quinonoidal base and the 1,3 diene in the resonance structure of the flavylium cation, there are 2 possible key differences I can think of:

In summary: is the reference to the presence/ creation of a “diene” system simply a convenient way of referring to the positions of the anthocyanin which are somehow more likely to react with singlet oxygen (with one of the two scenarios above being a possible explanation), or is this system somehow isolated from the rest of the conjugated pi-system? (The latter seems unlikely to me.) If the former is true, which explanation, if any, is correct?

Browse other questions tagged reaction-mechanism reactivity radicals or ask your own question.

17
Orbital correlation diagram for the cleavage of cyclopropylmethylene carbene
19
Why are two three-membered rings preferred to a single five-membered ring in the reaction of a dihalide with alcoholic KOH?