What would happen, if in a galvanic cell, the salt bridge is replaced by an inert platinum sheet?

Would charges accumulate on the sheet? Would the cell still work, and produce less emf than earlier, or stop working at all?

P.S. I know why a salt bridge is necessary for the functioning of a galvanic cell - my question is rather specific to what would happen if I were to use a platinum sheet instead, and why we can't use it. (Hence, not a duplicate.)

In continuation of the discussion above, I have another opinion:

What would happen, if in a galvanic cell, the salt bridge is replaced by an inert platinum sheet?

The cell would stop working in most cases. Opposite charges would accumulate in the two > half cells, opposing the reduction and oxidation half reaction.

I am afraid the statement is not correct. The set up in which Cu and Zn are partitioned by a platinum sheet, is equivalent to two galvanic cells connected in series.

which are connected via conductor. In this case, the conductor is also platinum.

I just was reading LeBlanc's historical textbook on electrochemistry (lovely book from German translation) for another purpose. He shows a nice picture of two cells connected in series. 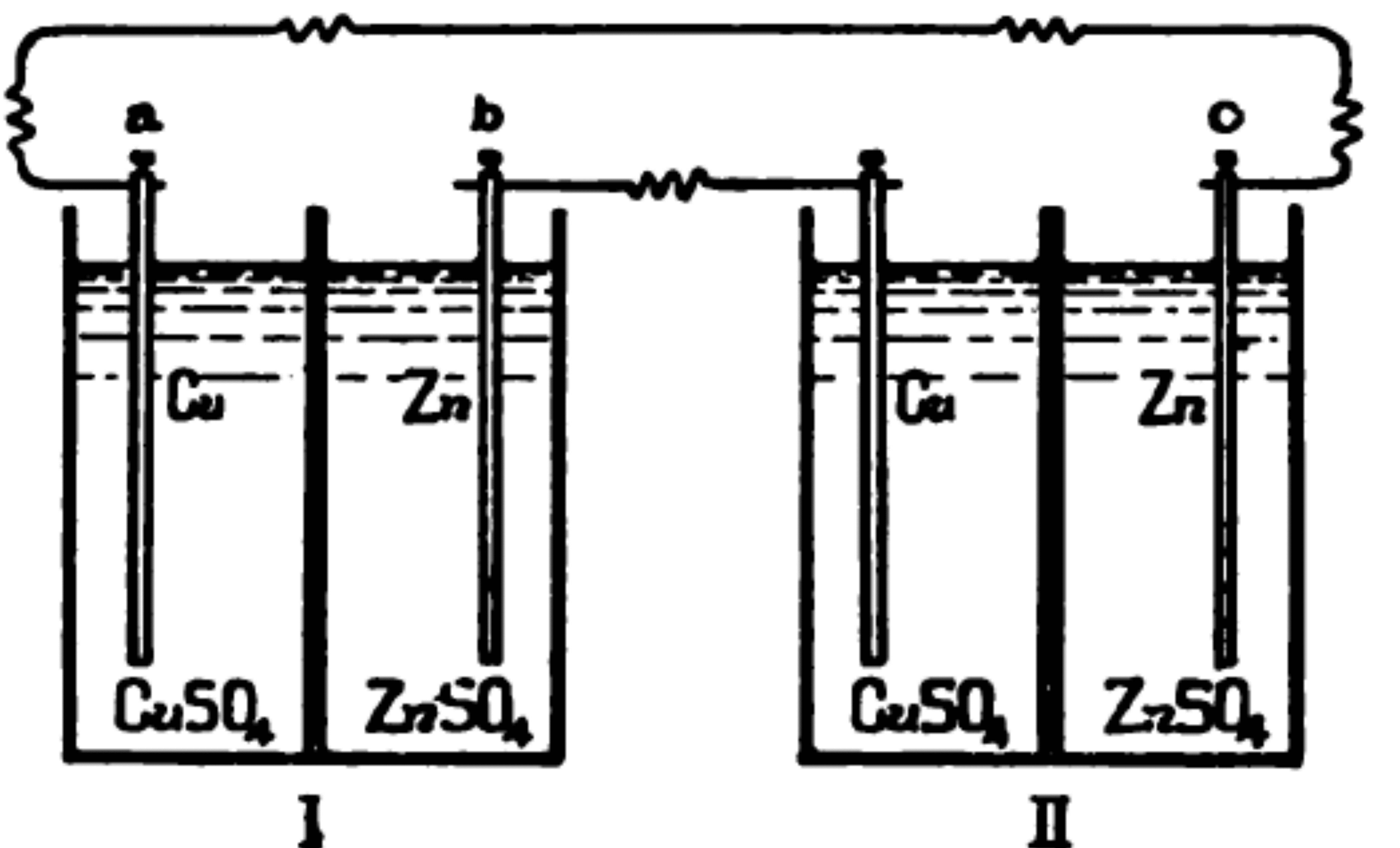 Consider a similar situation in case of Pt. However we may not be able to calculate the potentials because Pt is not dipping in Pt ions in either beaker. Instead, one end is in copper ions and the other end in the zinc ions. It still may show a positive potential (Ecell) just like how a lemon battery does (=Zn and Copper rods immersed in a citric acid solution).

This has been discussed before in physics. https://www.physicsforums.com/threads/copper-wire-as-salt-bridge.146868/ The cell still works! Charges can never accumulate like static electricity in a galvanic cell in the presence of a conductor.

44
Why is it important to use a salt bridge in a voltaic cell? Can a wire be used?