How do I decide whether ring will expand in this reaction or not? 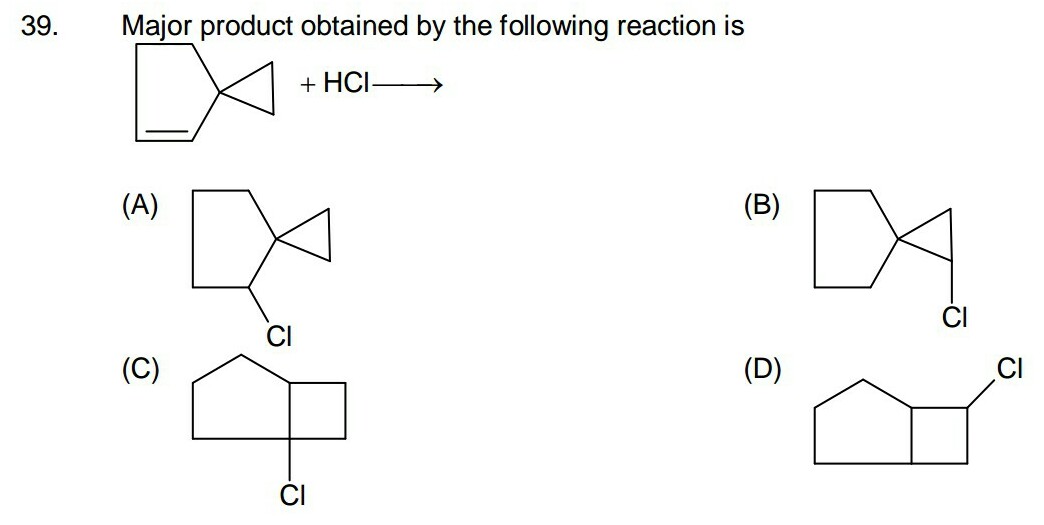 After forming the carbocation adjacent to the cyclopropyl ring I had two options,

I chose the first option because of exceptional stability of cyclopropyl methyl carbocation. However, answer given is option C which follows mechanism (2).

Can someone explain how to judge and decide how to proceed after the carbocation formation? 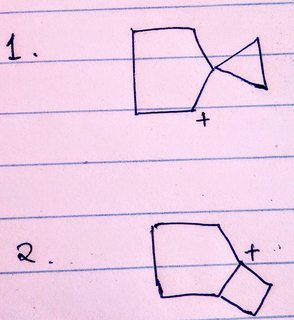 In case 1. You can see it is a 2° carbocation (or secondary carbonation) with angle strain of ~25° on cyclopropane

In case 2. You can see it is 3° carbocation (or tertiary carbocation) with angle strain of ~10° on cyclopropane

It is obvious that case 2 will be major intermediate yielding $\ce{1-chlorobicyclic [3,2,0] heptane}$ as main product that is C.

Edit1: After reading your question more thoroughly I found that I missed one thing about 'exceptional' stability of cyclopropyl methyl carbocation.

Edit2: See image below for reference 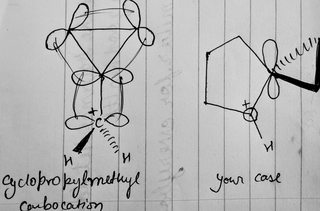 To sum up you can say that the cyclopentyl ring does not let cyclopropyl ring to provide stability to carbocation which makes ring expansion a preferred option.

Edit3 (Bonus): I asked to my professor about this, he told me that there are two conformational isomers of cyclopropyl methyl carbocation. One is bisected conformation and other is perpendicular conformation. The bisected one allows the carbocation to be exceptionally stable but the perpendicular one isn't that much stable (like in your case) due to less interaction of p-orbital and the partial double bond character cannot be achieved.

Not the answer you're looking for? Browse other questions tagged organic-chemistry reaction-mechanism reactivity or ask your own question.

44
What is the reason for the exceptional stability of the cyclopropylmethyl carbocation?

10
Ring expansion from a given cyclic carbocation
6
Reaction involving markovnikov's rule
3
How to determine the reactivity of a set of compounds that may undergo nucleophilic substitution?
9
Why don't hydride shifts occur with hydrohalogenation of 4-methyl-cyclohexene?
0
Is 1,3 alkyl shift allowed in Cyclobutyldicyclopropylmethyl Cation?
3
Is Pinacol rearrangement the source for the ring expansion?
4
Why and how does ring expansion occur in the dehydration of (cyclobut-3-ene-1,2-diyl)dimethanol?