Mechanism of ring formation of an epoxide under acidic aqueous conditions

I am trying to figure out the mechanism of this reaction:

I think the $\ce{H+}$ will first attack the oxygen of the epoxide and another $\ce{OH-}$ will be added to the most substituted carbocation, which is the secondary carbon of the epoxide. This will form a glycol, but don't know where to go from there.

What is the mechanism that leads to that product?

This is a compilation from the comments (some of them deleted by now) showing the thought process in finding the reaction product and eliminating some of the steps that might seem plausible. None of the insight is mine.

Formation of a cation

Yes, that is the first step. 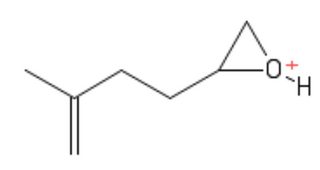 No attack by a nucleophilic oxygen at this point

[...] and another OH− will be added to the most substituted carbocation, which is the secondary carbon of the epoxide. This will form a glycol,but don't know where to go from there.

This does not happen.

The solution is acidic, so there is very little hydroxide available.

H20 will act as a nucleophile and attack the carbocation, this will result in a H+ being released from +(H2O)

This does not happen.

Why is the H2O not attacking before the formation of 5 member ring?

Compared to hydroxide, water is not a strong nucleophile. ANBENZENE comments: "[...] the molecule will always try to generate a stable carbocation [...]".

As Waylander states in a comment: "Have the double bond electrons attack the protonated epoxide to give the most stable cation. Remember, forming [5] rings is favorable".

This is an intramolecular reaction, going from a carbocation on a secondary carbon to one on a tertiary carbon. Also, a five-membered ring is formed and a three-membered ring was opened.

Finally, the oxygen on water does attack a carbocation, resulting in the second hydroxyl group found in the product. 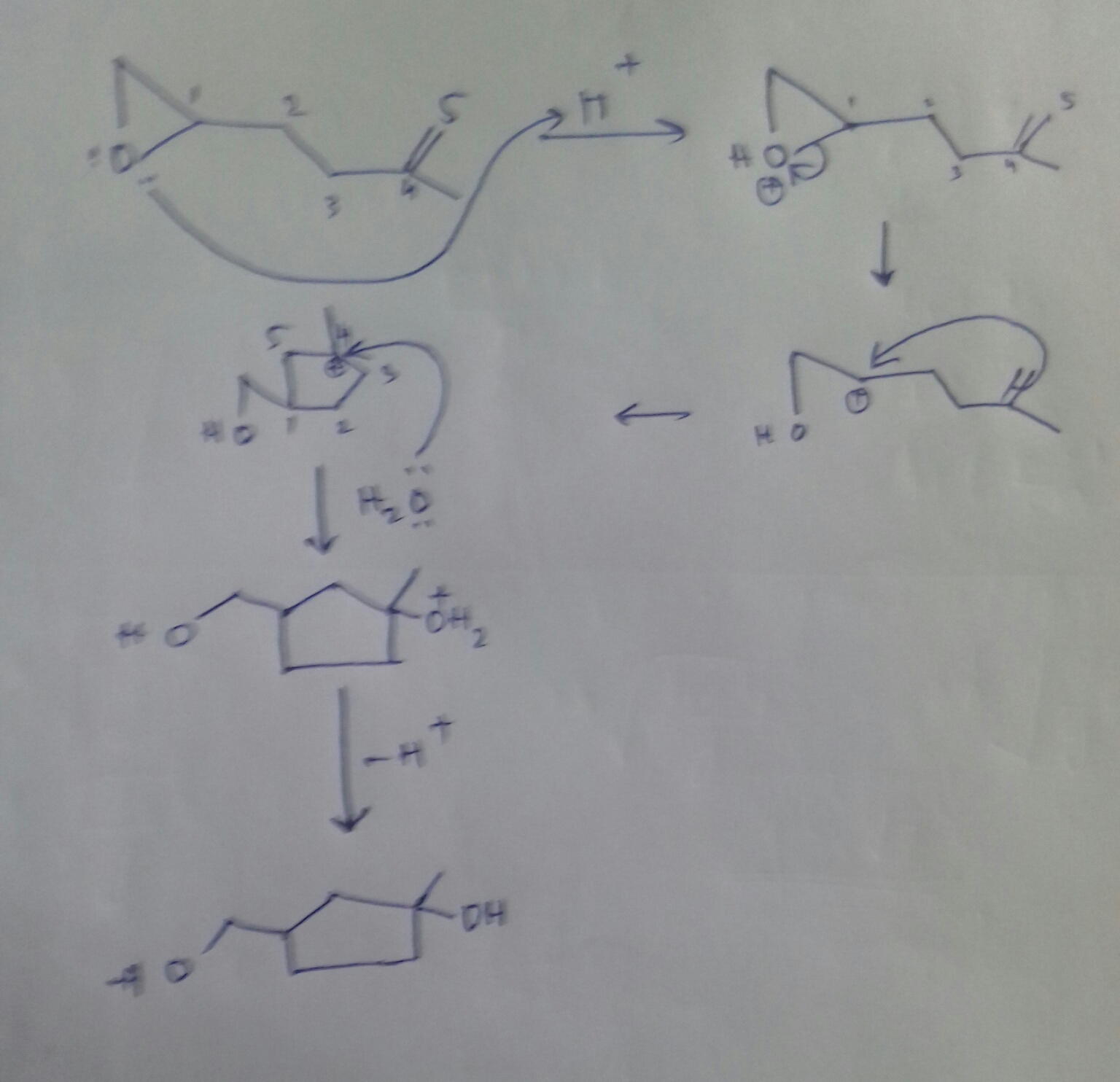 Oxygen atom being under strain(sp3 hybrid orbitals at an angle of 60°!!) will be more reactive and hence 3° carbocation is formed as the last attack is performed on the sp2 (2°) carbon atom. Hope it helps.

Not the answer you're looking for? Browse other questions tagged reaction-mechanism alcohols carbocation or ask your own question.