Will evaporation from two immiscible liquids blow up a balloon? 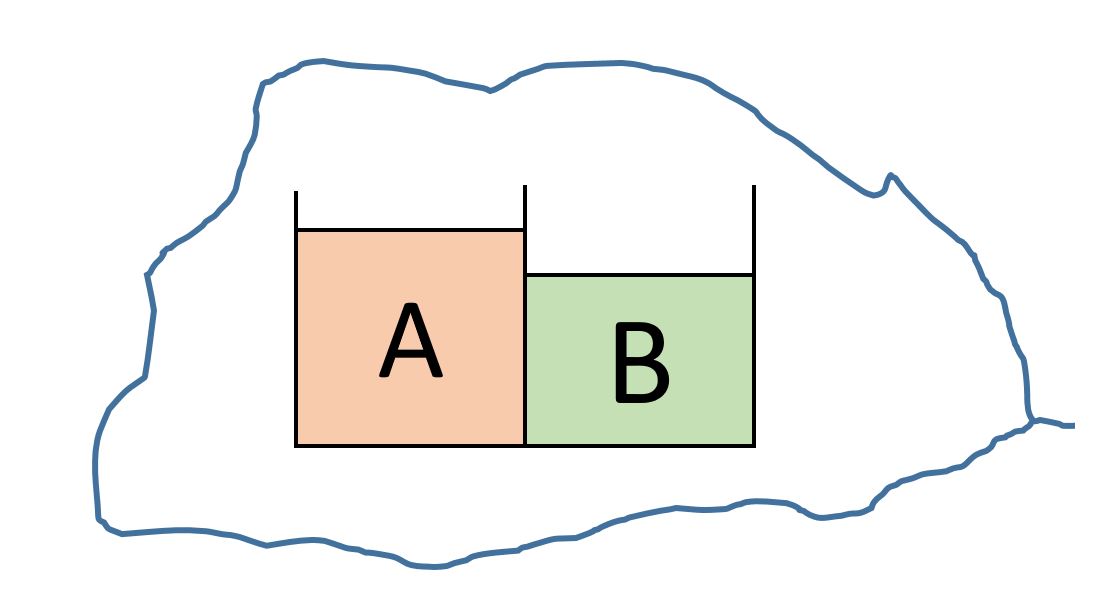 Two immiscible liquids A and B are placed inside a balloon at a temperature where neither one of them boils. The inside of the balloon contains some argon, and the outside is air at atmospheric pressure. The balloon is made of mylar or some other similar material (flexible but not elastic).

This question is related to Is it possible to boil a liquid by just mixing many immiscible liquids together? It addresses the question how to get both liquids into contact with the gas phase without worrying that the more dense liquid would be covered by the less dense one. It specifically does not ask about boiling, though, but rather about combined vapor pressure higher than ambient pressure, i.e. sufficiently high to displace gas at atmospheric pressure.

If this setup works, I wonder if it is possible to build a balloon pump where the balloon blows up "automatically", i.e. by heat transfer from the environment to drive evaporation of the two liquids.

Browse other questions tagged phase vapor-pressure mixtures or ask your own question.

6
How can I turn LPG from liquid to gas?
4
Liquid-Liquid phase separation
3
Multiphasic liquid “flotation” experiment
9
Vapor pressure of immiscible liquids
2
Is it correct to say that SOME iodine undergoes sublimation at 1 ATM
0
Vapor Pressure, Equillibrium, and Increasing Pressure
6
How Would A Vast Mixture (Like an Ocean) of Ammonia-Water Behave in Terms of Evaporation and Freezing?
1
Comparison of evaporation rate of liquids