What is the name of “cis/trans” isomerism when all four groups are different?

How would you call a pair of isomers on the picture below? 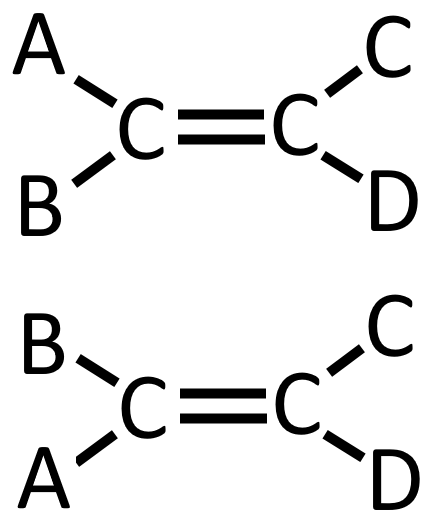 They look a lot like regular cis/trans isomers, except all four groups are different. I can tell they are spacial isomers (stereoisomers) but is there a more specific name for this kind of isomerism?

When all four substituents are different cis-trans type of isomerism cannot be applied. Moreover the Cis trans system is often ambiguous because configurational descriptions have not been defined according to any general and clear set of rules. For these types, there is system called E-Z system of nomenclature and is based on the sequence rules of Cahn, Ingold and Prelog (CIP) rule, originally developed for naming optical isomers on R-S system

Not the answer you're looking for? Browse other questions tagged stereochemistry terminology isomers or ask your own question.