Say you had a sheet of graphite; inside the network covalent solid all the carbons are bound to one another, but the terminal atoms are obviously missing some C-C bonds since they are terminal. 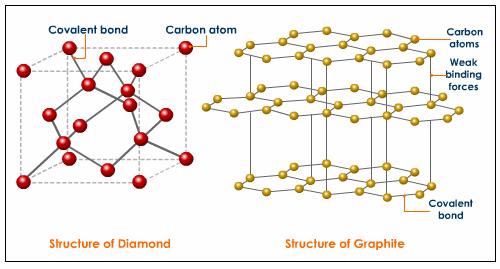 Their formal charges would differ, correct?

What is the consequence of the differing charges?

The terminal carbons may or may not be missing some bonds. In any case, unless there is a charge on the surface/edge, the formal charge will always be zero.

Let's look at a single graphene ring to make it easier to see:

In this first case, there are no atoms attached, and it is pure carbon. However, for the molecule to be electrically neutral, there must be a total of 6*4 valence electrons: 24. If we only have alternating single and double bonds, that gives us 18, so the other 6 have to go somewhere. In this structure I have drawn them as free radicals (although it is extremely unlikely they would be for long). In this case, you can see that the formal charge on each carbon is still zero:

The second image is more likely if we don't allow any other elements to attach. Since the alternating double bonds are are really resonance structures formed by the overlap of p-orbitals, those lone electrons can do the same and form another $\pi$-bond, resulting in a triple bond. This idea is support by this article, which shows that under vacuum, they have observed that graphene sheets can form triple bonds along the edge. Examining each carbon, we again see that the formal charge is zero:

The third picture is what we commonly assume happens - something (in this case hydrogen) is attached. This would again give a total of four bonds, resulting in a formal charge of zero for each carbon.

So the answer to your first question:

Their formal charges would differ, correct?

Is most likely "no" unless the surface is charged.

However, your second question:

What is the consequence of the differing charges?

is a good one, considering that regardless of formal charge, the terminal atoms will obviously have a different character.

How exactly it will change depends on the specifics, but in general, we can say that they are "more reactive."

Yes, the formal charge at such atoms would be different. Such atoms, typically found at the at the edge of some crystalline or regular solid, are known as "defects" in the solid. Because they have an incomplete outer shell and lack a stable bonding configuration (bonding vacancies), they usually exist as a radical, anion or cation. They define an area of extremely high reactivity on the solid's surface and mark the spot where reactions often begin.

this link covers graphene systems, from the "Conclusions" section; "We have performed scanning gate microscopy on graphene and observed such charge inhomogeneity and puddles due to extrinsic doping from possible sources such as metal contacts, graphene edges and surface residues."

Not the answer you're looking for? Browse other questions tagged formal-charge or ask your own question.

42
Carbon atoms at the edge of a diamond

2
Determine polarity of covalent bond with formal charge
1
Why does calculating formal charges help us draw correct Lewis structures?
1
Formal charge and net charge
0
Is it possible for a carbon atom with a negative formal charge to have ONE bond and ONE lone pair?
1
Arrow pushing: why does the O become positive when its lone pair becomes a double bond?
2
Rules to identify the most stable resonance structures
8
Computed partial charges for protonated amine: discrepencies between Gasteiger and other methods