Is there an inexpensive solvent I can use to dissolve thermal paste without scrubbing?

I'm removing large voltage regulators from circuit boards which are often coated with a generous amount of thermal grease. I've found that 70% isopropyl alcohol works great for softening this and removing it with some light scrubbing.

The problem I have is that, without a lot of additional effort and scrubbing, the surfaces will often retain a film from the grease. There are also areas which I may have missed or were unable to reach when scrubbing.

This type of grease is often electrically conductive and can cause a short circuit if accidentally brushed over the pins of a chip. It's also just plain annoying when it gets on your hands.

Is there an inexpensive solvent that I can use to dissolve the thermal paste without having to scrub the components? I felt that it would be more appropriate to ask this here on the chemistry stack exchange as I'm also interested in understanding how other solvents would work better for this.

I tried leaving the components in a bag of 70% isopropyl alcohol but this confirms that it only softens it. The thermal paste don't actually free itself from the surface without some mechanical force.

See here for a photo where the surface looks clean but you can see where I scraped my finger across it through the bag and it removed more of the grease.

The color of the component becomes a dull grey due to the grease becoming embedded in the pores of the plastic which is what it's supposed to do. I would like to know if there is a way to simply drop these into a chemical and have the grease dissolve away on its own without damaging the package. 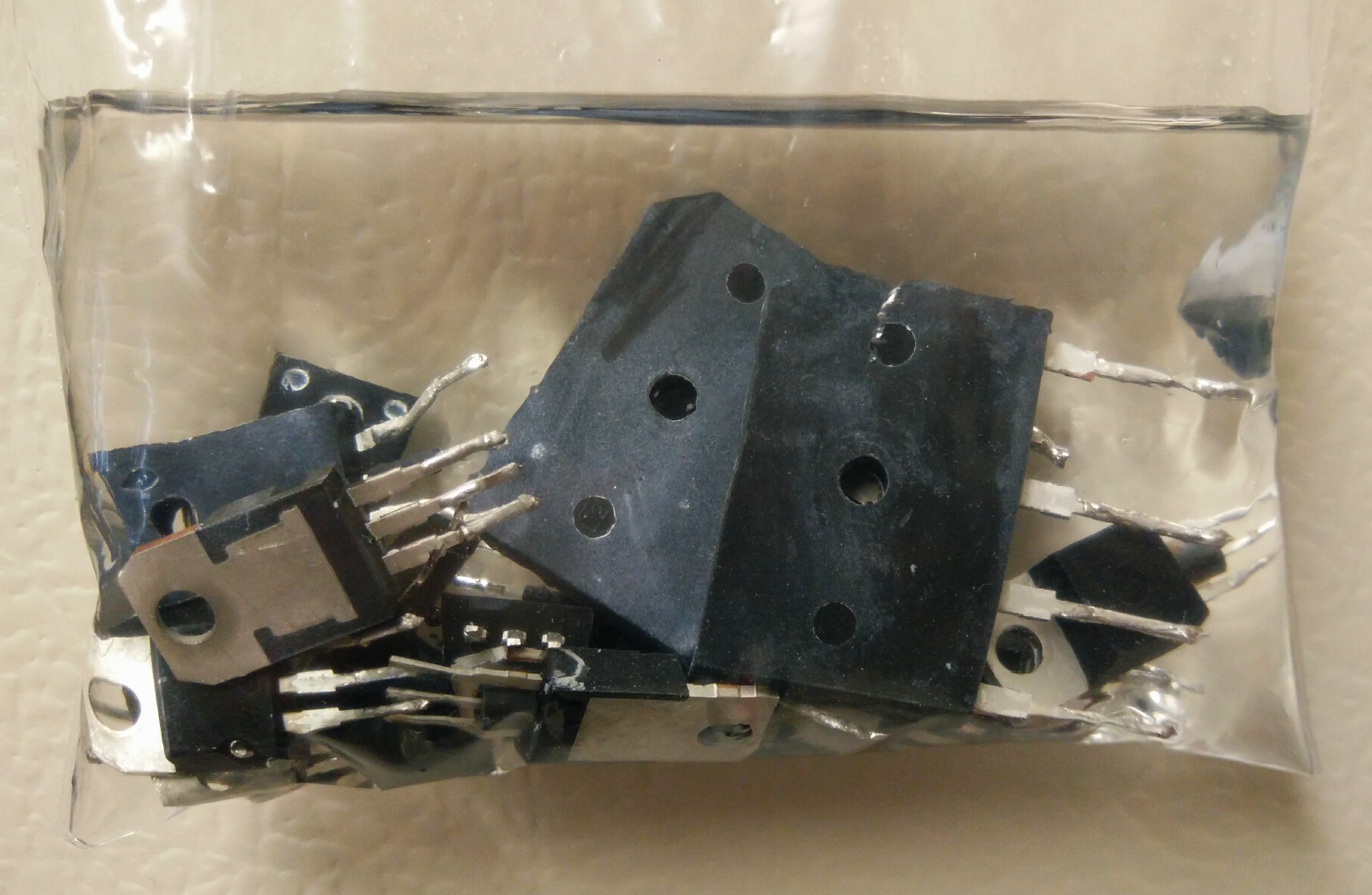 First the sad part - there is no magic compound that will dissolve thermal paste like a champ and leave your electronics alone. If that was no "sine non qua" as they say, we could have suggested a varied assortement of highly aggressive halogenated solvents which we would mix with something else for the extra bang, some hydrogen peroxide perhaps, or the good old fuming nitric acid. Things would happen, rapidly.

As for all-round no-nonsense solvents, isopropyl alcohol is a big favourite, it is fairly environmentally friendly especially if you consider your hands and your tabletop as part of the environment. And of course it solvates a wide range of icky substances that needs removal. As a small step up the agressive solvent ladder would be to consider acetone, "citrus solvent" (basically oils and acid of lemons, it kicks ass) or acetic acid based solvents. But none of them will magically clean the surface, you'll have to use some elbow grease. Or thumb grease, I guess.

8
Are there any significant industrial processes that use liquid ammonia as a solvent?
1
Can I use gasoline as a non-polar solvent?