Which one is the stronger Lewis base: diethyl ether or tetrahydrofuran?

I am trying to understand Lewis bases (bear with me, I am a physicist). I was asking myself how diethyl ether and tetrahydrofuran compare with respect to their properties as solvents in electrophilic additions. Or if there is any difference at all.

So, for example, is it better to use a (boron trifluoride + diethyl ether) complex or a (boron trifluoride + tetrahydrofuran) complex? As to my understanding this is mainly a question about how strong the solvent acts as a Lewis base. If the solvent (ether or THF) is a stronger base, it might inhibit the catalysis of the actual electrophilic addtion reaction we are targeting, right? So under this assumption it is probably better to use the weaker base.

My guess is that diethyl ether is the stronger Lewis base. It has two hydrogen atoms more, so it is also contributing two more electrons, and moreover due to the slightly lower electronegativity of hydrogen, these electrons tend to be dragged towards the oxygen. On the other hand, THF misses the two protons and electrons, and moreover it must be electroneutral in the symmetry plane where the opposite C-C bond is, so it contributes a little less electron stuff to the nucleophilic oxygen.

Is this argumentation correct?

And what about this: the THF molecule is a little more compact than the diethyl ether and moreover has a tensed 5-ring. So shouldn't this push the electrons a little more to the periphery of the molecule, especially to the oxygen, and thereby increase its strength as a Lewis base again? Is this effect relevant at all?

PS: After writing this question I found a table at Wikipedia (https://en.wikipedia.org/wiki/Lewis_acids_and_bases) which states that the enthalpy of formation of the BF3 adducts is

This is about the opposite of what I would have expected and seems to indicate that the effect of the two additional protons/electrons of Et2O is not as big as it might seem at first.

But is it really support for the "compactness of THF in the 5-ring" theory? Or are there other effects responsible for THF being the stronger Lewis base?

Which is "better"? In some specific reaction, with all other circumstances identified. Ether is a little too volatile for my preferences, but THF is not bad. I like the smell of ether, but the odor of THF is OK. Little problem with oxygen (fire and peroxides) with both of them, so you must be careful with both.

The difference in enthalpy of formation (11.6 kJ/mol) is small compared with activation energies of typical organic reactions (~100 kJ/mol), so "better" might be related to human preferences more than than chemical performance.

A chemist might already have a feel for the molecular configurations of these molecules, but a physicist could benefit from making the models or looking at them: 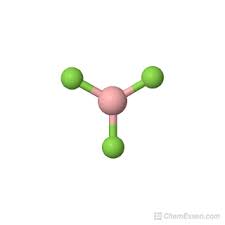 The ability of THF to poke the BF3 molecule better than ether can is apparent. Whether this is the controlling factor in which is "better" remains to be seen. I'll go out on a limb and say that either one will work, although the results (convenience, yield, expense, etc.) could easily be +/- 20-50%, depending on the situation. In a lab, one might work better; in industry, the other might be preferable.

Either solvent could probably be optimized for best performance under slightly different conditions, and these optimum conditions will not be the condition you choose for the first experiment. Probably a dozen experiments will suggest which solvent could be the better choice. The literature should suggest the better (or more typical) choice for your needs.

Not the answer you're looking for? Browse other questions tagged acid-base ethers or ask your own question.

2
Lewis base strength and the hydrogen proton
4
Stability of Sulfides - backbonding?
1
Which base is stronger? Ammonia of phosphite?
8
Preventing build-up of Diethyl Ether Peroxides
2
Group 15... Lewis Acid, Lewis Base or Not At All?