Why would CuSO4-EDTA drops be used in Pb titrations?

We use CuSO4-EDTA drops (4) when preparing our lead titration samples for final titration by EDTA. What mechanism would there be for adding this to a titration? What benefit does it produce on Pb titration? We digest galena with nitric and sulfuric, clean up samples with a 5% sulfate wash, and remaining sample is washed into original beaker with 50% ammonium acetate solution (ammonium acetate/acetic acid buffer). Samples are boiled then cooled before final steps. The samples have ~1.5g ascorbic acid, 4 copper-EDTA drops, and 4 xylenol orange drops added to each sample prior to titration with EDTA. 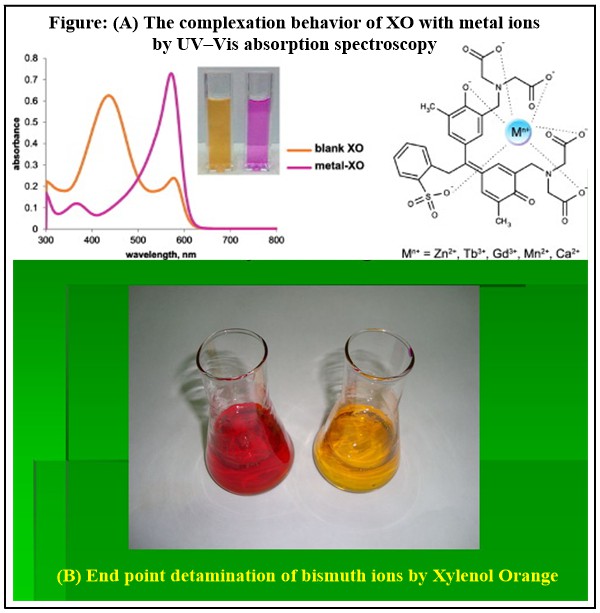 Also note that use of ammonium acetate ($\ce{NH4OAc}$) as a neutral buffer is misleading. $\ce{NH4+}$ and $\ce{AcO-}$ are not a conjugate acid/base pair, which means that they do not constitute a buffer at pH 7. However, dissolution of ammonium acetate salt in water results in pH 7, but this pH is highly labile (Ref.1). Ammonium acetate does provide buffering around pH 4.75 (the $\mathrm{p}K_{\mathrm{a}}$ of acetic acid) and around pH 9.25 (the $\mathrm{p}K_{\mathrm{a}}$ of ammonium). Thus, advantage for using $\ce{NH4OAc}$ is a drop from pH 7 to around pH 4.75, which is considerably less dramatic (e.g., addition of $\pu{1 mM} \: \ce{H+}$ to a $\pu{10 mM}$ neutral pH solution will decrease the pH to 5.8) than doing the same to pure water. Remember, during the titration, with out "real" buffer, pH of the solution changed due to release of $\ce{H+}$ ions by complexation.

Not the answer you're looking for? Browse other questions tagged inorganic-chemistry titration or ask your own question.

6
What would one have to do differently if they used NaMnO4 instead of KMnO4 for redox titrations?
11
Why is Borax used as a primary standard?
4
EDTA Titrations
0
pH Curve in Acid/Base Titrations
3
Titration with EDTA and Eriochrome black T
0
Can sodium carbonate-sodium bicarbonate buffer be used for EDTA titration of calcium?