My book says that

Glucose is found to exist in two different crystalline forms which are named as $\alpha$ and $\beta$.

Next it says that

This behaviour could not be explained by the open chain structure for glucose.

I am not able figure out how does existence of two crystalline forms prove that glucose exists as a cyclic structure? Are there no noncyclic compounds which exist in more than once crystalline forms?

And why can't it be explained by the open chain structure?

I think I am missing something, but what?

If we take the example of glycine, it exists in two different crystalline forms, but doesn't have a cyclic structure like that of glucose. So why does existence of two crystalline forms for glucose seen as a supporting evidence of its ring form?

Glucose is usually present in solid form as a monohydrate with a closed pyran ring (dextrose hydrate). In aqueous solution, on the other hand, it is an open-chain to a small extent and is present predominantly as α- or β-pyranose, which partially mutually merge by mutarotation. 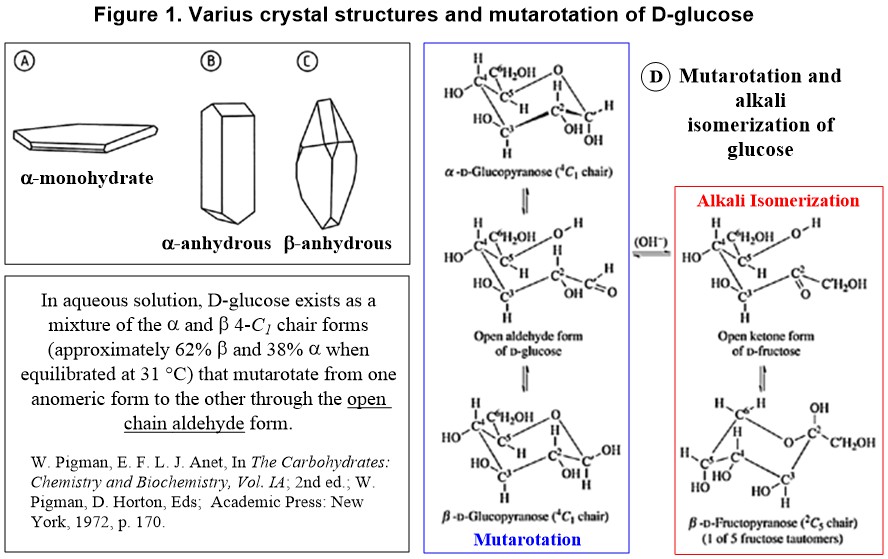 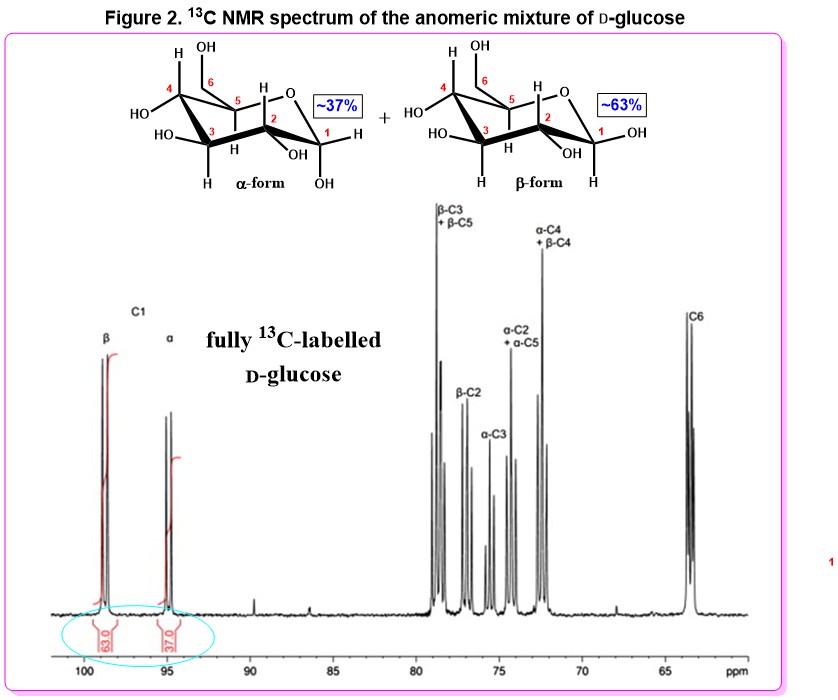 The open chain is floppy. The relative stereochemistry between two centers is fixed and unchanging.

But the existence of geometric isomers implies additional structure imposed on the molecule. In this case, in 6-member ring, one can have axial or equatorial substitution which are distinct. The relative stereochemistry is the same but the relative substitution patterns are now different.

Take a look at the following structure (source).

In the $\alpha$-form, the hydroxyl group at C-1 is axial, and in the $\beta$-form, it is equatorial. However, this change does not affect anything else in the molecule of glucose, so the relative positions of substituents becomes different.

The tricky part is that this doesn't necessarily imply a cyclic structure, but a cyclic structure is probably the easiest way to impose structure on the molecule that will rationalize two forms. (And I am hard pressed at the moment to actually come up with an alternative.)

Not the answer you're looking for? Browse other questions tagged organic-chemistry biochemistry chemical-biology carbohydrates or ask your own question.

2
Reactions which confirms the presence of cyclic structure of glucose