What would the chemical name be for C13H8Cl3NO 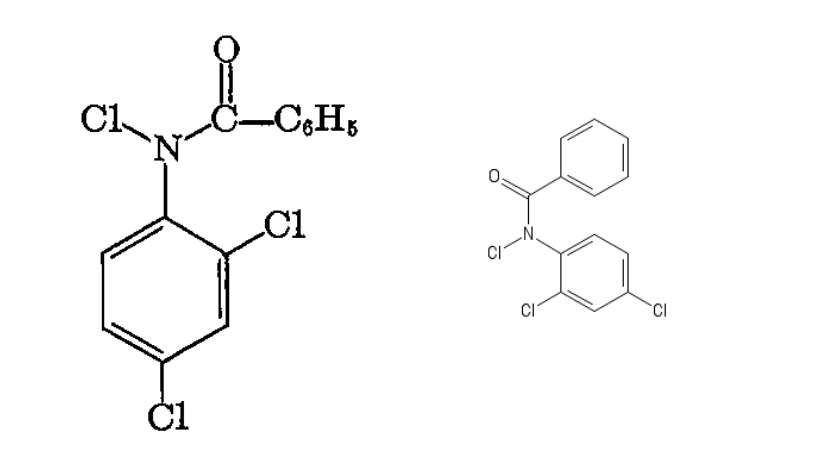 And got the SMILES description from that.

Any clues as to what might be an IUPAC name and the formal way to write it out? Have I have even drawn it correctly? I could not do it exactly because the two rings kept connecting if I followed the same orientation. I don't know enough about double ring compounds to even hazard a guess.

Is there a automatic naming engine out there?

Well, let's reconstruct that starting from the very right side, where it says a $\ce{C_6H_5}$. The ring and the $\ce{CO}$ group would be a benzaldehyde if it had an $\ce{H}$ instead of an $\ce{N}$, right? Or a benzoic acid if it was $\ce{OH}$ instead of $\ce{N}$. So what would it be if it had an $\ce{NH_2}$-group? It would be a benzamide. If the $\ce{N}$ is substituted with for example a chloride we call that N-chlorobenzamide. And now we have another $\ce{N}$-centered ligand, the second phenyl ring. The ring has three positions, the one where it's connected to the rest of the molecule would be 1, so that makes a 2,4-dichlorophenyl.

There is a paper [1] reporting a structural investigation of aromatic N-chloroamides. They investigated polymorphs of similar compound they refer to as N-chloro-N-phenylbenzamide: 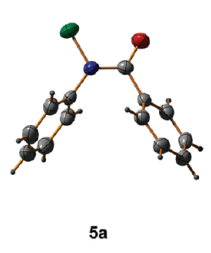 Chlorinated product, I suspect, is indeed is going to be named N‐chloro‐N‐(2,4‐dichlorophenyl)benzamide, as the first answer suggested.