The original question is:-

The major product obtained in the following conversion is:- 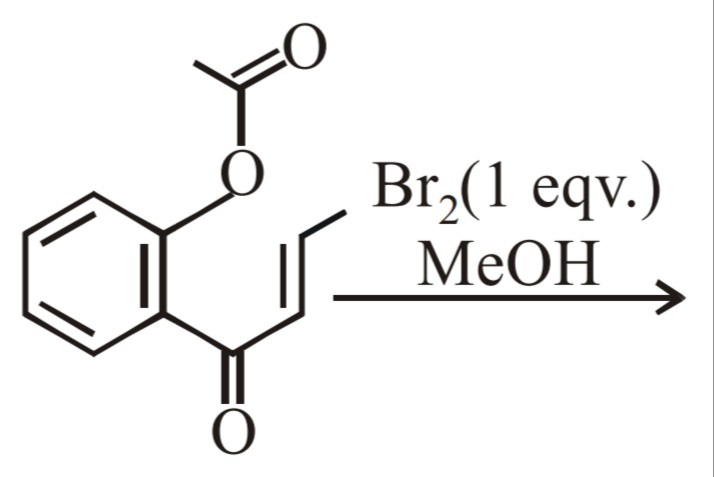 The initial step would be the formation of a bromonium intermediate. Which would then be attacked by a nucleophile $\ce{CH_3OH}$ as it is present in excess in solvent.

What I think is, $\ce{CH_3OH}$ would attack the carbon atom close to ketone, because that’s the carbon best able to stabilize positive charge due to resonance with keto group. This is what I think will happen 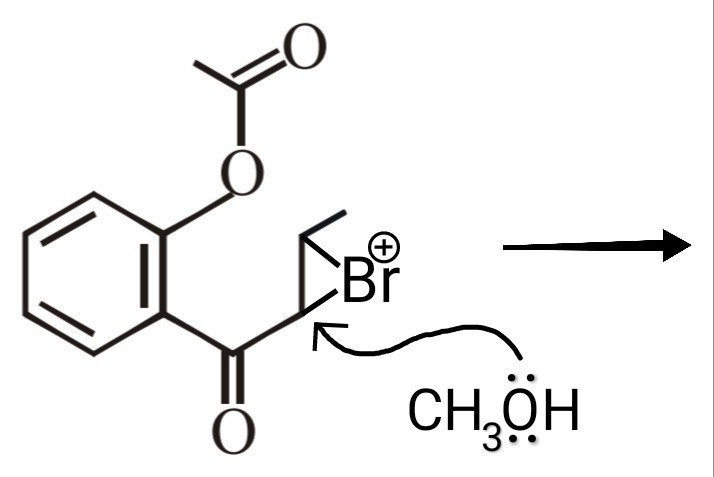 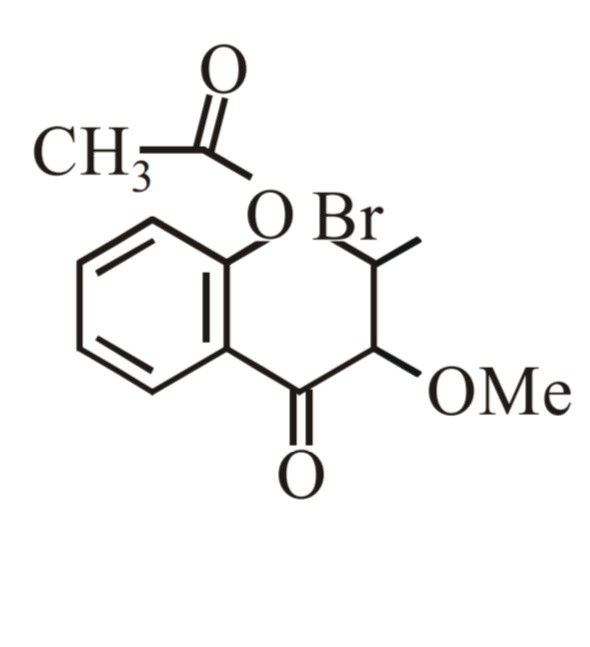 But the proposed answer was 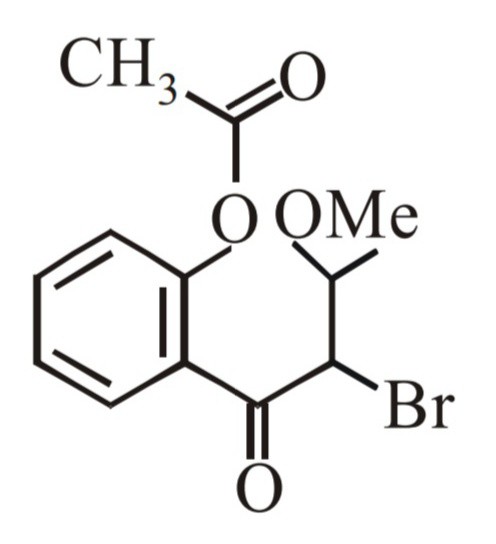 Can anyone explain me why how and why this compound is formed?

I'd like to point out that the ketone would actually disfavor an attack at its alpha position:

Placing two positive charges on adjacent carbon atoms is much less favorable than not, especially when there is an oxygen perfectly poised to help stabilize this positive charge, as user55119 pointed out.

I like the ringo's point, but literature evidence does not support the classic cyclic bromonium ion mechanism. Effects of a carbonyl group on the ring opening of a neighboring bromonium ion in some bromination of reactions of $\alpha,\beta$-unsaturated ketones have been studied. The authors have used methyl acrylate and methyl crotonates (cis- and trans-isomers) in this study. In addition to halogens (used in preliminary studied), they have mainly used brominr chloride ($\ce{BrCl}$) for the electrophilic addition under ionic and radical conditions (Ref.1). For example, under ionic conditions, addition of $\ce{BrCl}$ to methyl acrylate ($\ce{CH2=CHC(O)OCH3}$) gave primarily anti-Markownikov product ($\beta$-attack). The products ratio is 83% $\ce{CH2(Cl)CH(Br)C(O)OCH3}$ (beta attack) and 17% $\ce{CH2(Br)CH(Cl)C(O)OCH3}$ ($\alpha$-attack). However, under radical conditions (ultraviolet irradiation), methyl acrylate has yielded 100% of $\ce{CH2(Br)CH(Cl)C(O)OCH3}$.

Then, during another project on aldehyde and ketones, directed by the same principal investigator (Ref.2), it was found that some simple $\alpha,\beta$-unsaturated aldehydes and ketones do not react with halogens by the expected attack on the $\ce{C=C}$ bond. They proposed a mechanism, which agrees with the formation of products obtained. The simplest version using $\ce{BrCl}$ to show the $\beta$-attack is depicted in Scheme 1: 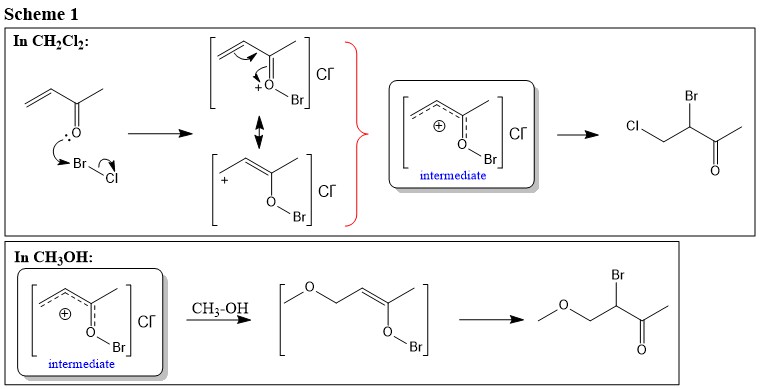 Based on above suggested mechanism and Ringo's prediction, following mechanism is depicted (Scheme 2): 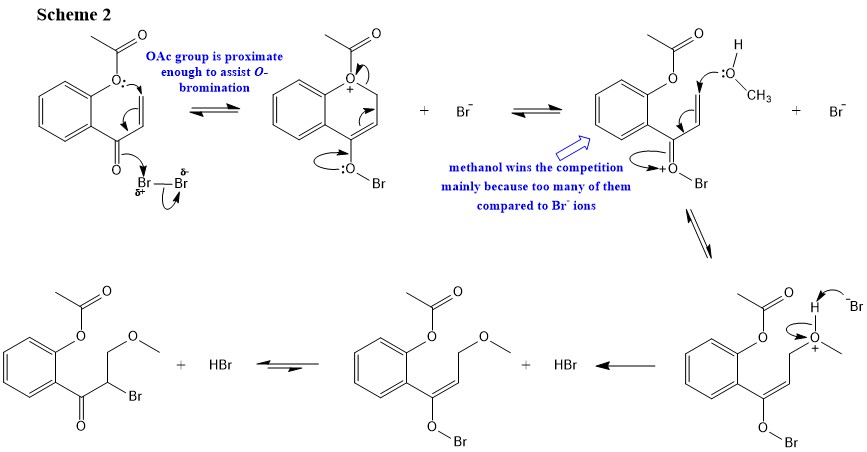