I am currently conducting a series of experiments in which I am studying the transport of polystyrene nanoparticles (PNPs) through sand and soil. This is done in sand/soil columns, into which I am injecting the PNPs solution using a peristaltic pump. The PNPs are fluorescent, so I am using a fluorimeter for detection. During the experiment, I am collecting the fluid that is leaving the column in a fraction collector, and as a result I am constructing a breakthrough curve that is supposed to show me the behavior of the PNPs compared to an inert tracer (bromide) that is also found in the inlet solution. 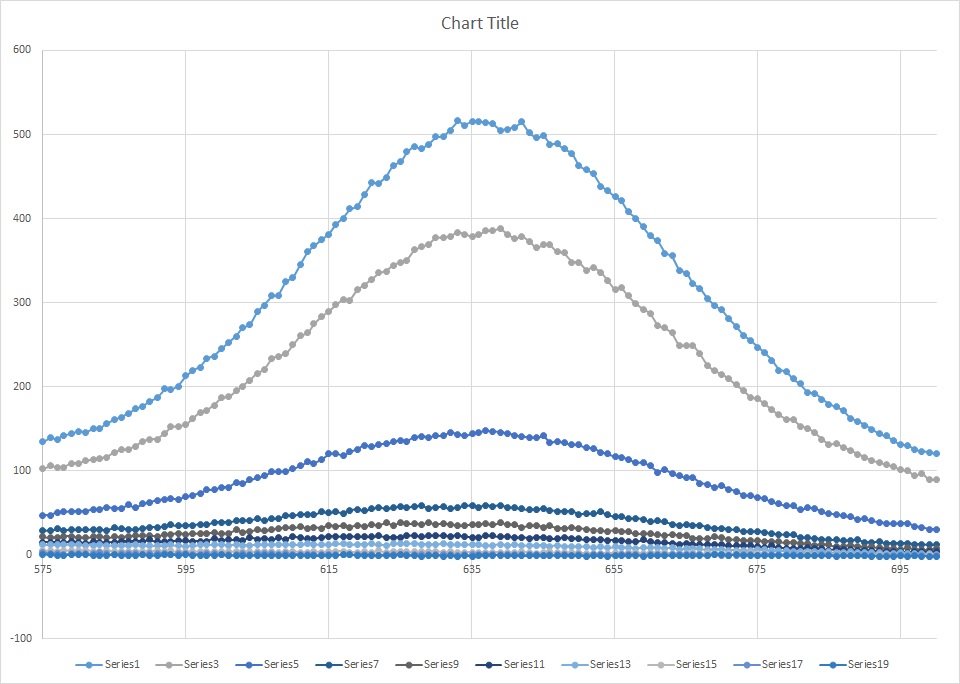 Then, when I came to take the appropriate intensities of my actual results, I obtained this graph:

The X-axis range is the same: 575-700 nm. I need to choose a certain wavelength and take the data pertaining to it.

Can I actually use these intensities, or would it be wrong because at 635 nm I don't have a max point?

Browse other questions tagged analytical-chemistry spectrophotometry fluorescence or ask your own question.

3
Precautions and tips for Qualitative Inorganic Analysis of Coins
5
Why should I acidify twice in the procedure for qualitative analysis of chloride anions?
3
Method and Tips for Inorganic Qualitative Analysis
3
When making a calibration curve, do we have to use the wavelength at maximum absorbance?
2
Does a calibration curve of absorbance vs concentration need to pass exactly through the origin?
1
What is responsible for the smell of incomplete hydrocarbon burning and what sensor can detect it?
2
What is the equation for solving the concentration of the unknown from a Single-point Standard Addition Calibration for Potentiometry?
0
When will the Lassaigne's method for detection of nitrogen and Kjeldahl's method for quantitative estimation of nitrogen fail?