Determining the formula of zirconium oxide

I am doing the following question (from the 1988 HSC Chemistry paper):

In the 19th Century the atomic weight of zirconium (Zr) was known but there was considerable doubt about the formula of zirconium oxide. Experiments determined the relative weight of the volatile chloride to be about 233.

Assuming that zirconium in the oxide has the same valency, this evidence suggests that the formula for the oxide is:

Any insights are appreciated.

Since oxygen in oxides has valency of $2$, then the formula of unknown zirconium oxide is $\ce{ZrO2}$.

By 'volatile chloride', are they referring to zirconium oxide or something else?

No, they refer to zirconium chloride $\ce{ZrCl4}$. They mention volatility probably to underline how zirconium and hafnium are separated — by differences in sublimation of their volatile compounds.

No, this means that zirconium in both oxide $\ce{ZrO2}$ and chloride $\ce{ZrCl4}$ has the same valency.

It is always helpful if you also cite the reference from which you are quoting the question. The "relative weight" is old terminology which you will find in 19th-century chemistry textbooks which is the same as molecular weight. Since nobody could determine absolute weights (and the practice still continues), the term relative is added. All atomic weights quoted today are also relative but the word relative is 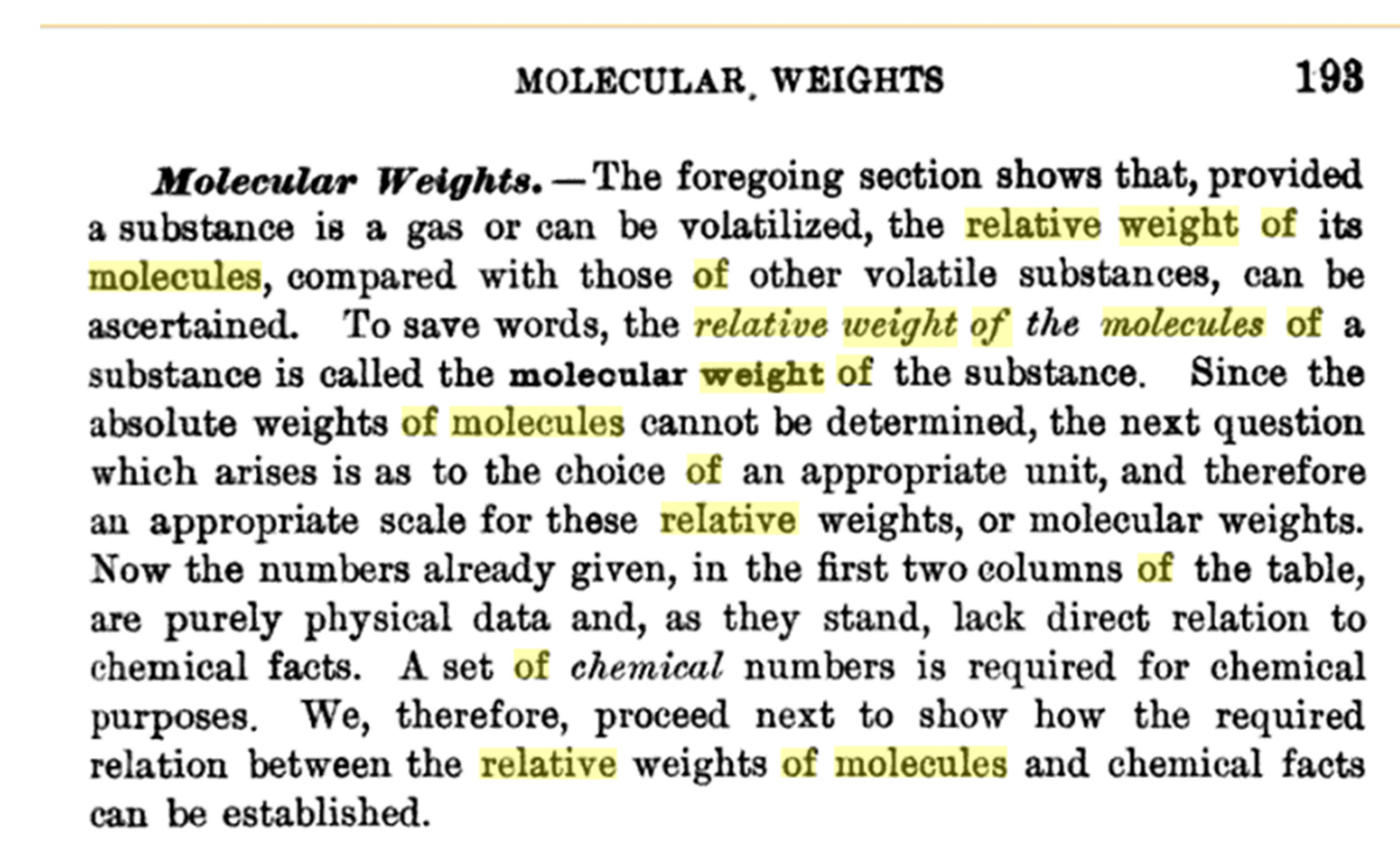 often omitted today and perhaps taken for granted. I am adding a screenshot of an early 20th-century book, Introduction to inorganic chemistry By Alexander Smith

The second part "Assuming that zirconium in the oxide has the same valency" simply implies that the oxidation state of Zr in the chloride is the same as the oxide. This helped the chemists in the laws of definite proportions.

9
How to determine the empirical formula for an unknown iron oxide?
1
Given volume of reagents find the chemical formula of nitrogen oxide
1
Determining reaction formula from optical absorption graphs
0
When recovering Copper from Copper Chloride via Aluminum, why can't we use Sodium instead to make Sodium Chloride?
8
Calculating the theoretical Density of a Lithium oxide
1
How did early chemists measure mass of atoms?
2
What did Richter mean regarding an acid base reaction?