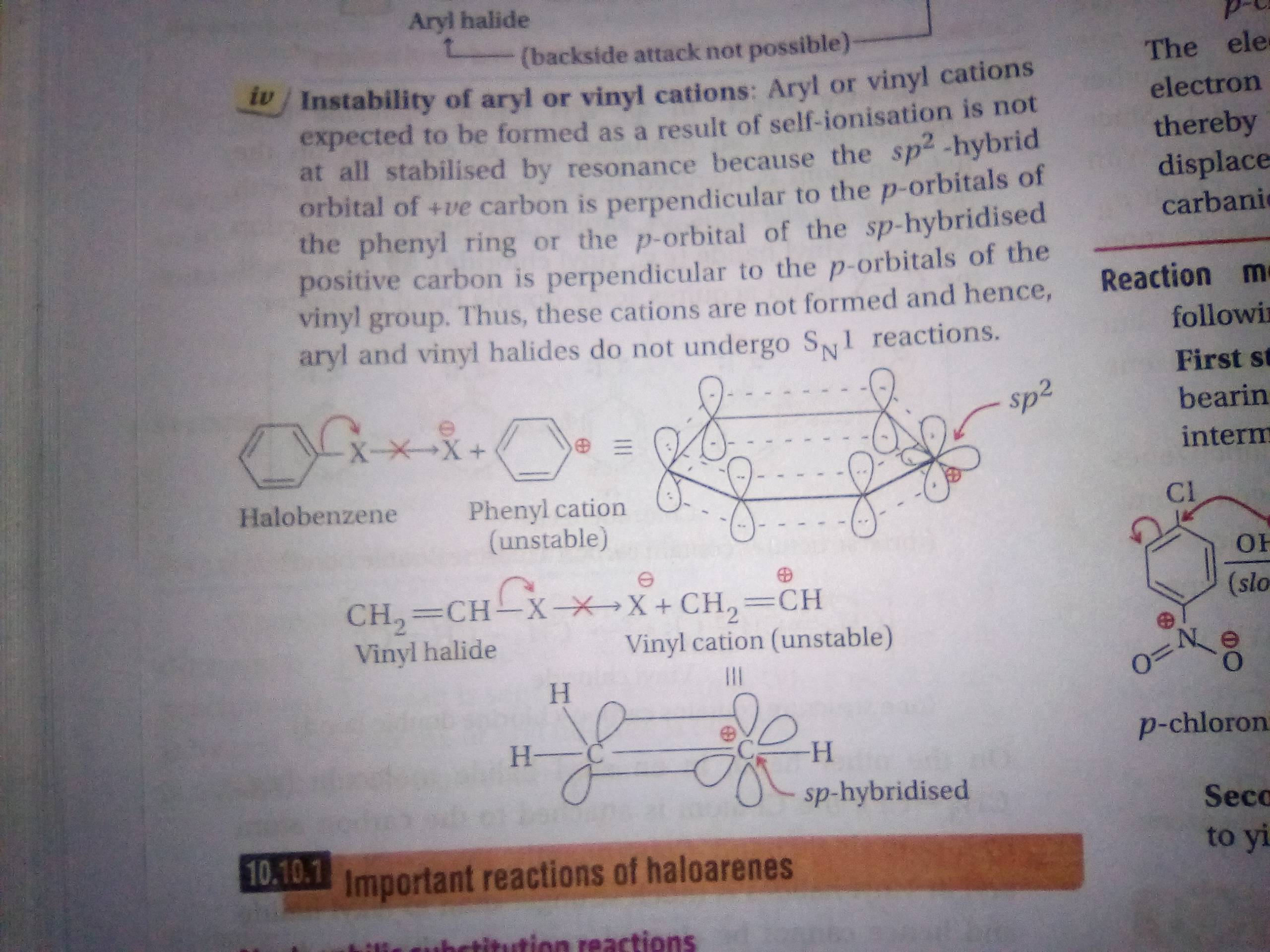 As depicted, it is unlikely that the halobenzene splits to yield the phenyl cation, because the phenyl cation is of very high energy. It is of very high enery since the then empty C(sp2) orbital is not stabilized by the neighbouring C(p) orbitals (which otherwise create the continous cyclic cloud of electron density above / below the plane of the benzene molecule). Since the empty orbital (formal positive charge) is pointing away from the molecule -- think as pointing into the direction of the formerly bond halogen atom -- there is no stabilization of this orbital possible. A better visualization is the following one:

While the dissociation drawn in your reference for halogen is unlikely, I would however object the idea that aryl cations can not exist. The intermediate generation of the aryl diazonium ion at low temperatures, typically followed by release of nitrogen gas (triple bond $\ce{N#N}$) is one of rare cases where this high energy situation may be compensated, offering a wide array of subsequent chemistry. 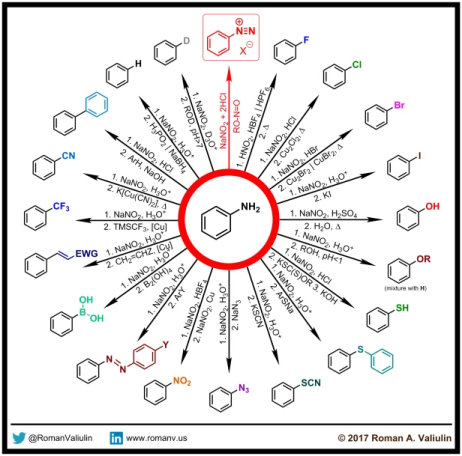 Well here is a simple answer to your question.

Consider the resonating structures of aryl halide and vinyl halides. You will find that the C-X(carbon-halide) bond will have partial double bond character. Now double bonds are more powerful than single bonds. Hence they will not break easily and hence aryl and vinyl halides are less reactive towards neucleophillic substitution reaction.

Not the answer you're looking for? Browse other questions tagged organic-chemistry reaction-mechanism molecular-structure stability hybridization or ask your own question.

0
Mechanism in formation of acetals
4
Why is allyl chloride more reactive towards substitution than alkyl chloride?
13
Are carbocations necessarily sp2 hybridized and trigonal planar?
8
Bromonium ion or Mesomeric effect ( intermediate during addition to alkenes)
1
What is the necessity of re-hybridisation of carbon in the transition state of SN2 reaction?
2
Molecular Orbital Hybridization vs Delocalization for positive charge stabilization
6
Why is phenyl carbanion aromatic?