I find the notation a bit hard to follow. How does Frank Noe and others derived equation 1? 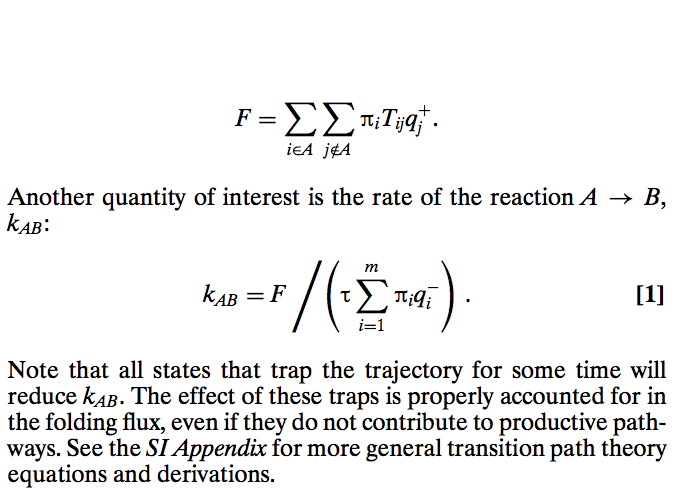 In the supplementary information they don't really explain and aren’t careful with the math notations: 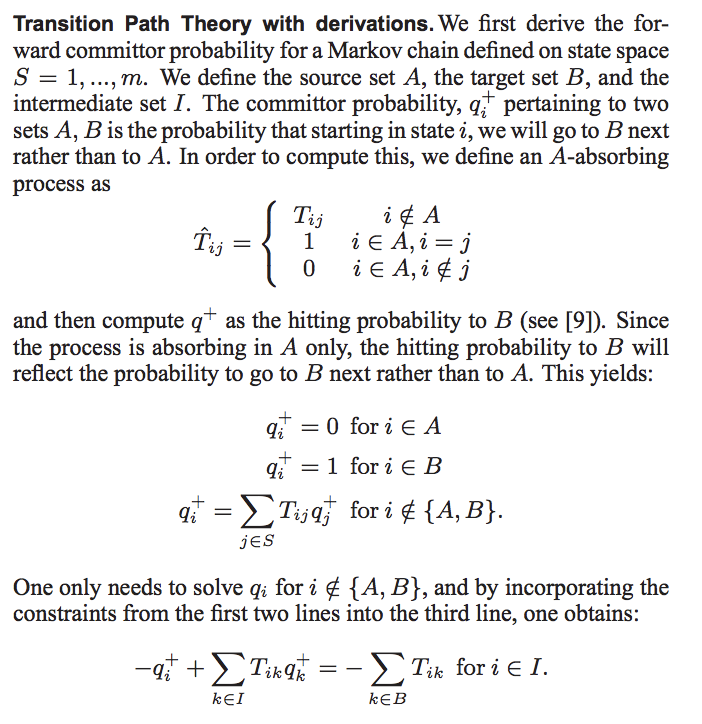 Let us start by defining all the terms in Eq. 1 carefully, as the OP does not do so. I have always found it easier to interpret such models in the context of particles flowing from state to state, and that is the picture that I will try to present here.

Not the answer you're looking for? Browse other questions tagged molecular-dynamics or ask your own question.

1
Separating two sugars according to their heavy atoms - Steered Molecular Dynamics
1
Constructing potential energy surface of a periodic system, how to deal with atoms moving out of the supercell?
1
How to calculate size of a specific cavity in a protein for every frame in trajectory file?
3
How to extract force when the center of mass of molecules is put in the box in GROMACS?
3
How much time for a water molecule in pure water to reach the top of a glass of water?
2
How can I build the wyoming like montmorillonite unit cell in avogadro for a molecular dynamics simulation?