Why total heat of hydrogenation of 1,3-cyclohexadiene is more than that of benzene?

Also, what is the general approach to the problems like this? Say, I encountered napthalene and some hydrocarbon which contains about 2 rings and have π bonds less than naphthalene, just like stated above – then how shall I decide?

Is there any specific rule like if a compound will be aromatic then it's HOH will be reduced by this amount or something like that?

Yes. The relatively smaller Heat of hydrogenation (HOH) for benzene as compared to that for 1,3-cyclohexadiene is due to the aromaticity of the first. Analyzing the thermochemistry is indeed among the first and perhaps more intuitive ways to present and quantifies aromaticity itself.

While for B the HOH is about double as compared to that of cyclohexane and thus is according to the assertion in the question, the conjugation in C does results in a "lower than expected" value.

The 8 kJ/mol difference is the energy of resonance of the two conjugated double bonds.

The situation is even more striking for D as this difference from "an expected value" amounts now to about 152 kJ/mol. This is again a measure of stability and its distinctively high value is a manifestation of aromaticity.

The HOH of benzene is even less than that of cyclohexadienes. This shouldn't come as surprise though, as for there are not really double bonds.

Once you disrupt aromaticity, then you can think again in terms of individual double bonds (although delocalisation may occur to little extent, as in C). And this fact should answer the question "why HOH of benzene is higher than that of cyclopentene?", too. 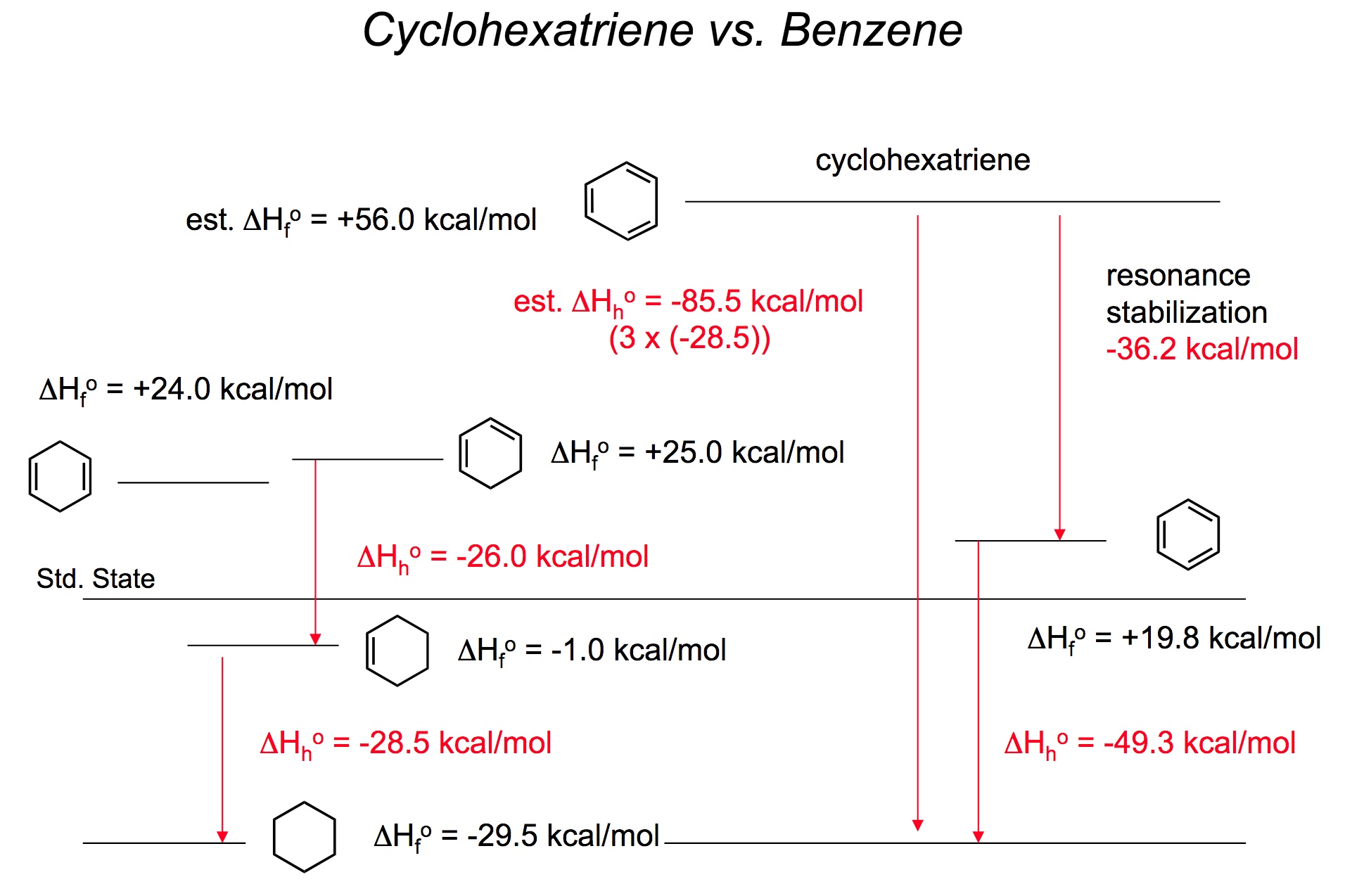 Not the answer you're looking for? Browse other questions tagged organic-chemistry heat hydrocarbons aromaticity or ask your own question.